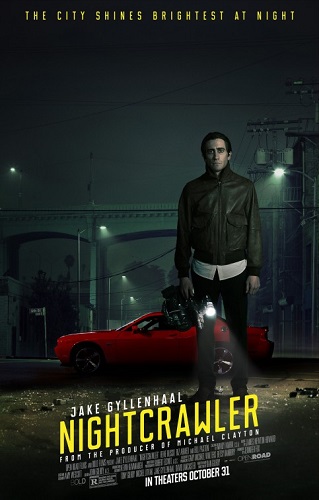 One of 2014's underrated gems was Nightcrawler, a dark and gritty neo-noir film starring Jake Gyllenhaal as a young hustler who gets sucked into the sordid but lucrative business of trolling the streets of Los Angeles to film fires, car crashes - and murder. It's not precisely horror, but its wickedly dark tone certainly caught my attention - and it is now available on Netflix streaming!

Los Angeles denizen Louis Bloom (Jake Gyllenhaal) survives by scavenging and petty theft. He stumbles into a new career as a cameraman and -- armed with a camcorder and police scanner -- begins nocturnal forays across the city in search of shocking and grisly crimes. When he catches the eye of a shopworn news director (Rene Russo) who welcomes the chance to raise her station's ratings, Louis goes to increasingly greater lengths to catch the "money shot."

The film was thrilling, especially set against the reflection of neon and flashing red and blue lights in LA's blood-soaked streets, Crime photography has always fascinated me, and the dark side of it the movie presented really drew me in. I also really dug the weird-o character Gyllenhaal played (he did such a phenomenal job in this role), who I actually started to sympathize with as the film went on, despite how he far he spiraled. And the quirky bits of dark humor his character injected into the film really made me like him even more! The social commentary aspect of the movie was also timely, especially when most people have access to film/photograph almost anything 24/7, not to mention our culture having an intense fascination with disasters and accidents that may lead to death.

I highly recommend you check out Nightcrawler, streaming on Netflix now, but also available on other places as well as on Amazon!
Posted by Sarah E. Jahier at 1:30 PM No comments: 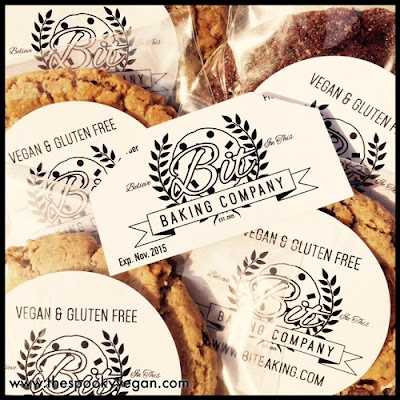 Is there anything better than a perfect vegan cookie? I think not! So when Bit Baking Company contacted me to review their vegan and gluten-free cookies, I couldn't say no! A delightful package arrived a few days later full to the brim with four different flavors from this Michigan-based company. Each of the cookies were wrapped individually and a good size, about the size of my palm. 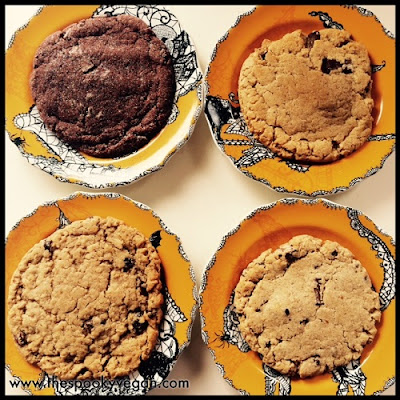