My Story on Going Vegan 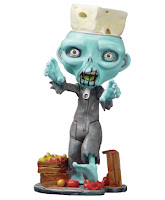 I recently went vegan after learning the truth about where our meat, milk, cheese and eggs come from. I feel silly and ignorant about it now, but I had no idea slaughterhouse conditions were so deplorable or just how cruel and inhumane slaughter methods are. I also learned just how unhealthy and unnecessary meat-consumption really is. After just a few days of educating myself on animal welfare, humans’ dietary needs (no, we do not need meat to survive!), the environmental impact of our meat-eating ways, how we’ve been brainwashed by advertising to believe that milk, eggs and meat are good for us, and many other issues, I was convinced that going vegan was the right thing (and only thing) to do.


I went vegan cold turkey, much like I had quit cigarettes about a year ago. Going cold turkey is certainly not for everyone, but for me personally it’s the only way to go. For me, it’s gotta be a 100% commitment or nothing.

Going vegan isn’t as difficult as some people make it out to be. I feel much better without all that decomposing meat in my system and I know I’m making a positive difference in this world. I’ve been discovering and trying new foods with wild abandon and realize that being vegan doesn’t mean “giving up” food, but rather embracing a whole new way of eating that benefits the environment, the animals, our planet as well as myself. 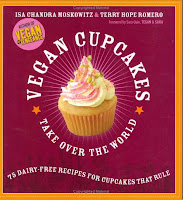 It’s a powerful thing when you realize that you are setting an example for your friends, family, co-workers and others around you by going vegan. I’ve gotten so many questions/comments as to my lifestyle switch since I went vegan! The attention hasn’t been all positive, but I’ve influenced more than a few people to try to eat more vegan foods, and all without being pushy or obnoxious!

For example, the other night I whipped up a batch of the fabulous carrot cake cupcakes for the spectacular Cupcakes Take Over the World book. I fed them to a group of guy friends that had come over (without telling them they were vegan) and they gobbled them right up! They were rather impressed that the cupcakes were vegan fare…

It's these little triumphs that make me smile as well as the bigger picture of saving animals' lives and the environment.

Email ThisBlogThis!Share to TwitterShare to FacebookShare to Pinterest
Labels: about me, vegan