10 Horror Movies You Need to See this October 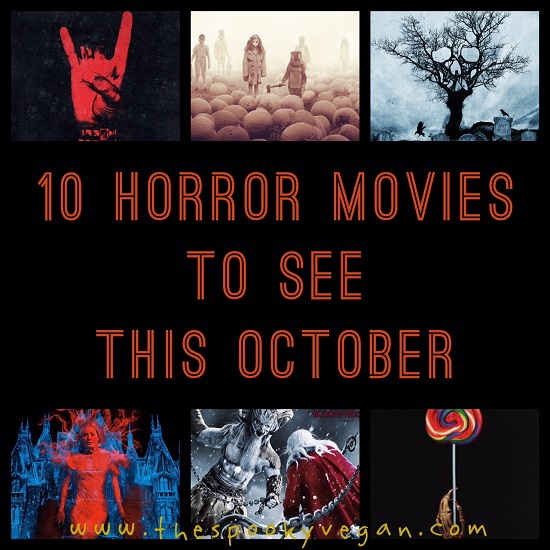 October is going to be a busy month as a whole heap of horror movies are being released or are already in theaters/on video on demand! I mentioned a few of these in a post I did at the beginning of the year (read it here), but since then I've learned of even more horror movies I'm looking forward to, and the bulk of them are coming out this autumn season! Check out the 10 horror films that you need to check out this autumn below! 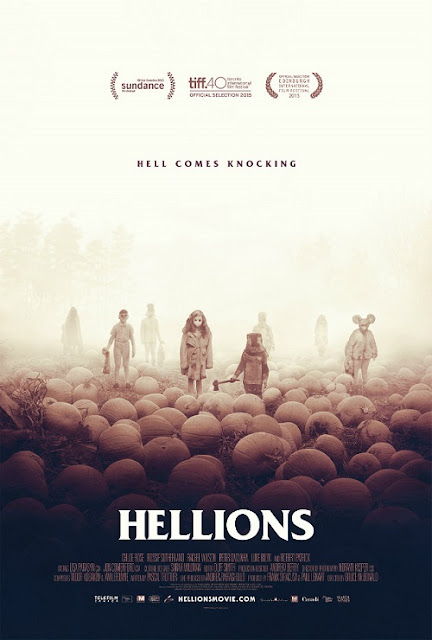 Hellions - A teenager must survive a Halloween night from Hell when malevolent trick-or-treaters come knocking at her door. This looks like a psychedelic fever dream through Halloween! I am loving the costumes of the evil trick or treaters and the general premise, I just hope it has a story that's well-developed instead of just relying on trippy visuals. It hit select theaters, iTunes, and VOD September 25th, 2015. 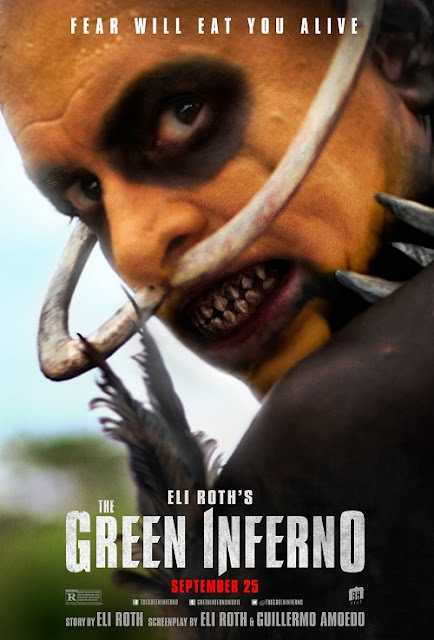 The Green Inferno - A group of student activists travel from New York City to the Amazon to save a dying tribe. Unfortunately, they crash in the jungle and are taken hostage by the very natives they protected. This movie's release has been delayed time and time again, but it is finally out in theaters! Can't wait to check out Eli Roth's trademark gore and carnage! This was released in theaters September 25th, 2015. 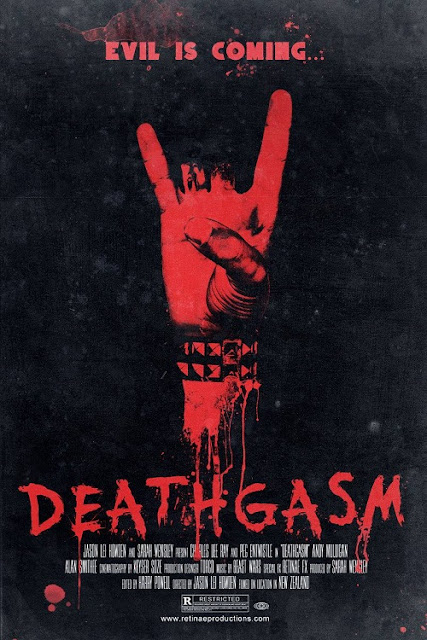 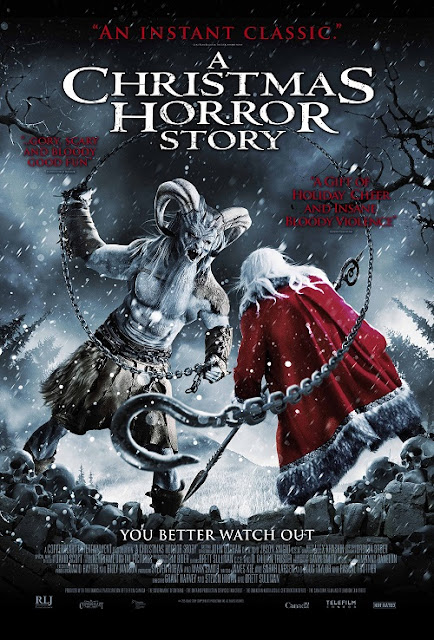 A Christmas Horror Story - It's the season of joy, peace, and goodwill... unless you live in Bailey Downs. Last Christmas Eve, two teens came to a grisly end in a school basement. Now, one year later, a new set of horrors has come to town. As three friends explore the site of the massacre, a malevolent spirit is determined to keep them there forever. One of the first cops to the scene of the murders has new complications as his son exhibits terrifying and violent behavior. And when a local family seeks reconciliation with an estranged aunt, they suddenly find themselves running in terror from Krampus, the demonic anti-Santa Claus. Not even St. Nick is immune to the terror as he fights a horde of zombie elves. This is destined to be a holiday no one will ever forget. It looks a little cheesy and low-budget, but you'll get your ho-ho-holiday horror in early, as it releases October 2nd, 2015. 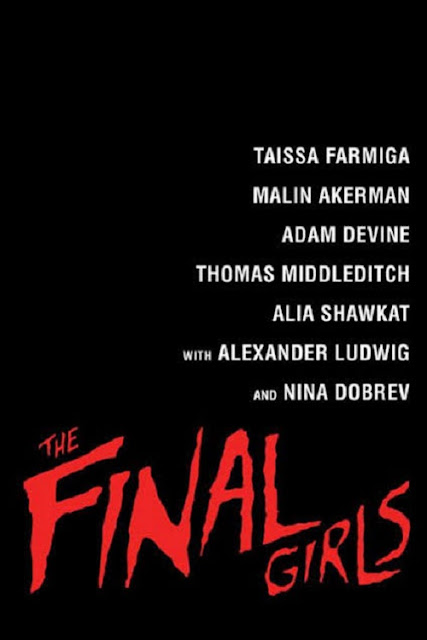 The Final Girls - A young woman grieving the loss of her mother, a famous scream queen from the 1980s, finds herself pulled into the world of her mom's most famous horror movie. This made my list back in January, but I was pretty lukewarm on it. However, after seeing a trailer I can say that it's shot to the top of my list! I love the concept of this film, and how it is trying something clever to turn horror tropes on their head and poke a bit of fun at the horror genre while still honoring the legacy of slasher flicks and scream queens! Coming October 9th, 2015. 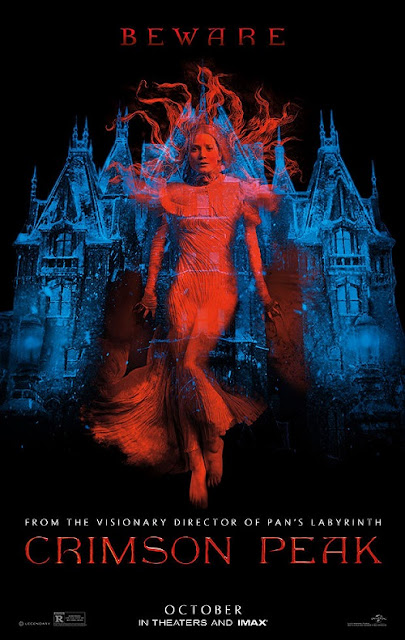 Crimson Peak - When her heart is stolen by a seductive stranger, a young woman is swept away to a house atop a mountain of blood-red clay: a place ﬁlled with secrets that will haunt her forever. Between desire and darkness, between mystery and madness, lies the truth behind Crimson Peak. Who isn't excited for this gothic supernatural tale movie by Guillermo del Toro?! Coming to theaters October 16th, 2015. 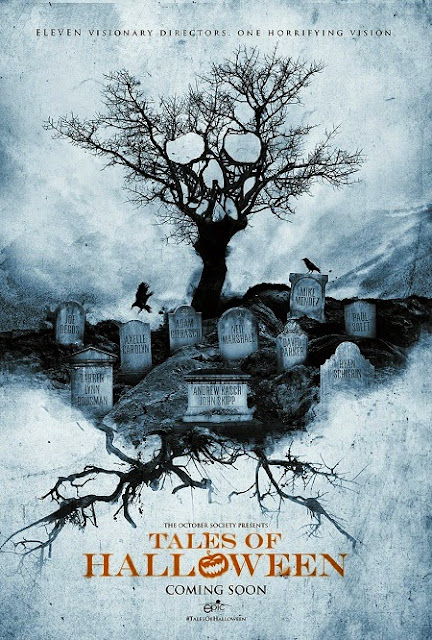 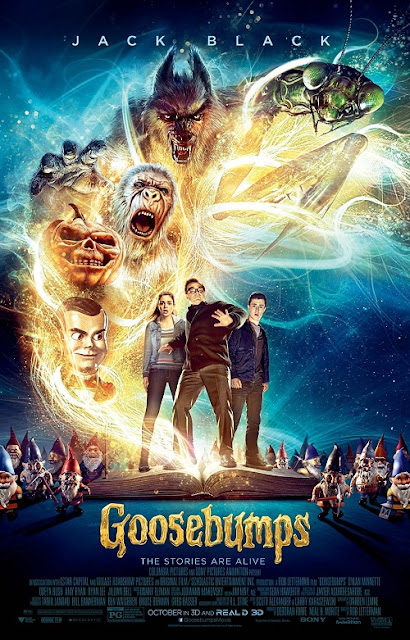 Goosebumps - A young man battles monsters conjured from the mind of horror writer R.L. Stine. I realize this isn't a horror movie, but what horror fan didn't love Goosebumps growing up? Even though this looks a little cheesy and the CGI kinda takes away from it all, I'm still hoping it puts a smile on my face, if nothing else but for nostalgia's sake. It will be in theaters October 16th, 2015. 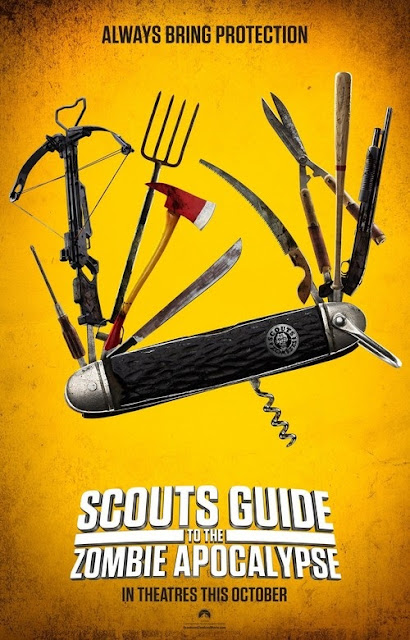 Scouts Guide to the Zombie Apocalypse (aka Scouts vs. Zombies) - Three Boy Scouts join forces with a tough cocktail waitress to save their once-peaceful town from an all-out, zombie invasion. This one also looks like a lot of fun, with scrappy young characters fighting tooth and claw against hordes of the undead. Coming October 30th, 2015. 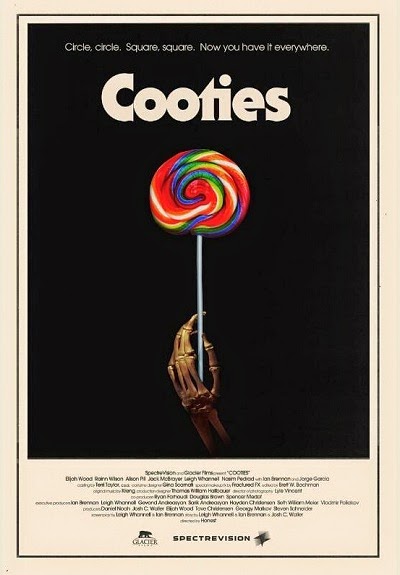 Cooties - Elementary-school teachers (Elijah Wood, Alison Pill, Rainn Wilson) come under attack from children who have been turned into vicious monsters (i.e. zombies) by contaminated chicken nuggets. This zombie movie looks like goofy fun. It was supposed to be released last year, and it is finally seeing a limited release in theaters and should be coming to VOD soon.


BONUS ROUND: I have to make an update to the original post since I totally forgot to include a film I should have (sorry, Goodnight Mommy fans, it won't be that film since it left me underwhelmed). My pick for the eleventh horror movie you should see this October is... 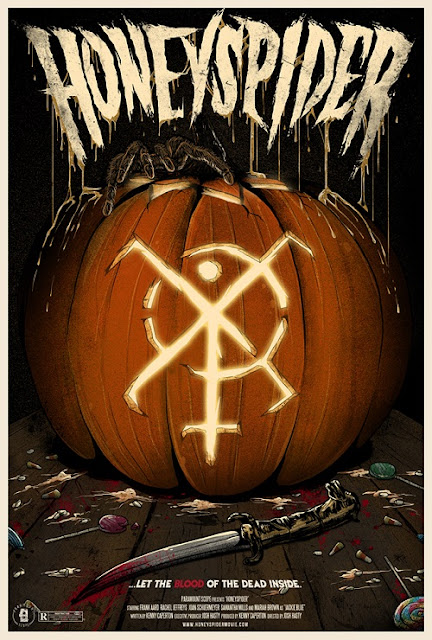 Honeyspider - The film takes place in 1989 on Halloween day and follows college student Jackie Blue (Mariah Brown) as she slowly unravels, all while a mysterious stranger watches over her every move. Soon she finds herself helplessly trapped like prey in a spider’s web, and all she can do is try to survive the night! This indie film looks like it has an awesome vintage Halloween vibe and I'm hoping for a unique story rather than the typical slasher. It hits DVD on October 6th, 2015!


What horror movies are you looking forward to this October?
Posted by Sarah E. Jahier at 7:00 AM