What I Ate: Pizza and Donuts Edition 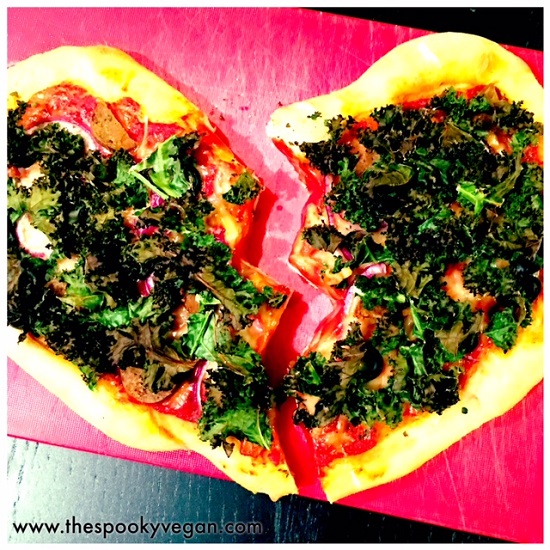 Well, February appeared to be a pretty decadent month for me, at least based on what I ate. Looking at the photographic evidence, my diet seemed to consist of a lot of pizza and donuts. Oops or success, depending on how you look at it!

Though I wish I could subsist on pizza and donuts alone, I cannot, while I do looooove both! I promise I eat healthy on occasion, though I don't usually take pictures of my healthier meals. I'll make a better effort to document my healthier meals in the future! In the meantime, though, you can join me in drooling over the many pizzas and donuts I enjoyed in the last month, as well as a few other decadent meals and a few healthy ones as well! 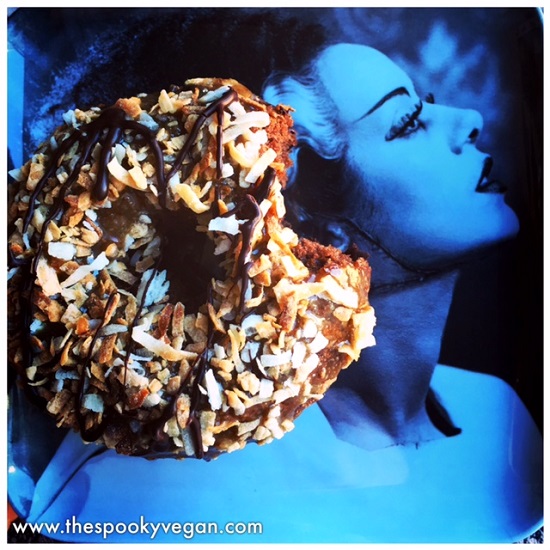 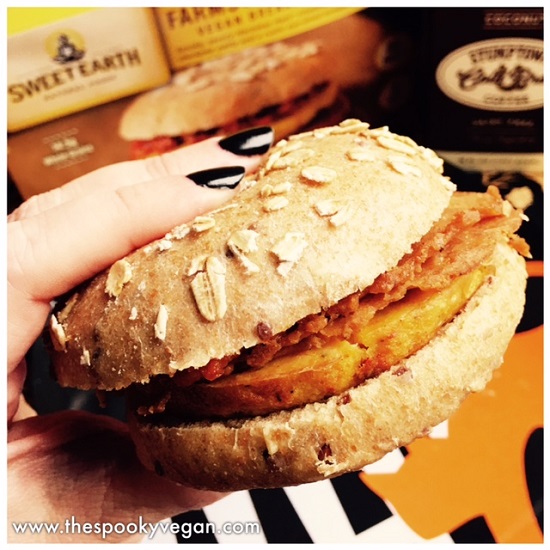 I can't get enough of Sweet Earth Foods' Farmstand Flaxbread Vegan Breakfast
Sandwich! Check out my full review of these delightful sammies! 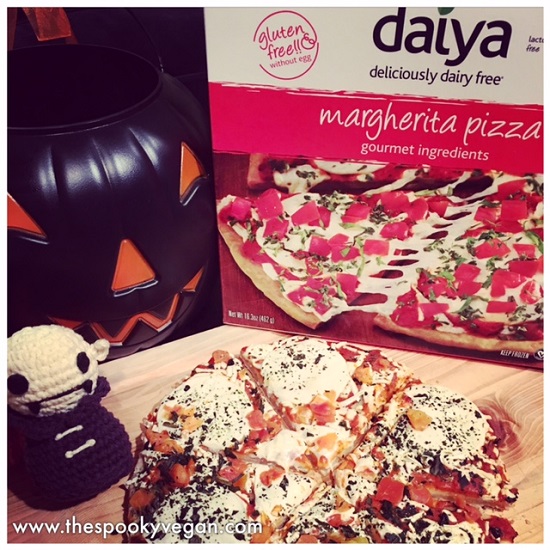 My local Sprouts grocery store FINALLY started carrying Daiya's
Margherita Pizza! Lil' Nosferatu (made by my talented mom!) and I
couldn't wait to sink our fangs into this pie! 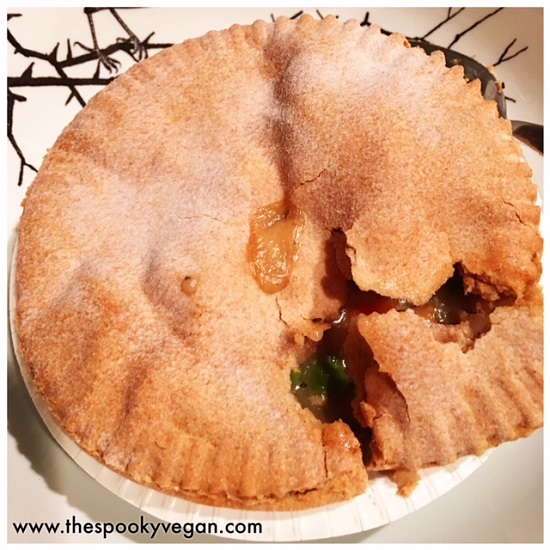 Amy's vegan pot pie was a perfect quick dinner on a chilly night! 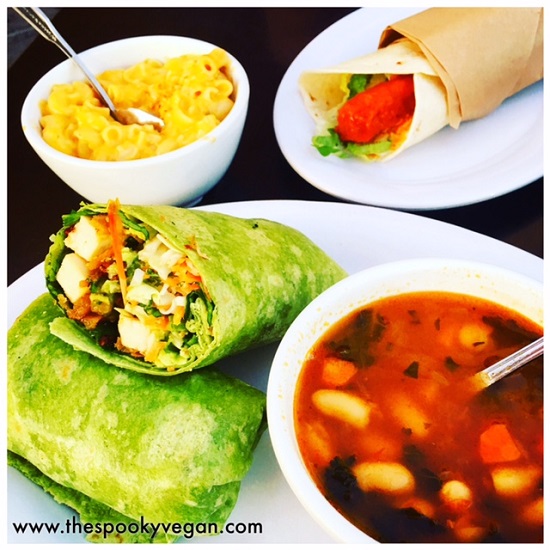 Veggie Grill is always a good idea - this is their Tofu Thai Wrap with a
side of Kale Soup, plus mac and cheese and Buffalo Mini Wrap for
Mister Spooky. 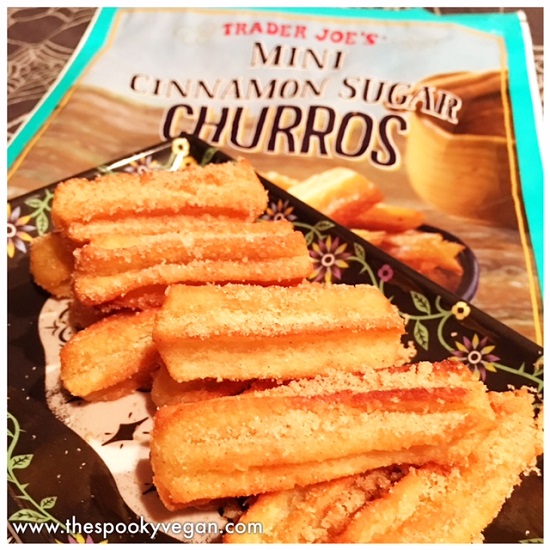 I'm addicted to Trader Joe's mini churros - it is REALLY hard not to eat
the whole bag when I make them! 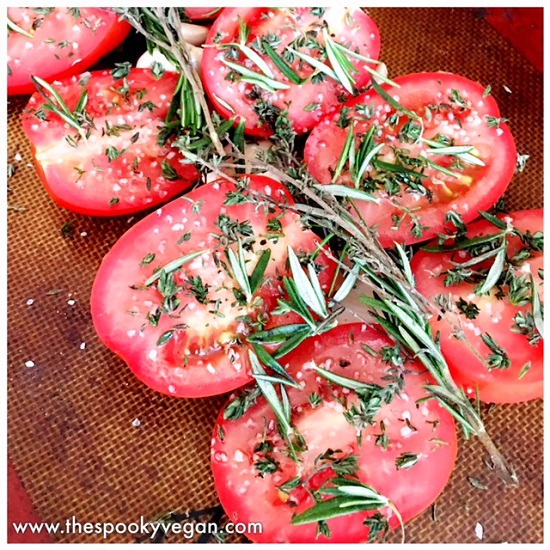 See! Look! I eat healthy sometimes! These delights were Roma tomatoes sprinkled
with sea salt, thyme, and rosemary and drizzled with olive oil before going
into the oven to roast. Sometimes the simplest foods are the tastiest! 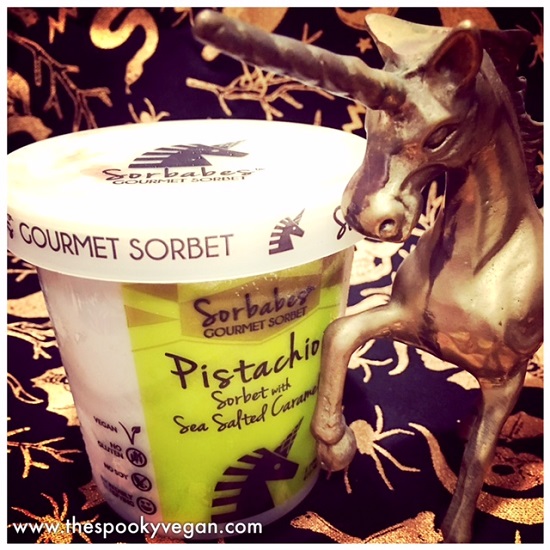 This Pistachio Sorbet with Sea Salted Caramel from Sorbabes is AMAZING!
And their unicorn logo is perf! I love unicorns and the gold one above is a prize
possession I picked up antiquing with my parents when I was younger. 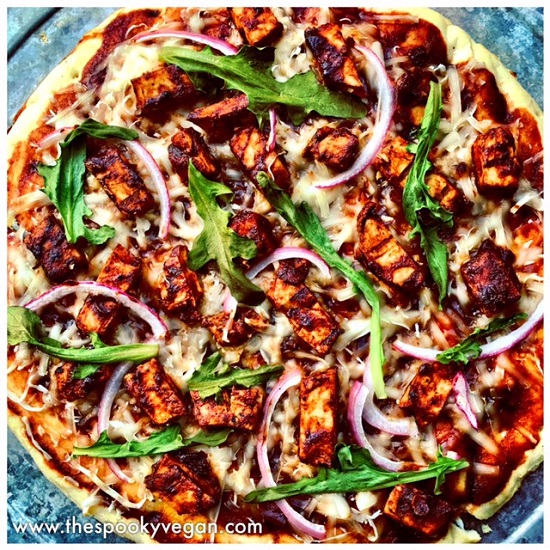 Vegan BBQ chick'n pizza [recipe]!! This was one of the best pizzas I've ever made!
Slathered some store-bought vegan pizza crust w/ BBQ sauce, topped with
vegan mozzarella, onions, and Beyond Meat's chick'n strips that I cooked a
bit and then tossed in BBQ sauce. The last five minutes in the oven I threw a
few sprigs of arugula on top. OMFG, why didn't I make this sooner?! 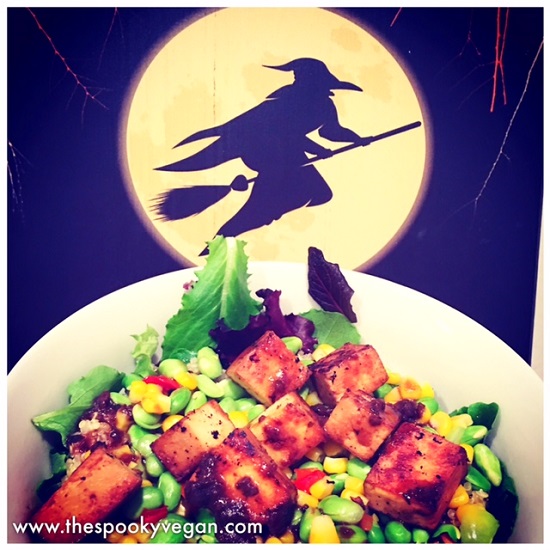 Hey, lookit, another healthy meal! This was a bowl full of baby greens, quinoa
(hidden there somewhere), edamame, corn, red peppers, and marinated tofu
topped with a bit of balsamic vinaigrette. Simple and yummy! 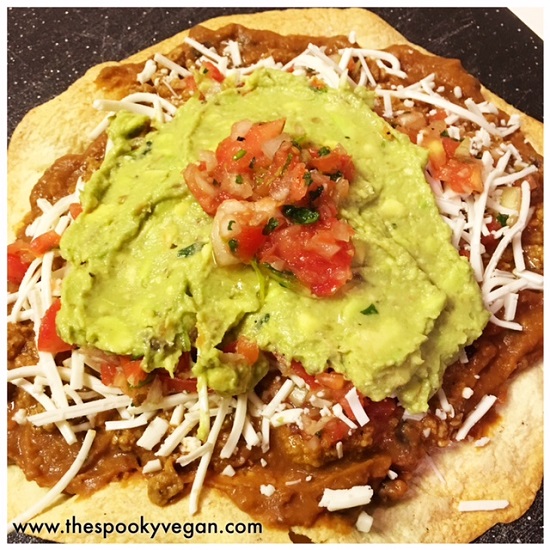 Not the prettiest, but quick and tasty! Crispy tortilla topped with refried beans,
Beyond Meat crumbles, salsa, Daiya cheese and tons of guac! Nom nom nom! 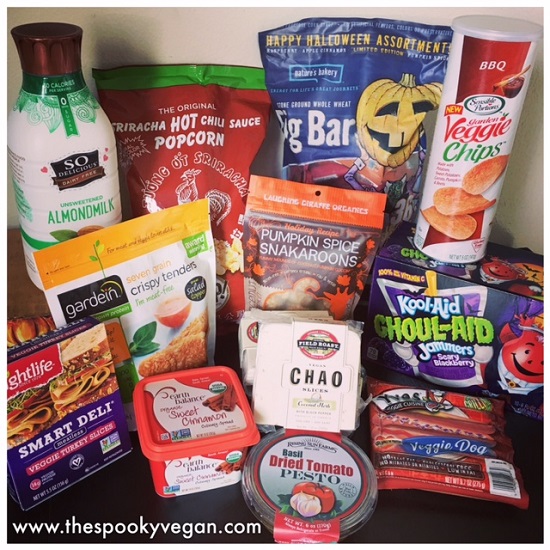 This is my grocery haul from discount store Grocery Outlet! One opened in Costa
Mesa, and I finally checked it out and scored big with all these vegan goodies
at discount prices! 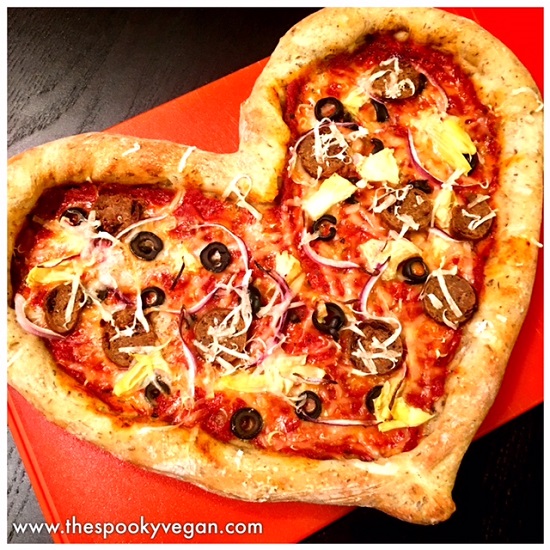 I heart pizza!! Another one I made for Valentine's Day, this one is Trader Joe's
dough I hand-formed into a heart, then topped with tomato sauce, vegan
cheese, artichoke hearts, onions, olives, and vegan Italian sausage! 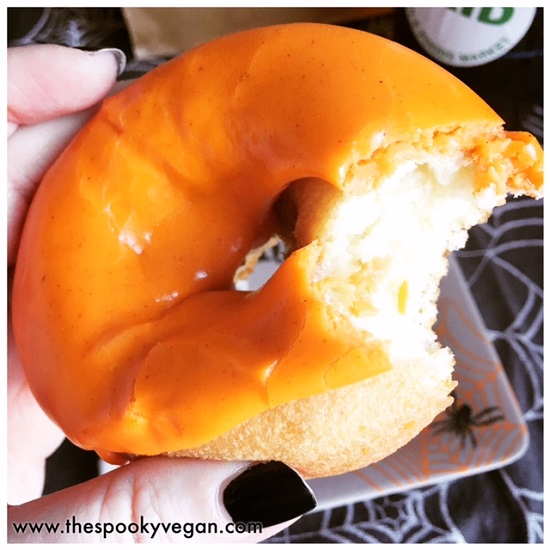 Annnnnnd more donuts! This is a vegan pumpkin donut I picked up from
Whole Foods in Tustin, CA. Pretty tasty and it was cheap, too!
Posted by Sarah E. Jahier at 8:30 AM