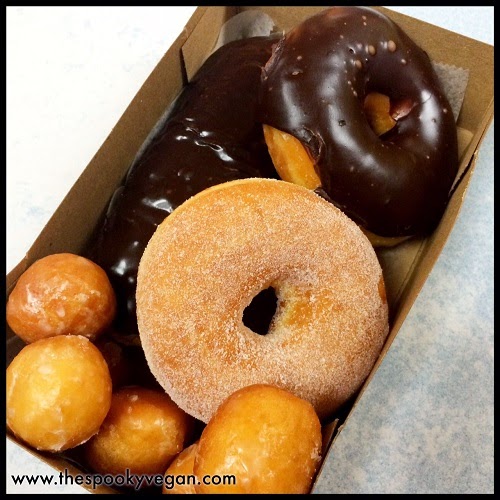 My box of vegan goodies! 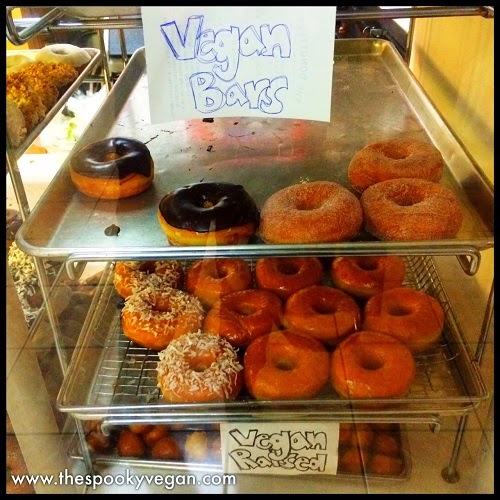 New vegan raised donuts and vegan donut holes! The tray for
vegan bars was empty, so I didn't get a pic of that.

I hit up The Donuttery this past weekend, and they were already low on a lot of their new vegan offerings (word spreads fast in the OC vegan community!), but I managed to snag two raised donuts to devour - a sugar one and a chocolate-glazed one - along with the last vegan bar they had and some vegan donut holes! 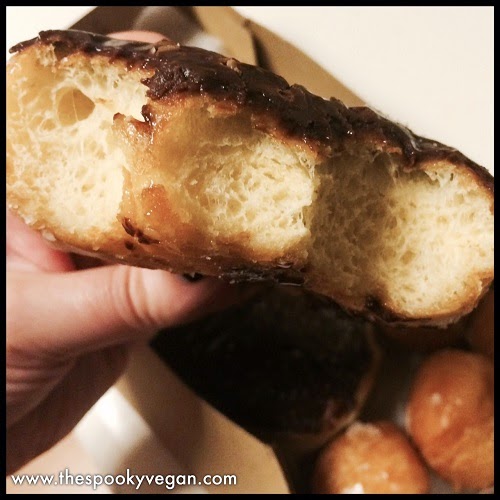 It's so fluffy and thick!

The raised donuts were really delicious and reminded me of the old fashioned donuts I used to have in my pre-vegan days. They were big, had great flavor, and their insides were so light and fluffy! The sugar one was good, but I definitely loved the one with the chocolate glaze best! I also got a chocolate bar and it was delectable as well! 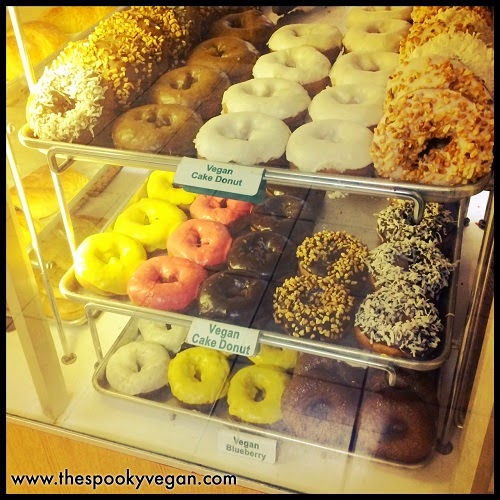 The Donuttery's selection of their vegan cake donuts!

I wasn't too fond of the donut holes, as they tasted a bit stale to me and didn't have much flavor. However, everything else was delicious and I can't wait to go back and try their other flavors, like a maple bar! I'm sure that they will begin introducing more vegan flavors to their raised donut selection as well!

Their vegan offerings are always growing, and if that wasn't enough their prices really can't be beat - I forget how much I paid for the new raised vegan donuts, but The Donuttery always offers a fair price for yummy, no-frills donuts that are available 24 hours a day! If you want fancy, elaborate donuts, I suggest Donut Bar (which is awesome, but always crowded and a bit on the pricey side), but I love The Donuttery for their simple (and simply delicious) donuts and their unbeatable prices!

For more info, visit The Donuttery's Facebook page!
Posted by Sarah E. Jahier at 8:00 AM