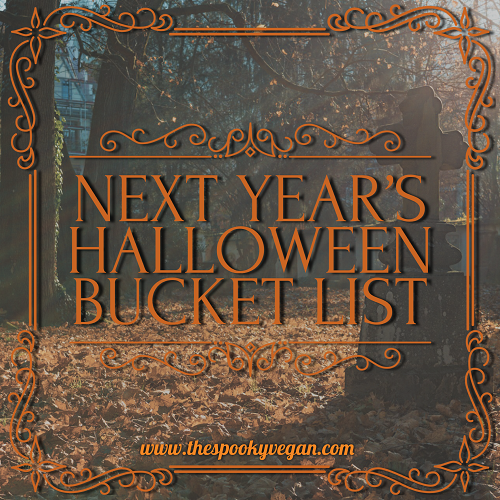 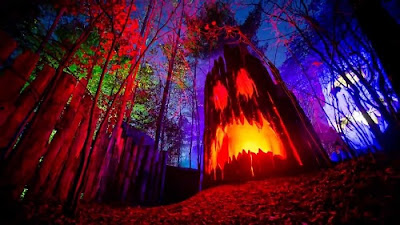 Haunted Overload - One of my goals next year is to get in some traveling, and my top destination is Haunted Overload in New Hampshire! It is a simply gorgeous haunt built in the woods of New England. If you have seen video or photos of it, you know it is jaw-droppingly amazing! I can't wait to visit there (and I know I'll want to stay forever)!

Salem, Massachusetts - Speaking of traveling, I would love to pop into Salem next fall as well - I'd rather visit during the off season, like in September or November, since October looks so touristy and crowded, but if I'm over on that coast for Haunted Overload I may as well visit Salem for a day. I'm sure there are tons of other incredible things to see/do in autumn in New England! 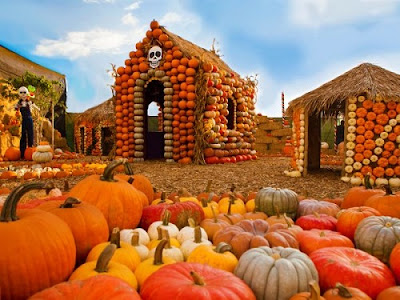 Mr. Bone's Pumpkin Patch - This pumpkin patch in Culver City, California is seriously swoon-worthy, filled with houses built out of pumpkins and other elaborate pumpkin displays. I've driven by it several times, but never stopped! I need to remedy that next year.

Apple Picking - I have never gone apple picking, though every year I want to! Next year I hope to take a little day trip up to the mountains to find an apple orchard (hopefully with an adjacent pumpkin patch!) to spend a delightful fall day. 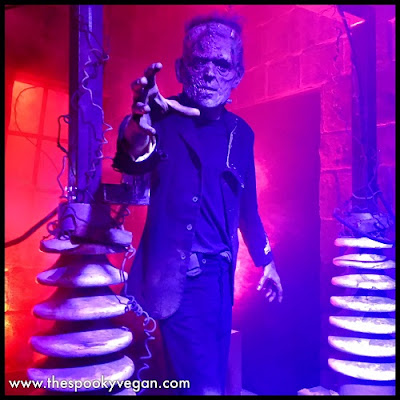 LA Haunted Hayride / Queen Mary's Dark Harbor / Universal Studios' Halloween Horror Nights / Warner Bros. Horror Made Here - I did all these major attractions this year and I want to do them all again next year, too!

Knott's Scary Farm - I still haven't made it to Knott's for their Halloween haunt in years! It's one of the closest attractions to me but every year I somehow seem to miss it. Hopefully next year I can actually attend! 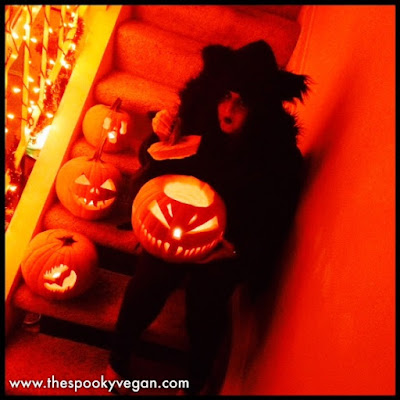 Wear a Costume - When we used to throw Halloween parties, I loved picking out a theme and basing my costume on that (or picking a costume and then working a theme around that, haha!). I never did anything too elaborate, but it was fun dressing up! Since we stopped having Halloween parties, I also stopped dressing up as much. I usually throw on something simple to pass out candy to trick or treaters, and we usually don't go to Halloween parties, so I haven't really worn a costume for quite some time. Next year, I hope to actually get dressed up!

Bake More - I've gotten into the habit of just buying vegan Halloween treats like cookies, pies, etc., but next year I'd like to bake more on my own and buy less pre-prepared goodies. 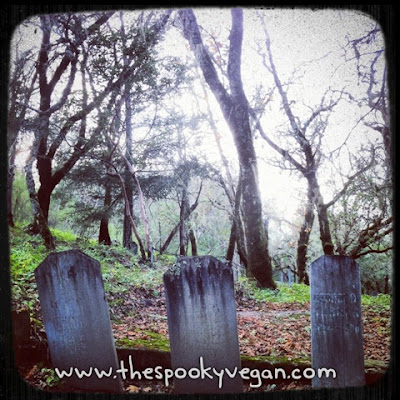 Photo from 2012 of old graves in Calistoga, CA (see more
in this post)

Spend Less Money on Stuff - I always get caught up in the furious delight of Halloween shopping - starting in July/August and going pretty much through October (and sometimes beyond, into November, if we count Halloween sales). I already have way too much Halloween stuff (I'm thinking of having another flea market type event where I can get rid of some things) and do not need any more! Next year, I want my money to go more towards events, experiences, and travel rather than just stuff.

Have you started making a wish list for Halloween 2019 yet? If so, I'd love to hear what is on your list!

Stay spooky and hope you are beating those Halloween blues!
Posted by Sarah E. Jahier at 7:00 AM