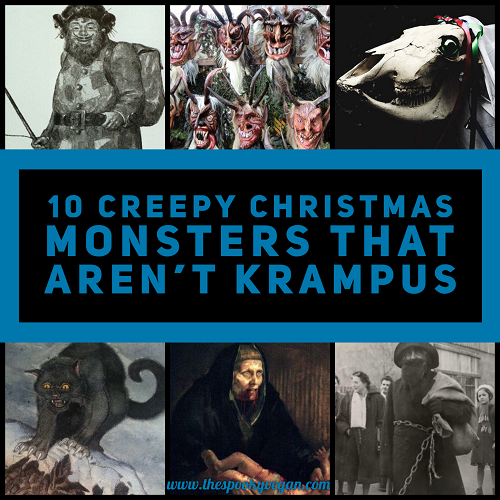 While I love Krampus and am tickled that he has gained so much popularity here in the U.S. in the past few years, I think it is high time some of the other holiday monsters get the spotlight. In case you didn't know, there are many other creatures stirring in European folklore that are every bit as frightening as Krampus. Let's look at a few, shall we? 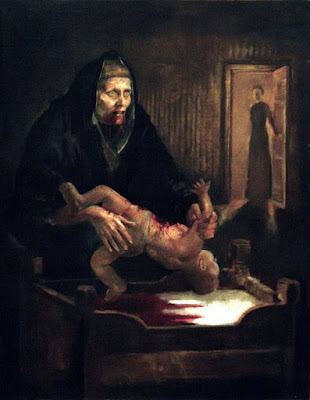 Grýla - This Icelandic ogre lives in caves in the mountains and she has the ability to detect misbehaving children. During Christmastime, she descends from her cave to gobble down those that have been naughty by making them into a stew. She is mother to the Yule Lads, who live with her and the Yule Cat. 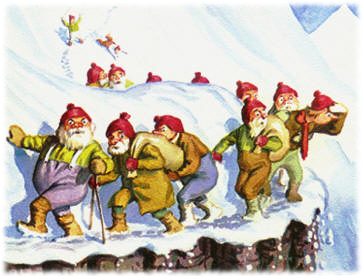 Yule Lads (Jólasveinar) - Sons of Gryla, these 13 gnome-like tricksters are known to steal food, harass livestock, lick spoons, and basically lurk around humans' houses and farms stealing stuff. Their names reflect the kind of mischief they like to cause, from Spoon-Licker to Door-Slammer to Sausage-Swiper to Window-Peeper. In some tales, they are much more violent and eat misbehaving children like their mother does. However, they have turned more benevolent in modern times, rewarding good children by placing gifts into shoes that children leave on windowsills. 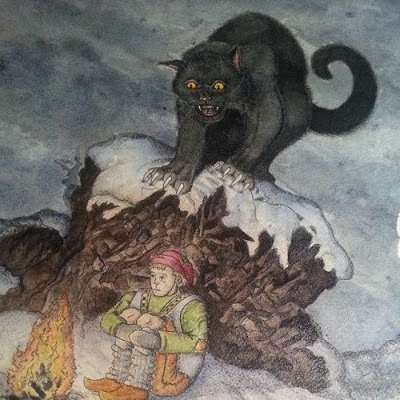 Yule Cat (Jólakötturinn) - The Yule Cat is another creature associated with Icelandic folklore, and this giant black cat stalks the snowy mountains during Christmastime and preys on those that have not received new clothes. You see, workers were often rewarded for hard work at the end of the year with new clothes, so if someone did not receive new clothes, it was assumed they were lazy and that the Yule Cat would devour them. You better work, ghoul! 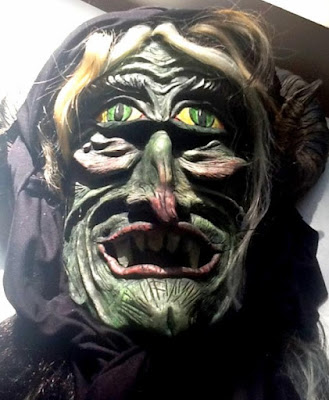 Frau Perchta - Perchta is descended from Germanic folklore and during the 12 days of Christmas she is known for rewarding the good and punishing the bad. She has earned the nickname of "Belly-Slitter" for her gruesome punishment of ripping out the internal organs of those that have been naughty and replacing them with garbage, straw, and rocks. She is either depicted as a beautiful, white-robed young woman or an old, ugly crone. Much like Krampus, there are Christmas processions where people wear Perchta costumes (usually depicted as the old crone) and parade through the streets. 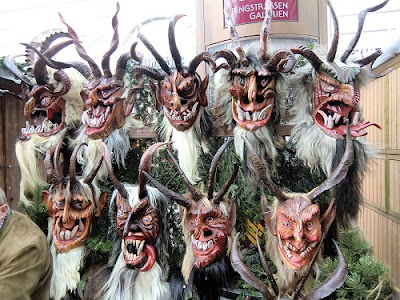 Straggele - Straggele are Perchta’s demon sidekicks, who travel alongside her and help her punish bad children. They kinda get her leftovers, and are known to rob children and tear them to pieces (to avoid this, people sometimes leave out food for them as offerings in hopes it deters them from tearing apart their children). 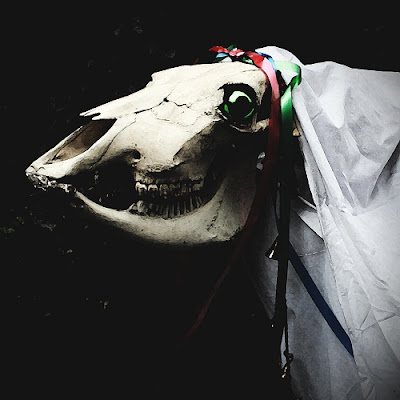 Mari Lwyd - Mari Lwyd is known as the Christmas zombie horse. A horse skull is hoisted on a stick, decorated with ribbons, bells, and is draped in a white sheet (so its bearers are hidden). A group with the Mari Lwyd travels from door-to-door asking for food and drink in rhyme. Traditionally, the Mari group knocks on a door and sings a song requesting entry, and the homeowners counter-song with a song refusing entry or challenges and insults. The Mari Lwyd group and the homeowners then engage in a battle of wits, trading riddles until one side loses. If the Mari Lwyd group wins, they are allowed entry into the home and given food and drinks. Belsnickel - Belsnickel originated in Germany and became popular in some pockets of the U.S. when immigrants brought the folktale to the Pennsylvania Dutch communities. He wears tattered, patched-together clothing and ragged furs, carrying a whip. He visits children around Christmas, snapping his whip to frighten the naughty and rewarding the good with candy. His name comes from a combination of the German "belzen" (meaning to wallop) and "nickel" for St. Nicholas. 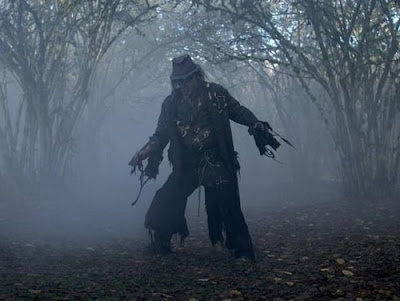 Hans Trapp - This creepy monster takes the form of a scarecrow and originated in France with the tale of a rich and cruel man named Hans Trapp. He was excommunicated from the Catholic Church for worshiping Satan, and exiled to the forest. There he disguised himself as a scarecrow and preyed upon children so he could eat them. One day, he was just about to eat a child he had captured when he was struck by lightening and killed. Trapp is used as a cautionary tale for children to behave, or else he will come dressed as a scarecrow to punish bad kids around Christmas. 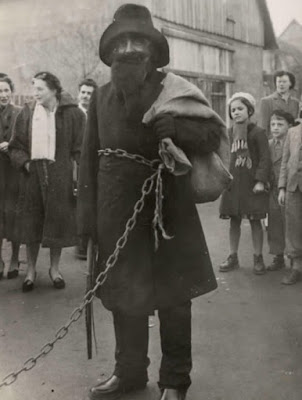 A man dressed as Père Fouettard

Père Fouettard - Another France folktale of a child-eating monster, Père Fouettard ("Father Whipper"), was an evil butcher (or innkeeper, in some versions of the tale) who plotted with his wife to rob and kill three children. When the children were killed, they were prepared in order to be eaten, but St Nicholas intervened and resurrected the boys. As punishment, St. Nicholas made Père Fouettard his eternal servant, whose role is to dispense punishment to bad children on St. Nicholas Day. 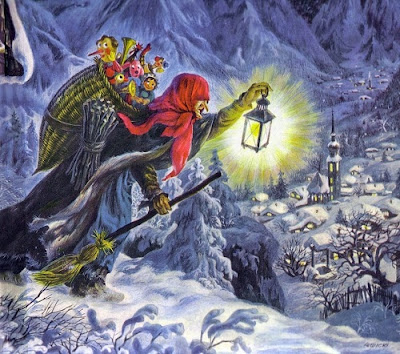 La Befana - This Italian Christmas witch isn't a monster, but I wanted to include her anyway as she is near and dear to my heart. I grew up celebrating La Befana on January 6th - it was like a second Christmas, where my sister and I got small presents from La Befana, who is a benevolent witch that brings well-behaved children small gifts. You can read more about La Befana HERE!

Who are your favorite Christmas monsters?