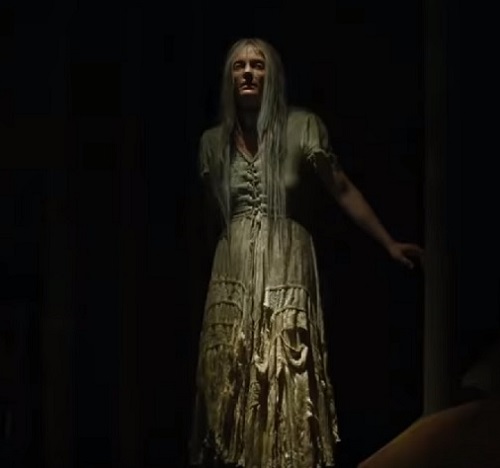 I haven't done a Netflix recommendation post in months, partly because they have had so much good content recently it's hard to keep up, but also since I've been busy with Halloween, then Hallowvember, then Thanksgiving, and now Creepmas. However, I just watched Delirium, the 2018 Netflix film starring Topher Grace and Patricia Clarkson, and I just had to share this title as I really enjoyed it.

This film has been languishing in my Netflix queue for months and months, but I finally watched it the other night and was surprised at how good it was! I haven't heard much about this film, which is a real shame since it isn't getting the attention it deserves.

Synopsis: A man inherits a mansion from his deceased wealthy father after he is released from a mental institution. Strange events lead him to wonder if the house is haunted or if it’s all in his mind.

This film had me guessing the whole way through as to what was real and what might not be real. There are some decidedly creepy scenes that kept me on the edge of my seat. I also loved Patricia Clarkson's turn as a hard-boiled parole officer and thought Topher Grace gave a wonderful performance as the unstable but likable lead that is dealing with a dark past. The storyline had me intrigued until the very end, when things were exposed for what they really were. I don't want to say much as I think this psychological thriller is best viewed going in cold, but definitely seek it out on Netflix!

It is also available for purchase on Amazon!