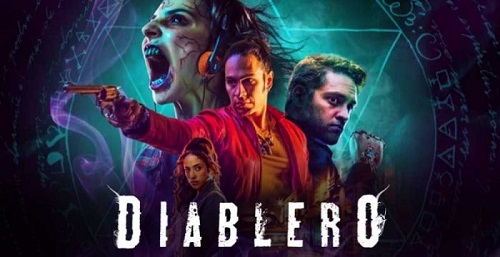 Diablero is so much fun that I basically binge-watched it all in a weekend. The lead diablero, or demon hunter, is charismatic and charming, as is his sister who helps him and his friend Nancy who is able to channel and control demons (with help of some kick-ass music). I also loved all the characters in the underworld of Mexico City, especially the two daughters of a local kingpin of a local demon-fighting ring who act as his henchwomen and are sassy AF!

There are some visually striking scenes - I especially love all the glimpses we get of Mexico City, like when the diablero takes the priest down to the underbelly of the city and it is all bathed in neon. And there are some unbearable tense scenes, like when demons possess humans and pursue the kidnapped young girl. I also enjoyed all the twists and turns, which kept the series interesting and kept me guessing. And while it tackles some dark subject matter, it manages to keep things light and provides plenty of comic relief.

So, if you are looking for a fun new series to watch on Netflix, I highly recommend watching Diablero!

Important note: I've heard the English dubbed version is awful, so make sure you watch it with the original Spanish audio.