Since I am not throwing a Halloween party this year, I'll be attending a friend's party. This weekend, the theme for the party was announced! People will be asked to dress as cartoon or comic book characters, and as soon as I heard the news I started thinking of gothiky characters I would want to dress up as. The characters below were the first ones I thought of; check 'em out and let me know what you think! 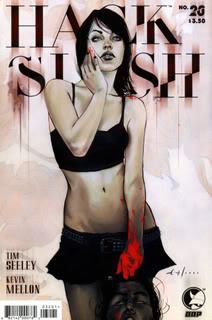 The seriously sexy Cassie from the Hack/Slash comic books would be so wicked to dress up as! I used to have a similar haircut as her and wouldn't mind having it again, plus I could carry around a baseball bat and maybe a severed "slasher" head for good measure! While she isn't quite trad goth, I think she has a dark look that gives her a modern gothic aesthetic. 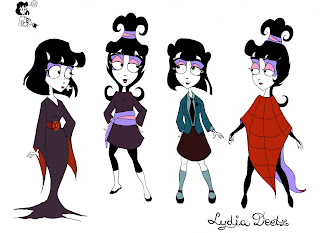 Photo Source
I've always loved Beetlejuice, and Lydia Deetz is one of my favorite characters ever! I think it would so fun to dress up as her for Halloween...and this just might be the year to do it! She is definitely a quirky goth!
Wednesday Addams 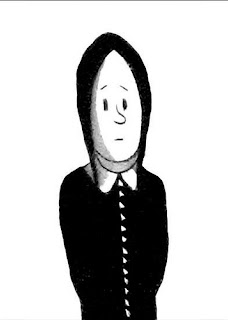 Charles Addams' Wednesday Addams
Last year I threw together a Wednesday Addams costume for a last-minute Halloween party I attended, and it was a hit! In fact, I actually ended up winning "best costume"! I'm thinking about reprising that costume this year, since The Addams Family is another BIG favorite of mine and it all started with creator Charles Addams' comic strip back in the late 1930s.
Emily Strange 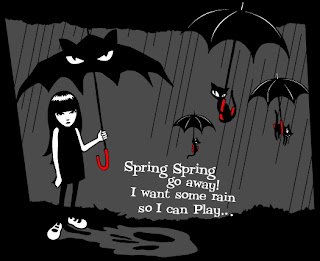 Ok, I've never been a big fan of Emily Strange, but I do admit I love her look and it would be super easy to recreate. Not sure if she really qualifies since she doesn't have a cartoon or comic (does she?), but she is definitely super-cute!
Gaz from Invader Zim 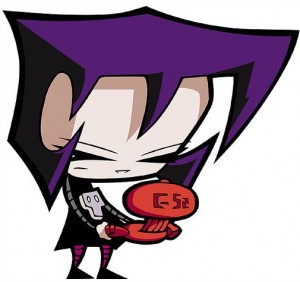 Gah! I adore Gaz and the Invader Zim series! I'm not sure most people would "get" who I was dressing up as, though. I would still love to dress up as her (I have the perfect purple wig I could use) and, if I did, I'd be sure to talk about my addiction to my Game Slave and Bloaty's Pizza Hog with other party guests (not that they would get it and I'd probably get really funny looks).
Lenore, The Cute Little Dead Girl 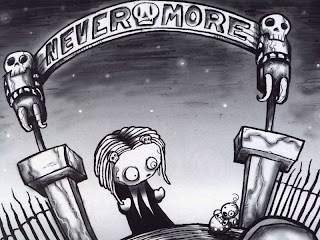 Lenore, The Cute Little Dead Girl was created by Roman Dirge and is about an undead girl who seems to have a rather deadly affect on those around her. However, I would need to get a blond wig and some cute skull hair clips to recreate her look...and again, most people are probably not familiar with this cult character. 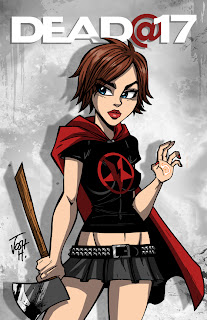 The undead heroine of Dead@17, Nara Kilday, would be the PERFECT costume! I mean, she's come back from the dead, has that gothy look and wields a frickin' ax to hack down her demonic enemies. Awesome! The only problem is the obscurity factor again (grrrrrr!) and that people (besides my awesome geeky friends) wouldn't recognize this character.
Hmmmmm...decisions, decisions!
Do YOU have any suggestions as to what gothy cartoon or comic book characters I should dress up as for Halloween? Please leave me your suggestions below!
Posted by Sarah E. Jahier at 2:35 PM