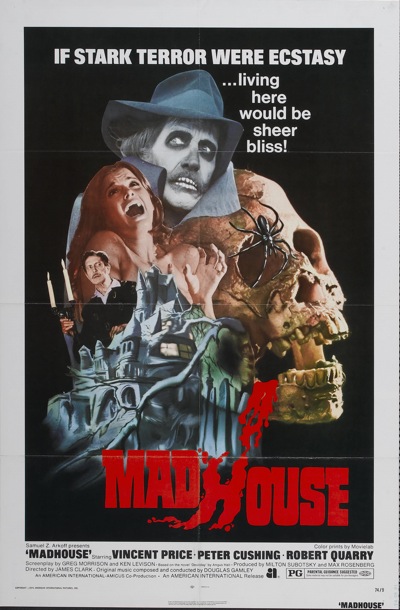 Madhouse (1974)
Price plays Paul Toombes, a horror actor whose trademark role is "Dr. Death". Years after a scandal ends his film career (his fiancee is murdered and Toombes ends up in an asylum, suspected but never convicted of the crime), the embittered Toombes revives his character for a television series. Cast and crew begin to die in ways that suggest scenes from Toombes's films (which are represented here by clips of Price's AIP efforts, including The Haunted Palace, Tales of Terror, The Raven, and House of Usher), and they all point to Toombes. Now, Toombes must find and confront the real killer, before he becomes the killer's next victim.