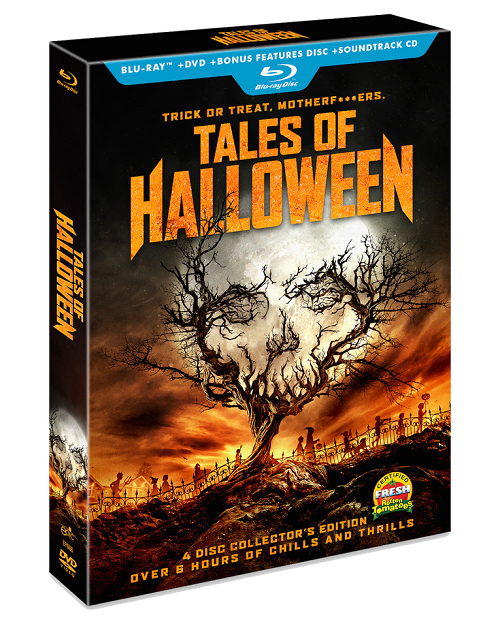 I was so pleased yesterday when I heard the news that Tales of Halloween will FINALLY be getting a Blu-ray/DVD release, and just in time for Halloween! This horror anthology film features 10 festive Halloween stories from beloved directors and actors in the horror community. I saw it last year, and it is definitely a treat (it even made my top 10 film list for 2015)! The wait for a Blu-ray/DVD release of this film has been excruciating, but it was worth it since this release is brimming with extras, including bonus features, never-before-seen horror shorts, video diaries, and even the soundtrack to the film. Halloween and horror fans can now add this fun anthology to their collections! I can't wait to add it to my movie shelf and make a tradition of watching it every Halloween season!

Check out the official press release below with all the gory details about the special limited edition release of Tales of Halloween! 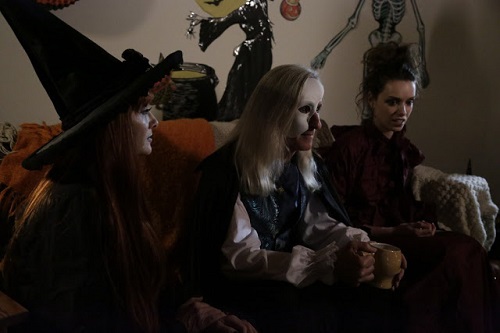 Epic Pictures Group announced today that they will release a limited edition Blu-ray and DVD collector’s set of Tales of Halloween on September 13, 2016. “Certified Fresh” by Rotten Tomatoes, the horror anthology film, which brings together an all-star lineup of horror heavyweight directors and actors, premiered to strong critical acclaim at the 2015 Fantasia International Film Festival. Epic Pictures Releasing, the US distribution division of Epic Pictures Group, released the film in theaters and on digital platforms on October 16, 2015.

In addition to the feature film on both Blu-ray and DVD, the limited edition collector’s set will also contain a DVD chock-full of bonus features and a CD of the film’s soundtrack featuring original tracks by Lalo Schifrin, Jimmy Psycho, Christopher Drake, and Christian Henson. Among the highlights of the bonus features are exclusive, never-before-seen short films from Tales of Halloween directors, including Brain Death, an early student film from director Neil Marshall which was previously unreleased. Other highlights include video diaries for each segment of the anthology, featuring interviews with the directors, cast, and crew, and sneak peeks behind the scenes on set. Additional bonus materials include deleted scenes, director commentaries, and photo galleries.

Disc 3 – CD of the Soundtrack:


Video Diaries:
2-3 Video Diaries for each segment of the anthology, featuring interviews with the directors, cast, and crew, and sneak peeks behind the scenes on set. Total Run Time: Approximately 60 minutes, Stereo/Mono Audio


The set is currently available for pre-order for $34.99 on Tales of Halloween's website and will also be available on Amazon.com.