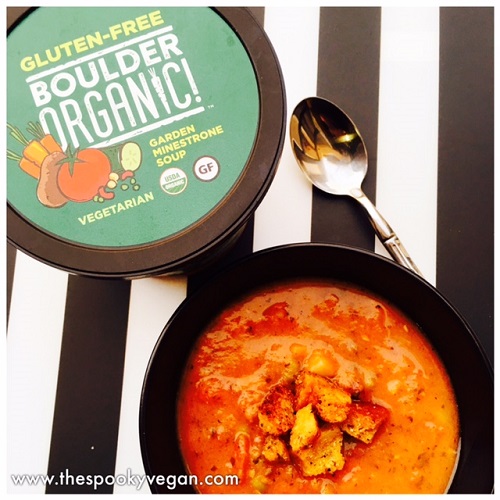 At the beginning of summer, Boulder Organic was kind enough to send me some coupons to try their pre-prepared soups, of which they have a few hearty vegan options. However, since it was summertime and hot I was in no mood for soup (unless it was ice cream soup, had a lot of that over the summer!). Luckily, the weather FINALLY seems to have cooled down here in SoCal and I excitedly busted out these coupons when I felt the chill in the air. 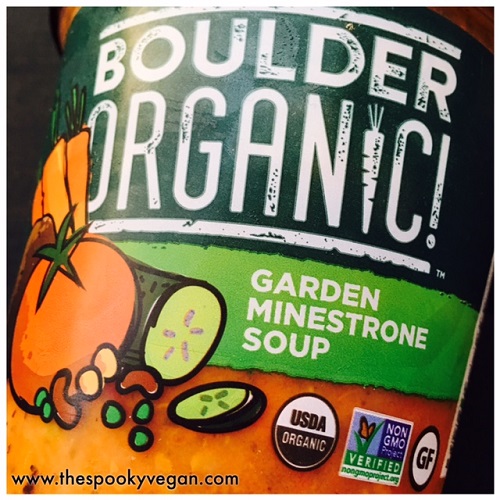 I found Boulder Organic's soups in the pre-prepared refrigerated food section at Mother's Markets here in Orange County (the Irvine location, if you are local!). I also believe that certain Target stores carry these soups. They have a few vegan options (clearly marked "vegan" on the ingredient list, "vegetarian" on the lid and label), and I picked up the Garden Minestrone Soup. Speaking of the ingredient list, almost all the ingredients are organic, and the product is certified non-GMO and also happens to be gluten-free. 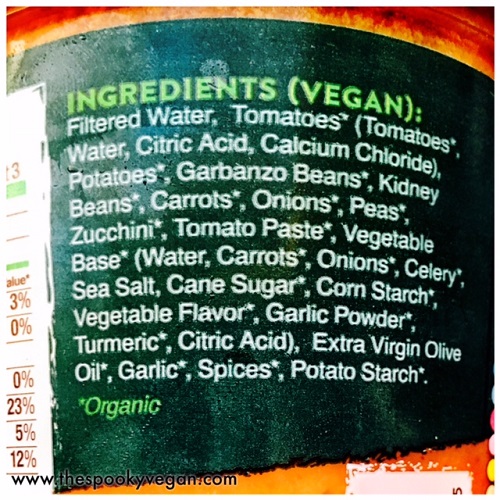 Ingredient list (I love how it says VEGAN, but I still read the
ingredients anyway, haha)

And the taste? I loved it! It was really hardy, full of big chunks of veggies and beans, while not feeling too heavy. The flavor was great, it didn't taste like just veggie broth with some beans and veggies thrown in, it had an added levels of flavor due to the spices used. I also hate how some veggie soups can be too oily, but this had just the right dash of extra virgin olive oil to give it depth of flavor without being a oily mess. Plus, it was so convenient - I admit I am an extremely lazy cook, so that fact that all I had to do was open up the tub, pour it in a bowl, heat it up and enjoy the soothing properties of soup was a big win for me! 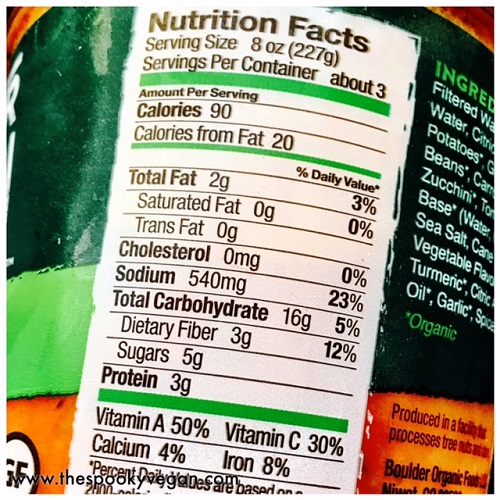 A whole tub has about three servings in it, and each tub runs about $5 to $6. For such high-quality, organic soup that is so convenient, I think it is a fair price. It was delicious, warmed me up, and was a satisfying meal on a chilly day, so I say job well-done Boulder Organic! I can't wait to try their other vegan flavors, which include Carrot Ginger Soup with Coconut, Cuban Black Bean, Vegetable Chili, Summer Gazpacho, Golden Quinoa and Kale, and Red Lentil Dahl. 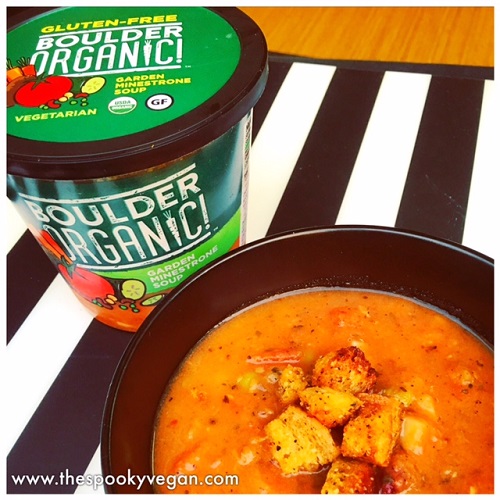