Watch Now on Netflix: The Windmill 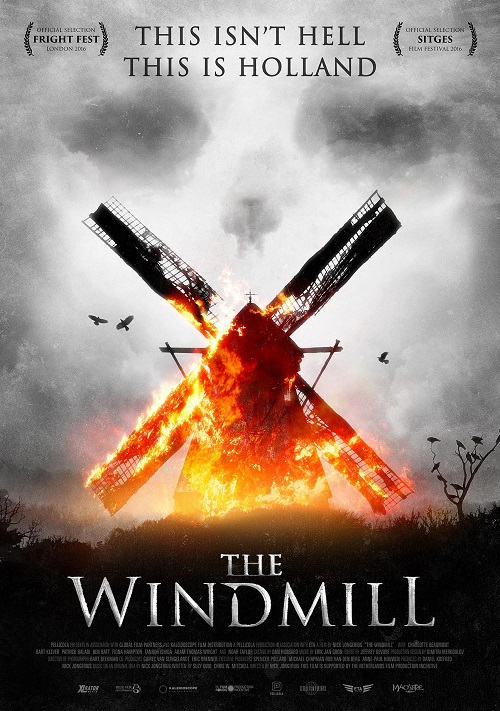 Judging from its cover, trailer snippet, and description on Netflix, The Windmill looked like a run-of-the-mill (no pun intended) slasher flick, so when I settled in to watch it I was expecting a mediocre horror flick, something I could put on in the background while I fiddled on my phone one evening. To my surprise, I was sucked into the movie and actually found it fun and entertaining!

Synopsis: A rag-tag group of tourists in Holland board an old bus for a tour of the country's famous windmills. When their tour bus breaks down, they become stranded by an ominous old windmill and those with dark secrets are picked off one by one by a malevolent miller.

The Windmill doesn't try too hard to be different or witty, and it doesn't break any new ground. However, if fares much better than most of the generic horror slashers one finds on Netflix. It certainly isn't the best movie every made, but there is a certain something about it that kept me interested. Though I put it on as background chatter, I actually liked how the film establishes the characters in the beginning, giving us a glimpse into their assorted sins. From then on out I was glued to the screen, taking in the gorgeous shots of the countryside in Holland as well as the sinister location of the old windmill, the gory kills, and the urban legend of the devil-worshipping miller behind it all.

Again, the story of a group of people being stalked and murdered by a hulking killer isn't anything new, but while the film has its flaws (namely a storyline that sometimes feels a bit stale), it still managed to keep my interest with some fun, gory kills (some of which are very unexpected!), a spooky location, and a great design/backstory for the killer (who gives Michael and Jason a run for their money).

Watch The Windmill when your're in the mood for some mindless fun and just want to turn your brain off for a little while. It might not be scary, and it might not be the most imaginative movie ever made, but it did keep me entertained for its hour and a half running time despite its flaws.

You can watch it streaming on Netflix or Amazon!
Posted by Sarah E. Jahier at 9:00 AM