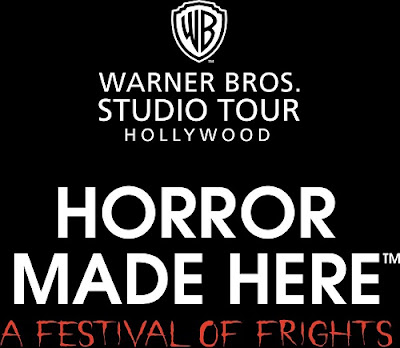 More exciting news from Midsummer Scream as we are just a month away (eeeeek!!) from the Halloween and horror convention (if you want to know what to expect from the event, check out my past visits HERE, HERE, and HERE!)! Today it was revealed that Warner Bros. Studio Tour Hollywood event Horror Made Here: A Festival of Frights will have a major panel presentation revealing more details of its rapidly-expanding haunt. I'm hoping with the upcoming release of The Nun they will have a maze based on her character, as well as other characters from The Conjuring universe. And how fun would it be to walk through an IT maze?! To find out more, check out the official press release below:

Midsummer Scream attendees will be the first to hear new details regarding this year’s plans for Horror Made Here: A Festival of Frights in a presentation that the studio promises will be thrilling for fans, as they outline exclusive details for their biggest Halloween event yet. 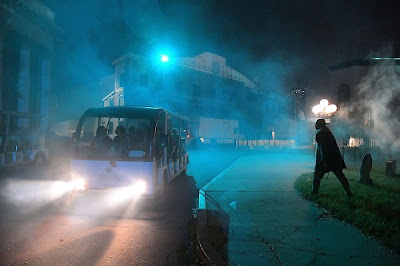 Current plans for Horror Made Here: A Festival of Frights include a reimagined maze based on The Neibolt House from New Line Cinema’s record-breaking 2017 film IT, and from DC comes a brand-new Batman: Arkham Asylum maze, as the infamous Gotham City institution for the criminally insane is constructed for the first time ever on the Warner Bros. lot. Fans attending Horror Made Here will enjoy a nighttime tour of the Warner Bros. famous backlot, featuring sets and locations from some of the most iconic horror films of all time.

In addition to revealing additional exciting new details about Horror Made Here: A Festival of Frights, Warner Bros. Studio Tour Hollywood will showcase several props and set pieces from horror films in their collection at Midsummer Scream in the Hall of Shadows, including elements from The Conjuring universe and IT.

Horror Made Here has been extended from six to 13 nights starting October 5, 2018. This special ticketed event will be held on October 5 - 6, October 11 - 13, October 18 - 21 and October 25 - 28, open from 7PM to 1AM. The event ticket (buy tickets here) includes access to the festival, all scare mazes and the night tour. More mazes and details will be announced on Sunday, July 29 at Midsummer Scream. 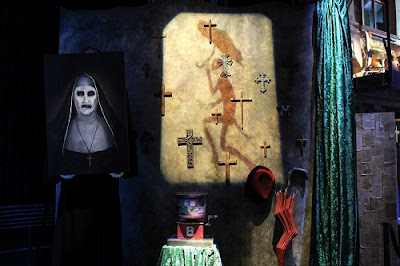 Tickets are available now for Midsummer Scream at MidsummerScream.org.