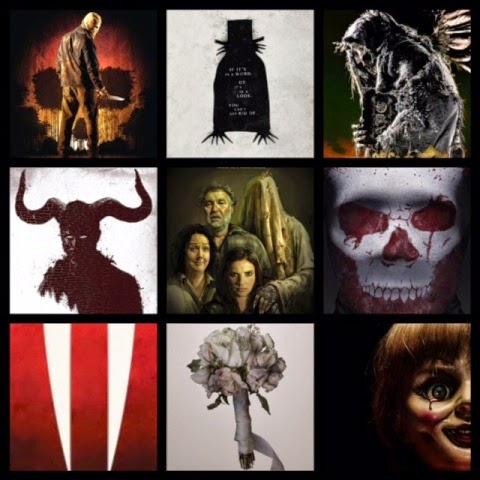 Ahhhhh autumn, my favorite time of year (as if you haven’t noticed!!)! Time for falling leaves, dropping temperatures (well, at least wishing for dropping temps here in SoCal), scary décor, Halloween, and, of course, horror movies! I love horror year-round, but there is just something special about autumn that creates the perfect atmosphere for watching horror flicks!

In past years, there haven’t been that many horror films released in the months of September, October, or November, except the Paranormal Activity films. We were starved for horror then, but this year it seems like a glut of horror films are being released these three golden months! 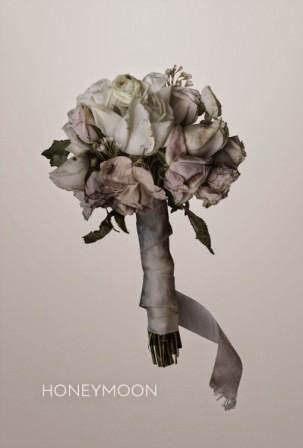 Honeymoon (September 12th, 2014) – “A newlywed couple finds their lake-country honeymoon descend into chaos after Paul finds Bea wandering and disoriented in the middle of their first night.” This film looks downright unsettling and the trailer definitely piqued my interest! It is in limited release at the moment, but I hope to be able to see this one soon. 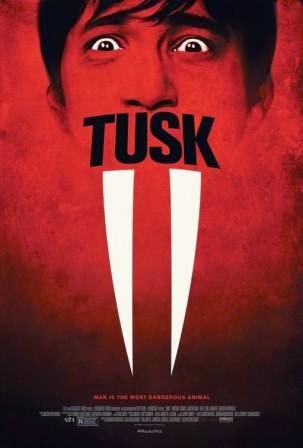 Tusk (September 19th, 2014) – “When podcaster Wallace Bryton goes missing in the backwoods of Manitoba while interviewing a mysterious seafarer named Howard Howe, his best friend Teddy and girlfriend Allison team with an ex-cop to look for him.” Ok, I admit that this looks completely silly, and it should since director Kevin Smith cooked up the idea with his buddies while high. Still, there is something in its weirdness and outlandishness that makes me want to see it. This one is currently in theaters, I just can't seem to find anyone to go see it with! 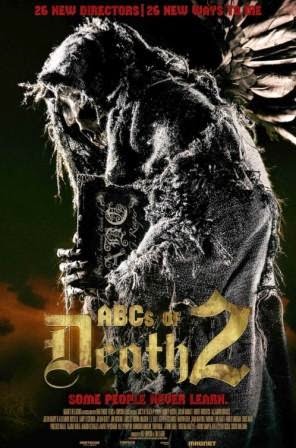 ABCs of Death 2 (October 2nd, 2014 - VOD, October 31st, 2014 - limited) – “Be ready to learn your ABC's again with 26 new directors and 26 new deaths bring your kids to a blood and gore filled horror so good your face will be blood red.” I have to admit, I didn’t like the first ABCs of Death at all except for like two segments. I love the idea behind it, but the talent was definitely lacking in the first one and it just seemed to rely on gross-out gags rather than genuinely creepy moments. Still, with a new crop of 26 directors, I want to see if this second installment is an improvement over the first. 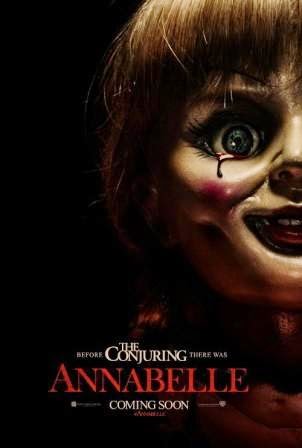 Annabelle (October 3rd, 2014) – “A pigtailed doll possessed by a demon threatens a young couple with a newborn baby.” I really liked the Annabelle sub-story in The Conjuring, and want to see more of the creepy doll, who’s story is based on a real terrifying, possibly possessed doll! 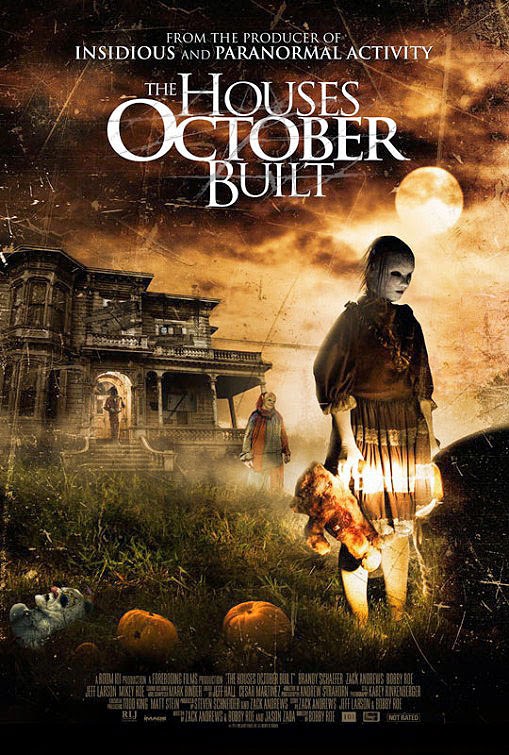 The Houses October Built (October 10th, 2014) – “Beneath the fake blood and cheap masks of countless haunted house attractions across the country, there are whispers of truly terrifying alternatives. Looking to find an authentic, blood-curdling good fright for Halloween, five friends set off on a road trip in an RV to track down these underground Haunts. Just when their search seems to reach a dead end, strange and disturbing things start happening and it becomes clear that the Haunt has come to them…” A movie based on the haunt and maze attractions of Halloween? YES PLEASE! 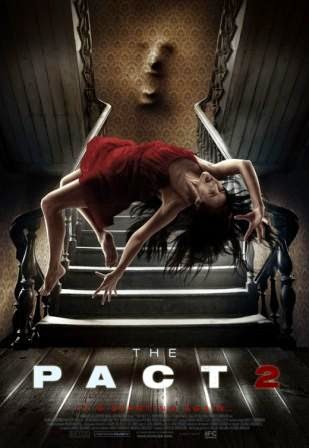 The Pact 2 (October 10th, 2014) – “The sequel is set just weeks after Annie Barlow's deadly confrontation with the Judas Killer. In this elevated sequel, we meet June, a woman whose carefully constructed life is beginning to unravel due to lucid nightmares so awful they disturb her waking life.” The first film did a swell job of freaking me the f*ck out, so I am anxious to see if the same feelings of dread can be recreated in the sequel (even though the poster above is atrocious). 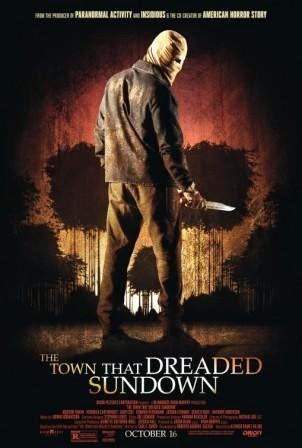 The Town that Dreaded Sundown (October 16th, 2014) – “Based on a terrifying true story, The Town That Dreaded Sundown picks up sixty-five years after a masked serial killer terrorized the small town of Texarkana, when the "moonlight murders" begin again. Is it a copycat or something even more sinister? A lonely high school girl, with dark secrets of her own, may be the key to catching the murderer.” This is a remake, but the trailer makes it look pretty dang awesome and the fact that it is based on a real story of a serial killer makes it that much more terrifying. 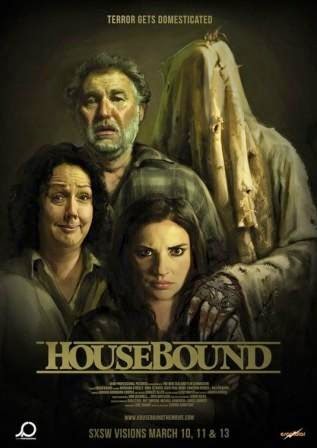 Housebound (October 17th, 2014) – “Kylie Bucknell is forced to return to the house she grew up in when the court places her on home detention. Her punishment is made all the more unbearable by the fact she has to live there with her mother Miriam - a well-intentioned blabbermouth who's convinced that the house is haunted. Kylie dismisses Miriam's superstitions as nothing more than a distraction from a life occupied by boiled vegetables and small-town gossip. However, when she too becomes privy to unsettling whispers and strange bumps in the night, she begins to wonder whether she's inherited her overactive imagination, or if the house is in fact possessed by a hostile spirit who's not particularly thrilled about her return.” This New Zealand film looks quirky and fun! The atmosphere in the trailer looks spot on, and it looks like it has a good balance of humor and scares. 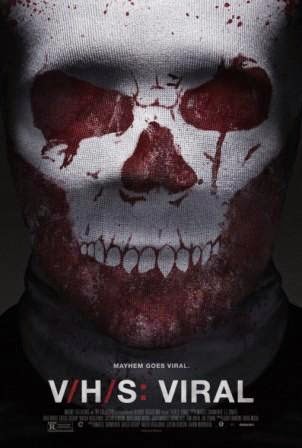 V/H/S Viral (October 23rd, 2014) – "The third film in the V/H/S anthology series, V/H/S: Viral follows a group of teens who unwittingly become the next internet viral sensation." I really enjoyed the previous V/H/S films, and love the concept and the execution! 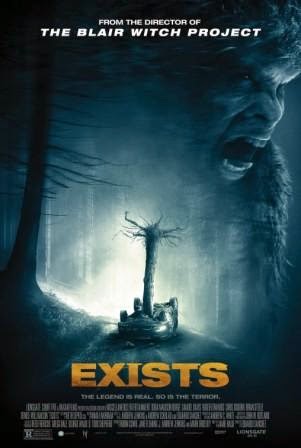 Exists (October 24th, 2014) – “For five friends, it was a chance for a summer getaway- a weekend of camping in the Texas Big Thicket. But visions of a carefree vacation are shattered with an accident on a dark and desolate country road. In the wake of the accident, a bloodcurdling force of nature is unleashed-something not exactly human, but not completely animal - an urban legend come to terrifying life and seeking murderous revenge.” It’s a Bigfoot movie directed by Eduardo Sánchez (co-director/writer of Blair Witch Project)…do I need to say more? I mean, when is the last time you saw a (good) Bigfoot movie? God, I hope this is a good one!! 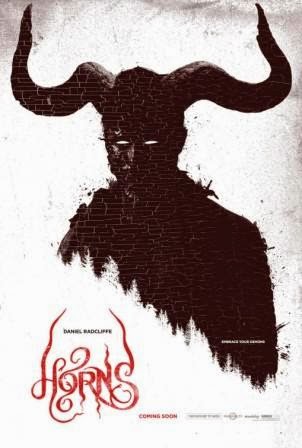 Horns (October 31st, 2014) – “In the aftermath of his girlfriend's mysterious death, a young man awakens to strange horns sprouting from his temples.” It’s Daniel Radcliffe in an Alexandre Aja movie based on a book by Joe Hill - what’s not to like? I love the weirdness that the film promises, as well as dark themes mixed with quirkiness and a riveting performance by Radcliffe. 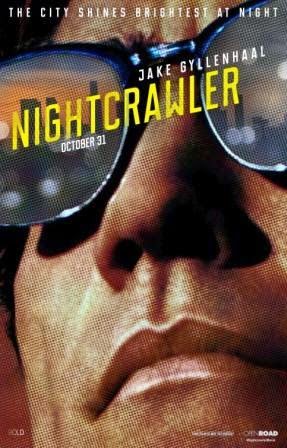 Nightcrawler (October 31st, 2014) - "A pulse-pounding thriller set in the nocturnal underbelly of contemporary Los Angeles. Lou Bloom, a driven young man desperate for work who discovers the high-speed world of L.A. crime journalism. Finding a group of freelance camera crews who film crashes, fires, murder and other mayhem, Lou muscles into the cut-throat, dangerous realm of nightcrawling -- where each police siren wail equals a possible windfall and victims are converted into dollars and cents. Aided by Nina, a veteran of the blood-sport that is local TV news, Lou thrives. In the breakneck, ceaseless search for footage, he becomes the star of his own story." Not exactly horror, and more along the lines of a crime thriller, but nonetheless this film looks like it'll keep me on the edge of my seat! 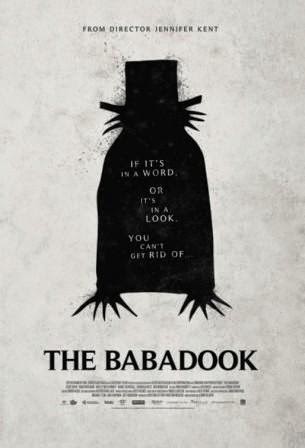 The Babadook (November 28th, 2014) – “Six years after the violent death of her husband, Amelia is at a loss. She struggles to discipline her 'out of control' 6-year-old, Samuel, a son she finds impossible to love. Samuel's dreams are plagued by a sinister monster he believes is coming to kill them both. When a disturbing storybook called 'The Babadook' turns up at their house, Samuel is convinced that the Babadook is the creature he's been dreaming about. His hallucinations spiral out of control and as he becomes more unpredictable and violent, Amelia is genuinely frightened by her son's behaviour. But when Amelia begins to see glimpses of a sinister presence all around her, it slowly dawns on her that the thing Samuel has been warning her about may be real.” So sad we have to wait until the end of November to see this, but I believe this is THE most anticipated horror film of 2014! It looks deliciously spooky and has a fantastic atmosphere! Can’t wait!!

What did I miss? What horror films are you most looking forward to this season?
Posted by Sarah E. Jahier at 8:00 AM