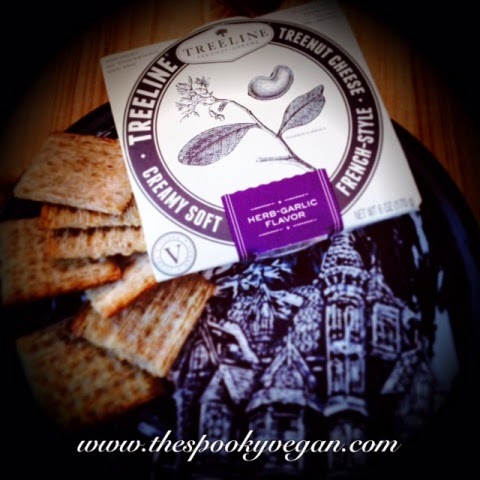 I recently had the pleasure of enjoying Parmela’s treenut cheese (review), so I thought I would expand my vegan cheese repertoire and try Treeline’s French-style soft cheese. Treeline was one of the first, if not THE first, vegan companies to offer fancy vegan soft cheese, and I've hear so many friends rave about their cheese, so I thought it was high time I tried some! Treeline is produced by The Gardener Cheese Company in Kingston, New York and is available at most Whole Foods and select natural food stores.

Like many other treenut cheese, Treeline is made out of cashews. They offer two flavors, Herb-Garlic and Scallion. My store only had the Herb-Garlic in stock, so that’s the one I tried! The Herb-Garlic is made by culturing the cashews with fine French herbs and garlic, which is a very similar method employed in traditional cheese-making.

I tried Treeline’s Herb-Garlic spread on some crackers, and at first I was a bit taken aback by the strong flavor of herbs and garlic. However, these mellowed out as my palate got used to the taste. Although the flavors were strong, they weren't overpowering, just very sharp. The flavor grew on me and I ended up enjoying it very much! 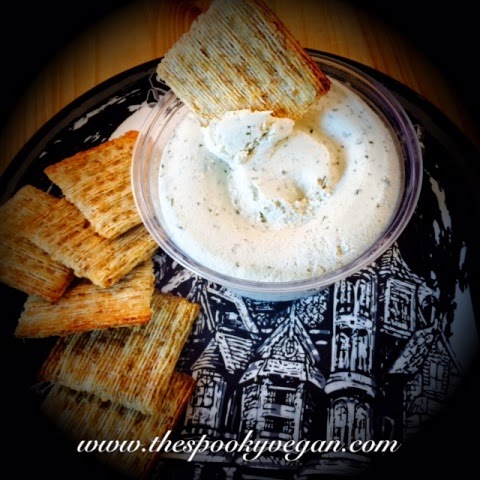 I only had these crackers on-hand, so I had to make due with them
even though they weren't the most ideal for serving with this cheese!
They look like Triscuits (which are accidentally vegan anyway), but
they are actually Back to Nature's Harvest Whole Wheat crackers, and
they were darn tasty!

The texture of the cheese very smooth and creamy, and the consistency was just right. It spread beautifully on crackers and toast, but was thicker than cream cheese. I really liked the consistency of this soft cheese and thought it was just perfect! I doubt that anyone could tell the difference between this and a soft dairy-based cheese. And when you have such a wonderful alternative such as Treeline, there really is no excuse to continue eating dairy-based cheese!

A tub of Treeline will run you approximately $7.99, which is affordable as a once-in-a-while splurge, and significantly less than other vegan soft cheese. The price is comparable to Parmela’s, which I previously reviewed here. 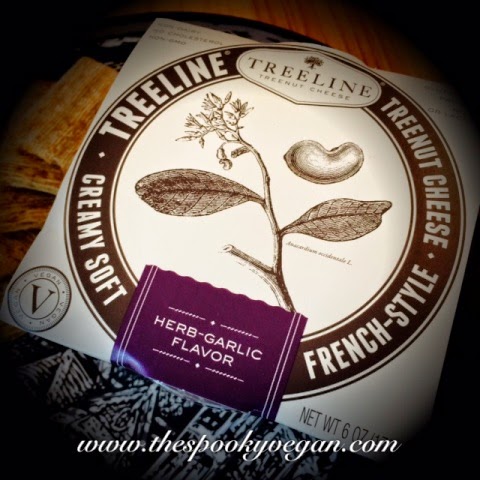 As for the flavor, I would give Parmela’s the slight edge as it had a more subtle flavor. However, I think the consistency and texture of Treeline’s cheese was better. I think Treeline’s would work well as a cheese base in a pasta sauce, or spread on toast and topped with tomatoes and fresh basil, as it has a strong flavor that could benefit from being intermingled with other flavors. It would also be wonderful on a vegan cheese plate, paired with some grapes and wine!

Treeline is an exceptional choice for fancy vegan cheese, and I am so happy to have this delicious vegan option!