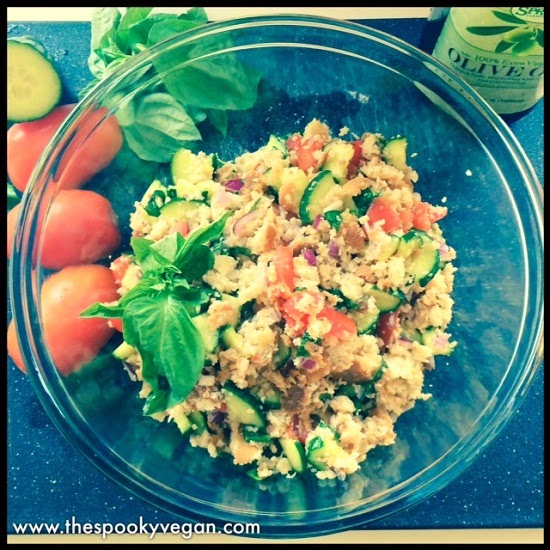 Not many people know this, but I was actually born near Florence, Italy and moved to the States with my parents when I was around 4 years old (my mom was American, and my dad Italian, so I have dual citizenship). Even though we moved to the States, I grew up on Tuscan cooking, with recipes handed down to my dad from my Italian Nonna. These recipes are near and dear to my heart since I was never able to meet my Italian grandparents.

With some help from my parents, I've decided to veganize the Tuscan dishes I grew up with, and share these veganized recipes with you. Luckily, some are already vegan (like today's recipe), so I'll be sharing those as well, since many aren't commonly know outside of Tuscany.

My first recipe I'd like to share is Panzanella, which is a bread salad dish typically served on hot summer days. I know that bread salad sounds a little weird, but trust me, it's actually quite delicious! And if you're a carb queen like myself, you'll love it!!

Panzanella is believed to have originated in Tuscany by peasants seeking to use up every last bit of their bread and letting none of it go to waste. It is essentially soaked stale bread mixed with tomatoes, onions, salt, pepper, olive oil and vinegar. Modern variations have added cucumber (and that's how I ate it growing up), so I've included that in the recipe below as it adds a nice crunch to the salad.

This is an easy-to-make dish that can be used as a side or a main, plus it is the perfect no-cook recipe for those hot summer days when you just want something light and refreshing for lunch or dinner!

Take your bread and chop or tear it up into large cubes or chunks. Throw it all in a large bowl and cover the chunks of bread with cool water so they are totally submerged. Soak the pieces of bread in water for about one hour (make sure your day-old bread is dried out enough to ensure it soaks up enough water without becoming mushy - if you don't think it's dry enough pop the bread cubes in the oven on 300 degrees for roughly 10 minutes). 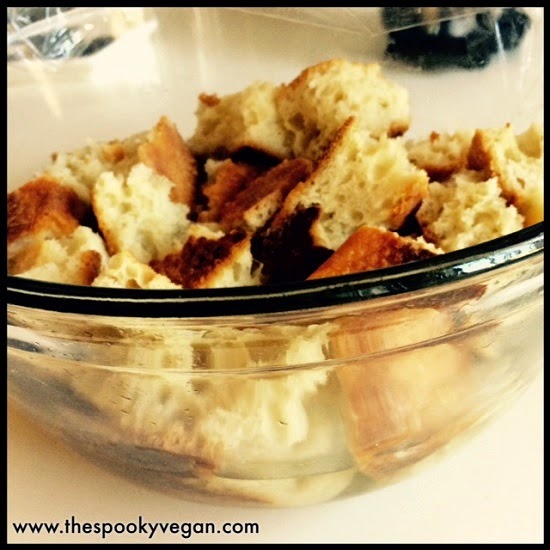 Soaking the bread in a large bowl

While the bread is soaking, chop up your tomatoes, cucumber, and onion. Tear or cut the basil into small pieces (I like to chiffonade mine). Toss all these veggies and basil into a big bowl and lightly drizzle with high-quality olive oil, season with salt and pepper to taste, and toss. 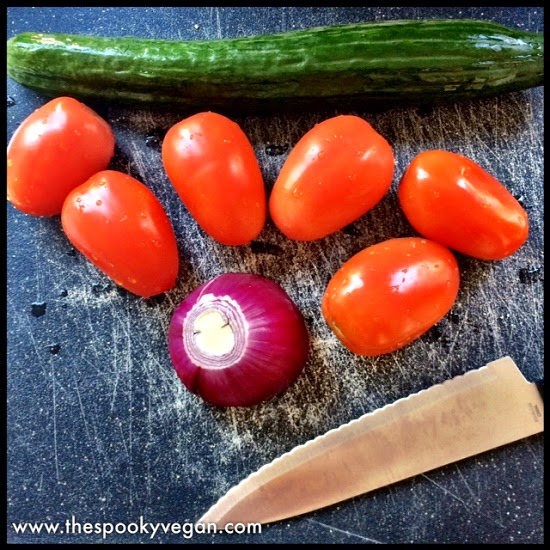 Getting ready to chop the veggies

Once the bread has soaked, use a strainer to drain the water. Then use your hands to squeeze the excess water from each individual piece of bread. The cubes should still be wet, but not soaking wet. At this point the bread should easily crumble into smaller pieces. You can leave them in cubes, or crumble them up into smaller pieces (which is what I do). 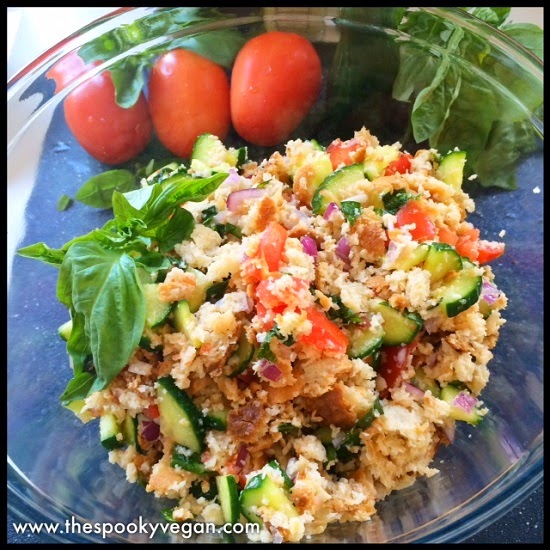 Wonderfully colorful and perfect for spring or summer!

Throw the bread into the bowl with the veggies and mix up well. Place in the fridge for at least an hour so the flavors can develop. When you are ready to serve, dress each individual serving with extra olive oil and balsamic vinegar, adding more salt and/or pepper if needed. 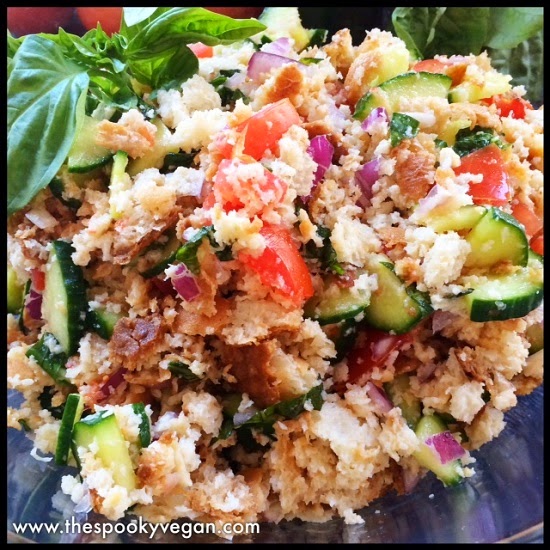 Ah, panzanella is like a taste of my childhood! So simple, homey and delicious!

This will last a few days in the fridge as long as it is sealed tight and is best served cold.
Posted by Sarah E. Jahier at 8:30 AM