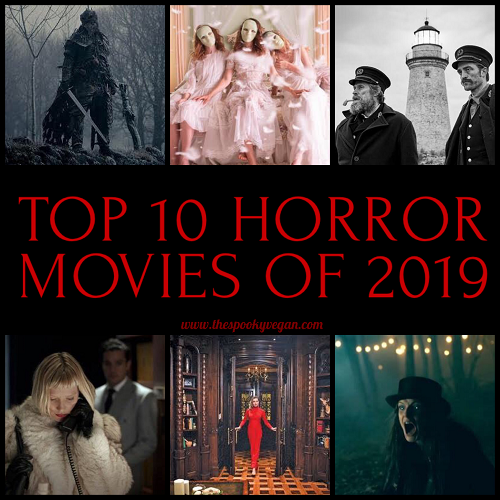 10.) Satanic Panic - I had such a blast watching this horror comedy from Chelsea Stardust about a pizza delivery girl who must out-smart a group of rich Satanists that wish to sacrifice her. This film was full of energy, bloody gags, and just so much fun to watch start to finish! 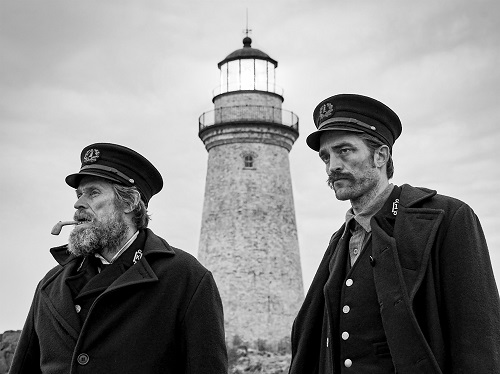 9.) The Lighthouse - I really did not expect to like this (though I adore director Robert Eggers previous film, The Witch), but I ended up really enjoying its dark descent into madness, surprisingly hilarious humor, and its stark black and white cinematography. It left me feeling shocked and entertained. 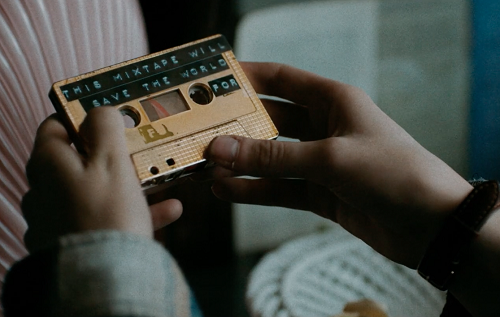 8.) Starfish - A woman pieces together clues left on mixtapes by her deceased dead friend to unleash a signal that will either save or condemn the world as the apocalypse looms. Directed by A.T. White, I thought this was such a beautiful exploration of grief, loss, and loneliness, coupled with a fantastic end-of-world setting (complete with creepy creatures). 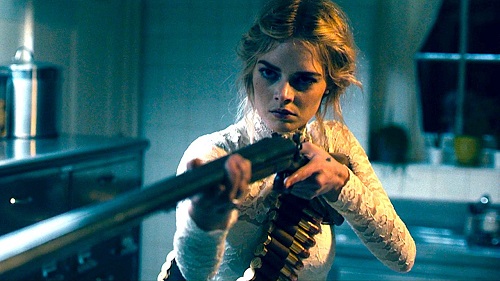 7.) Ready or Not - Directed by Matt Bettinelli-Olpin and Tyler Gillett (aka the Radio Silence collective), this film is about a bride who marries into a peculiar family who made their wealth from board games and must play a particularly bloody initiation game. It was so fun, gory, hilarious, and featured a kick-ass final girl played by Samara Weaving who I cheered for the entire time. 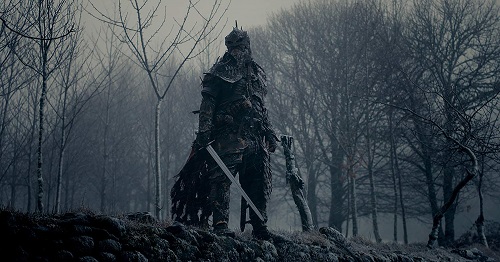 6.) The Head Hunter - This film was unexpectedly emotional, and it tells the tale of a Medieval-ish era man who kills monsters and seeks revenge against the one that killed his daughter. It is a low-budget film, but you seriously can't tell - it never shows too much of the monsters but still shows just enough to be satisfying. And it actually does some really neat things with the main monster that I thought was so creative! I can't wait to see what director Jordan Downey does next. 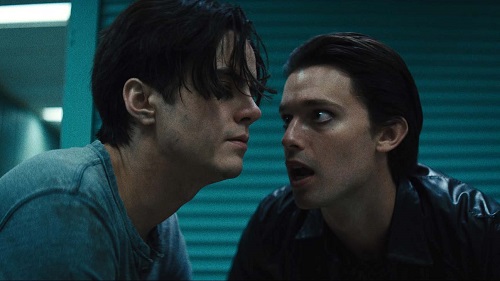 5.) Daniel Isn't Real - I love when horror films explore real-life issues, and this one tackles mental illness and toxic masculinity in such a devastating and satisfying manner. Directed by Adam Egypt Mortimer, the film is about a teenage boy's imaginary friend who shows up after a traumatic incident to "protect" the boy, but things soon spiral out of control. 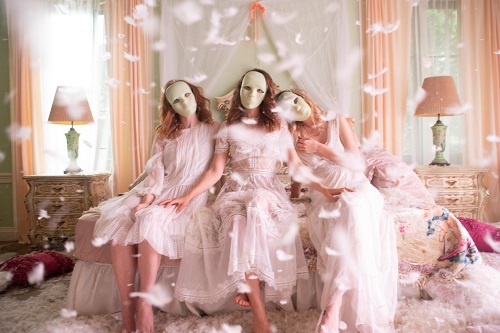 4.) Braid - This came out at the very beginning of the year, and it still stuck with me. Two women on the run decide to rob their mentally unstable and wealthy childhood friend, but must play a deadly game with her first. This movie directed by Mitzi Peirone was compelling, with fantastic performances from the female leads, and some gorgeously hallucinogenic sequences. 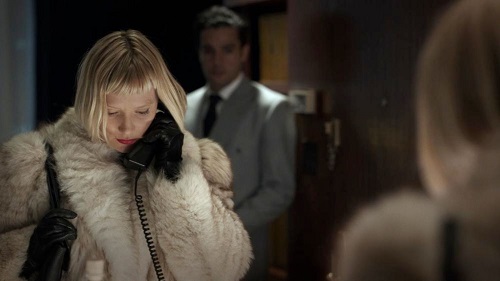 3.) Piercing - Is it weird that I had fun watching this film? I mean, it is about a man who leaves his family and stays at a hotel because he wants to kill a sex worker. But it is so skillfully, and dare I say playfully directed by Nicolas Pesce that it left me joyful at its perversity! It is a bit abstract, and definitely isn't for everyone, but I thought it was brilliant. 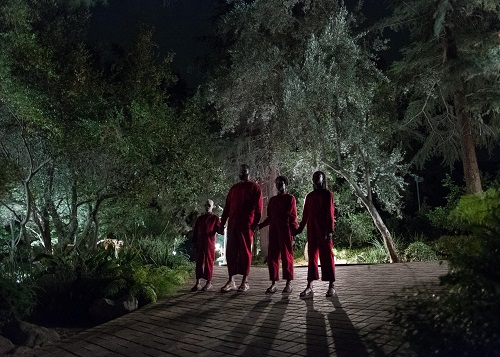 2.) Us - I thought this film was brilliant from the first time I saw it in the theater - it was so different and presented such a unique story. It also had moments that were so funny and scenes that will become absolutely iconic (how 'bout that "F*ck the Police" scene?!) as well as tackling issues of race and class. Jordan Peele did it again with his follow-up to Get Out. 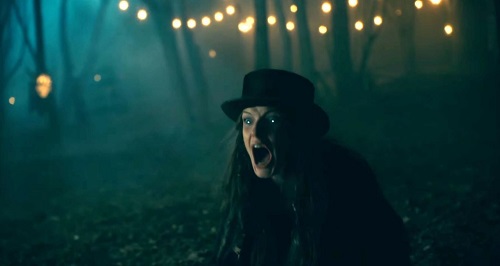 1.) Doctor Sleep - My number one film of the year is Mike Flanagan's Doctor Sleep, based on the novel by Stephen King. I had read the book before seeing the film, and still the film impressed me. It was beautiful, heart-wrenching, terrifying, and gave us my favorite villain of the year with Rose the Hat (kudos to Rebecca Ferguson for her sinister performance). Ewan McGregor's performance as the grown-up Danny Torrance was perfect and I thought all the actors that re-created scenes from Kubrick's The Shining film were spot-on. The film even struck the perfect balance between the content of King's books and Kubrick's film. When I left the theater after watching the film, I felt an immense feeling of satisfaction and joy, as it was pretty near perfect.

I must also make mention of the phenomenal TV shows we saw this year: Marianne from France premiered on U.S. Netflix this year and was some of the creepiest and most unsettling horror I saw this year. I also really enjoyed some other TV shows on Netflix - Two Sentence Horror Stories is an anthology series that was excellent, Typewriter from India was so compelling and creepy, and season 2 of The Chilling Adventures of Sabrina was fun. The first season of What We Do In the Shadows (now streaming on Hulu) was to die for and one of the funniest things I saw this year. I also really enjoyed NOS4A2, adapted from Joe Hill's fantastic novel (available on Shudder and Hulu). One of my absolute favorite TV shows this year was Castle Rock, which blew me out of the water with its Annie Wilkes' and Jerusalem's Lot storyline. Shudder's re-imagining of Creepshow was hit or miss, but overall pretty enjoyable. Love that there were so many great horror TV shows in 2019, and it looks like we will get more in 2020!

What were your favorite horror films or horror TV of 2019?

Keep an eye out for my list of most-anticipated horror movies coming in 2020 soon!

Note: Some items in this post may contain affiliate links. By using these affiliate links, you are supporting The Spooky Vegan and keeping this website running, so many spooky thanks to you!
Posted by Sarah E. Jahier at 9:54 PM