Hiya fiends! You know, ever since I retired from reviewing horror movies (in case you didn't know, I used to run the horror site Fatally-Yours, though it has long since been taken down - you can still check out archives of my reviews here) it seems I've watched the genre of horror less and less. Perhaps it is because I don’t have access to as many low-budget independent flicks anymore and I always felt that you could find some real diamonds in the rough from those no- to low-budget horror films. Also, I've been watching what I want, which doesn't include a lot of the new releases since I usually wait for things to come around on Netflix before watching them nowadays. So please forgive me since my list isn't by all means all-inclusive of every single 2012 horror release.

However, there were a bunch of horror releases that I did enjoy and wanted to share those with you here, whether you agree or not. These may not be “the best” horror films, but in my opinion they are the favorites that I saw this year. So, without further ado, here are my top 10 horror movies of 2012: 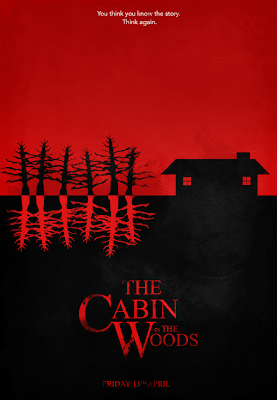 1. Cabin in the Woods – This was by far the most fun I've had had with a horror movie all year (read my review)! I know a lot of people either loved or hated it, but I am one that absolutely adored it! I went in with no real expectations but was blown away by the twists and turns and how it turns into something I never would have imagined! I really, really loved this movie, especially all the winks and nudges it made to the horror genre. Repeated viewings just made me love it all the more! 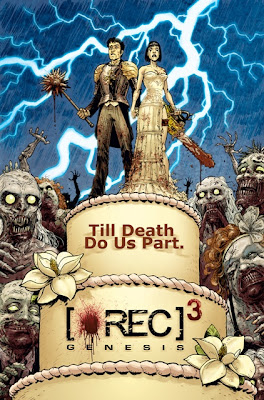 2. [REC] 3: Genesis – I loved both Rec and Rec 2, but I was a bit iffy on this third installment where all the mayhem takes place during a wedding. Well, I shouldn't have been so hesitant to check this out because it was awesome! Non-stop action, a lead female character who takes care of business, zombies with a twist (do yourself a favor and watch the first two to find out what this twist is), lottsa bloody gore and some really cool action scenes. Oh, hey, plus some romance (‘til death do us part), if you dig that kinda thing. 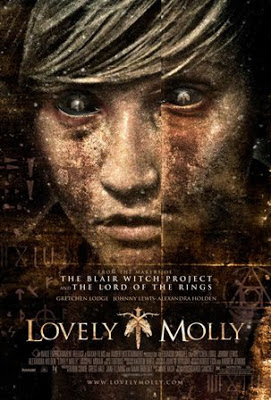 3. Lovely Molly – This movie was seriously eerie and f*cked up! Is it about a descent into madness, possession or about the repercussions of child abuse? Probably all three, but who cares when a film has the ability to crawl under your skin and burrow in your brain, jolting you with startling imagery and dark things just out of your peripheral vision. Not to mention the subtle but no less frightening noises used throughout the film. 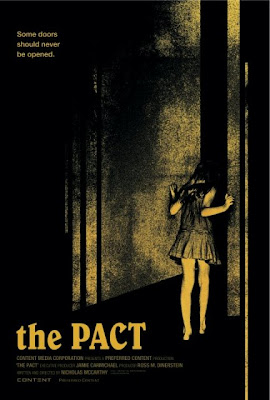 4. The Pact – I avoided this film for a while because it just sounded cliché. Woman’s mom dies, woman goes back to her mom’s house to make arrangements, strange things start to happen. Ok, sounds like a typical ghost story but oh it is so not. This film had the ability to keep me on pins and needles from start to finish and the smallest creak in my house made me freak out while watching this. Good god, just thinking about that mysterious closet, the ominous mood of the film and the silent terror lurking in that place give me the heebie jeebies! 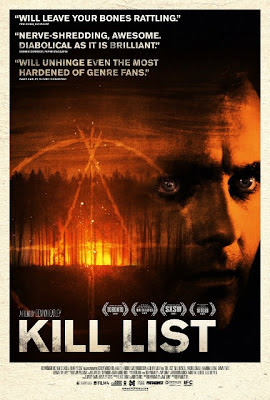 5. Kill List – This film about two hitmen started off pretty slow and didn't feel like it was really going anywhere…that is until the last third of the film! Creepy satanic worshipers that wear elaborate tree masks screeching like monsters outta Silent Hill? Yes please! 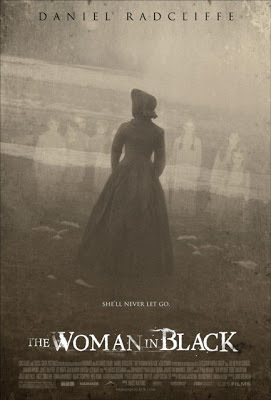 6. The Woman in Black – I really dug this remake of the 1986 TV film based on the wonderful book of the same name by Susan Hill. The dreary English countryside, the oppressive feel of Eel Marsh House, the frightening experiences that Arthur Kipps has…all were recreated perfectly in this film! I am not sure what turned some horror fans off about this film, but they are missing out! 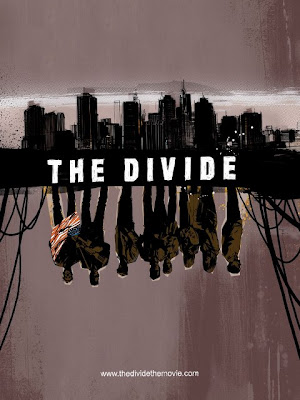 7. The Divide – Ok,  this film’s initial release was 2011, but didn't hit US shores ‘til 2012 so I am including it here. This movie was absolutely devastating. I probably wouldn't watch it again, but it was an amazing study of how people’s survival instincts kick in during an extreme situation, and not in a good way. A dark, traumatizing movie that chilled me to the core. 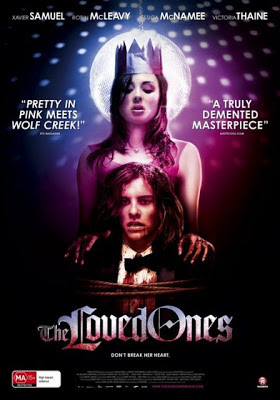 8. The Loved Ones – Like the movie above, this technically wasn't a 2012 release (it came out several years ago in its native Australia), but it hit the US this year so I am going to include it. I really loved this crazy psycho/revenge flick, but I have to be honest…I was kinda rooting for the self-proclaimed prom queen towards the end. Still a great, cringe-worthy revenge flick, though! 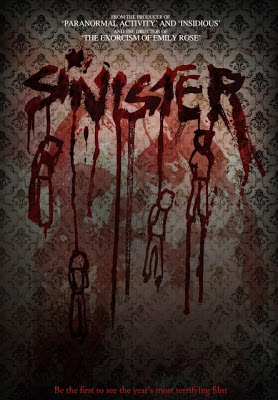 9. Sinister – This was a really solid effort and though I didn't absolutely love it, I did enjoy it and thought it was very well done. I was expecting more scares, but Sinister played it a bit more subtle, though there are several nifty wet-your-pants scares (lawnmower scene, anyone?). 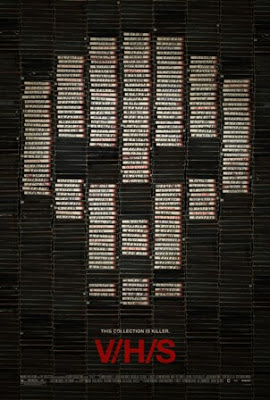 10. V/H/S – I've heard a lot of mixed reactions to this film, but I actually enjoyed it! Some of the segments were a bit iffy, but overall I dug it. I especially enjoyed the wrap-around story (“Tape 56”) as well as “The Sick Thing That Happened to Emily When She Was Younger” and “10/31/98”. The only one I really didn't like was “Second Honeymoon”, which was bit slow and its reveal was just mediocre.

Honorable Mention: Paranormal Activity 4 - I know this movie was more of the same from the PA franchise, but I really enjoyed this installment! I thought the neighbor kid was really creepy and it definitely had its startling moments. The only thing that ruined it for me was the abrupt and lame ending. Despite the ending, I enjoyed this one more than the last few PA movies.