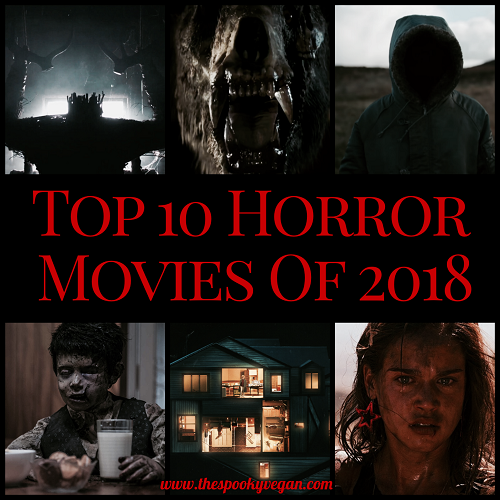 Looking back on 2018, it was another stellar year for horror. I love that there was such a variety of films this year and horror fans weren't limited to only remakes or slashers or ghosts or monsters, but got so many different types of horror. It is such a wonderful time to be a horror fan and I am so grateful for all the phenomenal horror films that have been bestowed on us.

I also appreciate that there were so many surprises this year that came out of nowhere. Films are no longer burdened with having to be theatrically released, nowadays they can premiere on Netflix, Shudder, or VOD and be just as successful. While I still appreciate watching certain films in theaters, nothing can beat the convenience of seeing new films in the comfort of my own home. Many of my favorite films below were released exclusively on streaming platforms rather than having traditional theatrical releases.

I am so thankful we are living in this day and age where we have so many fantastic films being released and so many different ways to watch them. Below I've included my top 10 favorites of the year, though I easily could have made a top 20 list.

With that out of the way, here are my favorite ten horror films of 2018: 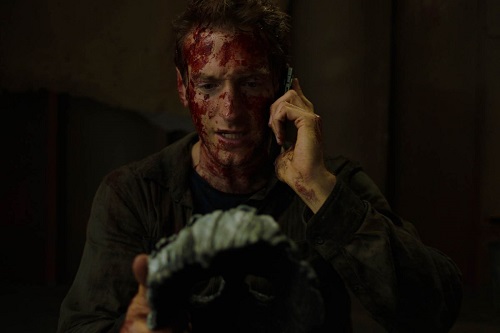 10.) You Might Be The Killer - This delightful horror comedy premiered on Shudder and stars Fran Kranz and Alyson Hannigan. It follows a camp counselor who wakes up covered in blood and being stalked by a masked killer...or could HE actually be the killer? I had a blast watching this movie; it was fun, smart, and really played with horror tropes. 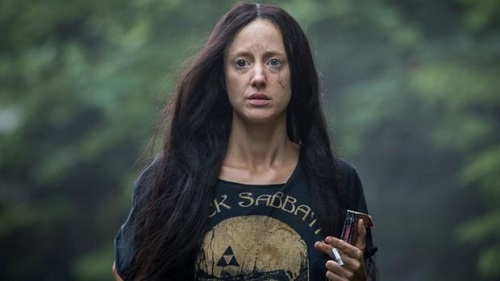 9.) Mandy - This brutal, surreal revenge flick starring Nicolas Cage didn't make my top 10 when I first made this list. However, the more I thought about it the more I realized how much I really adored this film, in all its wild, sludgy, brutal glory. It is more of an experience than a film, but its slow burn definitely pays off in the end. And Cheddar Goblin is absolutely the best creation of the year! 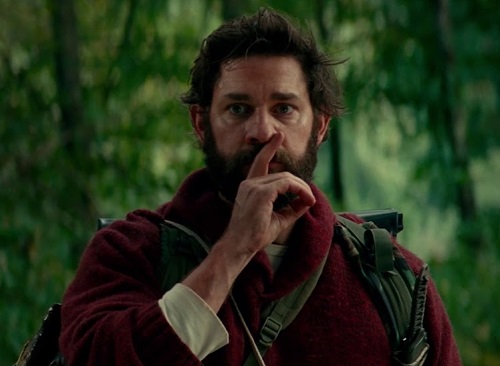 8.) A Quiet Place - In a post-apocalyptic world, a family is forced to live in silence while hiding from monsters with ultra-sensitive hearing. Seeing this in the theater was one of my favorite things this year, since you could hear a pin drop in a packed house! No one crunched their popcorn, there was no talking, everyone was just glued to the screen. It was so effective, so scary, and despite some questionable decisions by the characters, you were fully invested in the family. 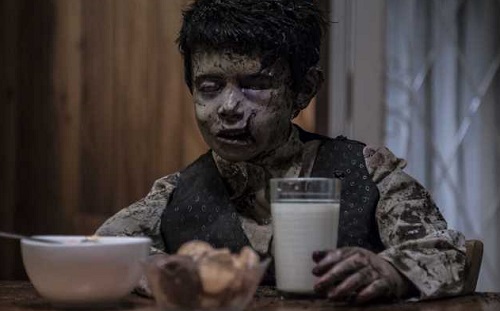 7.) Terrified (aka Aterrados) - This Argentinian film about a haunted neighborhood (that's right, a neighborhood, not just a single house) had some of the scariest moments of all of 2018! Plus, it had such an interesting premise that went far beyond a simple "haunting". This is available exclusively on Shudder at the moment, see it if you haven't already. 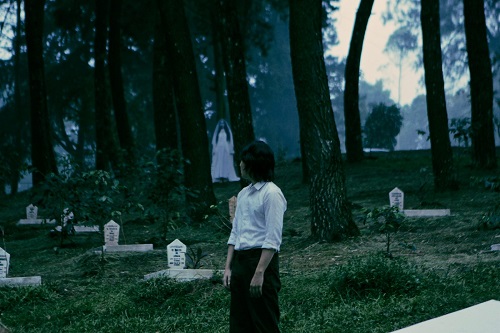 6.) Satan's Slaves - Another Shudder exclusive, this Indonesian film had the other scariest moments of 2018! Despite its salacious-sounding name, it is actually about a family in the '80s dealing with the loss of their mother, who was once a famous singer, and trying to get by, when strange things start to happen in their home. I don't want to say anything further, but it delivers an eerie atmosphere and creepy moments. I absolutely loved it. 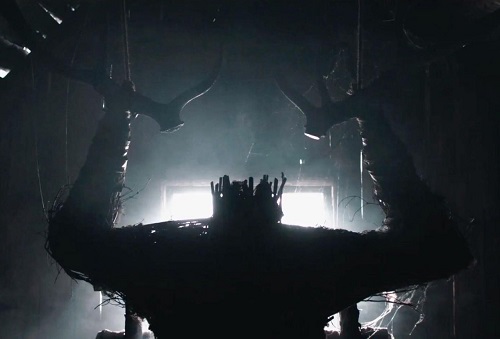 5.) The Ritual - When I heard they were adapting this book into a film, I was so looking forward to seeing what they came up with - and while the film diverged a bit from the source material, it was actually for the better. A group of friends takes their annual holiday while mourning the death of their friend. As they backpack through the Scandinavian woods, a shortcut takes them through an older forest where an ancient evil resides. The tension and ominous atmosphere of this film made it one of my favorites from the year. It is currently streaming on Netflix. 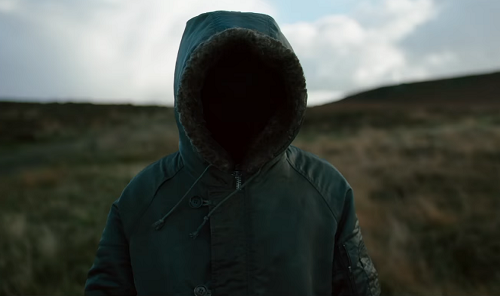 4.) Ghost Stories - I thought this anthology film was absolutely brilliant! A professor who debunks supernatural cases and psychics is put to the test when he is tasked with investigating three inexplicable cases brought to him by a fellow skeptic. The less you know going into the film the better, as the ending takes a rather unexpected turn. I loved the genuinely scary moments, the feeling of dread through the whole film, and the clues that are dropped, which all make sense at the end and make rewatching the film so delightful. 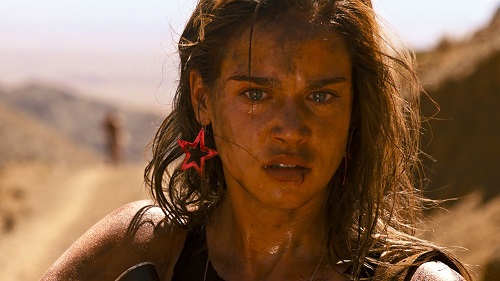 3.) Revenge - This is the film where I cheered on the main protagonist the most! Like legit, standing on the couch, yelling at the screen to get 'em! A woman is enjoying a weekend with her married boyfriend when his friends intrude on their getaway weekend. After their arrival, things take a shocking turn when she is violated and left for dead. However, she survives and becomes intent on wrathful revenge. I'm usually not a fan of rape-revenge movies, but this one is so stunning, visceral, and brutal that I adored it. There are some unbelievable moments in it, but overlook those and this film is a wild, violent, blood-drenched, satisfying tale of revenge. 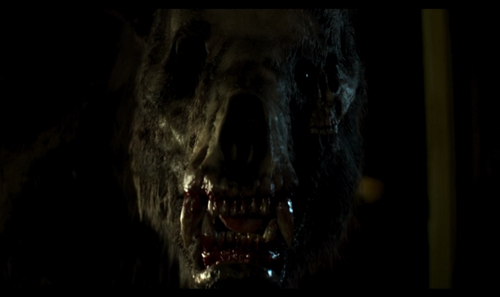 2.) Annihilation - This jaw-dropping film was not only gorgeously macabre, but had such an high-concept premise (based on the book) that was executed flawlessly to film. A team of scientists head into the mysterious quarantine zone known as The Shimmer, a beautiful but deadly world of mutated landscapes and creatures that is spreading and threatening all life on Earth. I loved the visuals of the film, the horrifying creations that were encountered, and it had one of the most unsettling scares of the year. 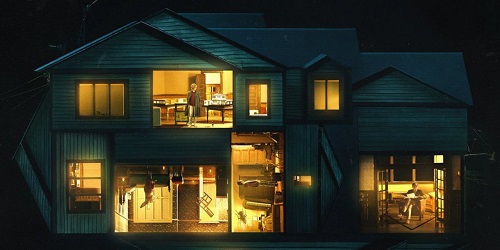 1.) Hereditary - This was my favorite movie-going experience of the year - I saw it by myself in a full theater and like A Quiet Place, you could hear a pin drop, with the exception of the WTF scenes were people were audibly gasping at the screen! After the family matriarch passes away, a grieving family is haunted by tragic and disturbing occurrences, and begin to unravel dark secrets. No surprise that this is at the top of most "best of" lists this year, and for good reason. It went down a completely different path than I was expecting it to, delivered some shocking scenes, featured dark humor, completely freaked me out, and just left me with the biggest grin on my face after walking out of the theater. I've seen it multiple times since experiencing it in the theater (I immediately bought it on Blu-ray when it was released) and after multiple viewings it still stands up. It is just a brilliant piece of filmmaking and my absolute favorite film of the year!

What were your favorite horror films of 2018?

Keep an eye out for my list of most-anticipated horror movies coming in 2019 soon!