So sorry for neglecting you, my vegan fiends!

April has been a cruel month for me! A few weeks ago I got realllllly sick and after refusing to go to the doctor (I loathe going to the doctor's...even tho my doc is pretty cute!) even though I had a fever for 4 - 5 days straight, I finally had to go. Turns out I had pneumonia! I know, right?! How the heck did I, who almost never gets sick, catch pneumonia, especially in sunny SoCal?! Anywho, being sick wasn't fun. I had to miss my "day job" and couldn't really do anything besides lie in bed and watch streaming episodes of 30 Rock on Netflix. I didn't have the energy to cook anything either, so meals consisted mainly of PB&J sandwiches. Sure, it may sound nice now, but I was pretty miserable and most of the time I was coughing so hard I felt like I was gonna cough up a lung (or two). 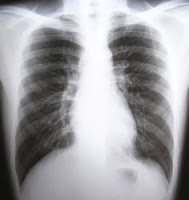 I finally started getting better after the doc put me on antibiotics, but then I was busy catching up on everything AND spending time with my mom, who visited the week after I was sick. I had a grand time with her - we caught Kick-Ass (fun flick!), went to a Native Foods cooking demo (yum, yum!) and strolled on the beach - but didn't have any time to blog.

However, have no fear, for the Spooky Vegan is back in action and ready to blog up a storm! I've got lots of goodies to share with you over the next couple days, like reviews of vegan candy bars (NOM NOM NOM!), a report on that Native Foods cooking demo (Chef Tanya rocks my world!) and perhaps even a few horror movie reviews (though it seems like I've been taking a hiatus from horror lately). 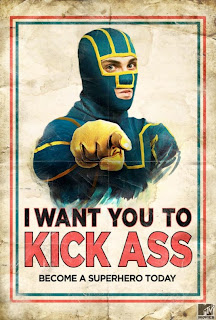 So stay tuned for some great new stuff from the Spooky Vegan!
Posted by Sarah E. Jahier at 10:44 PM

Email ThisBlogThis!Share to TwitterShare to FacebookShare to Pinterest
Labels: about me, updates