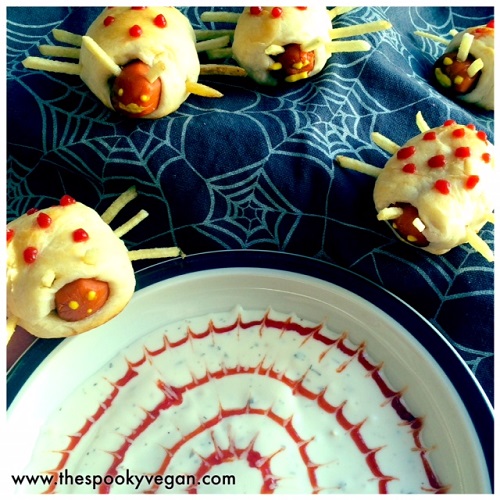 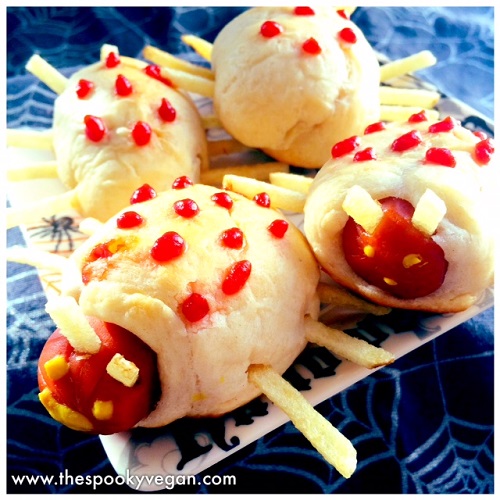 These plump little critters are perfect for your next Halloween get-together! They are so easy to make, require few ingredients, and even the kiddos (and kids-at-heart) find them fun to assemble!

I found the recipe in the Betty Crocker Halloween Cookbook, though it obviously wasn't vegan-friendly. Well, a few quick swaps of ingredients and it was easily veganized! You can find the cruelty-free, dairy-free, veganized recipe below: 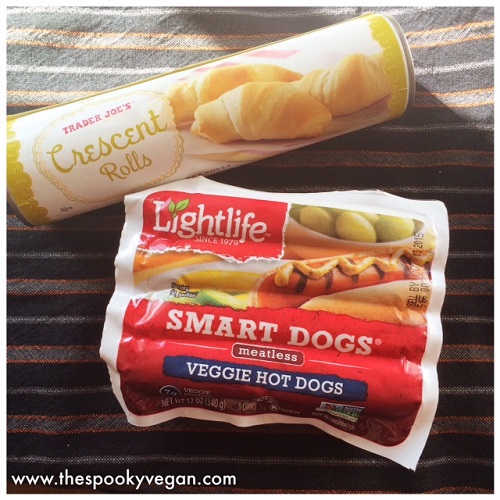 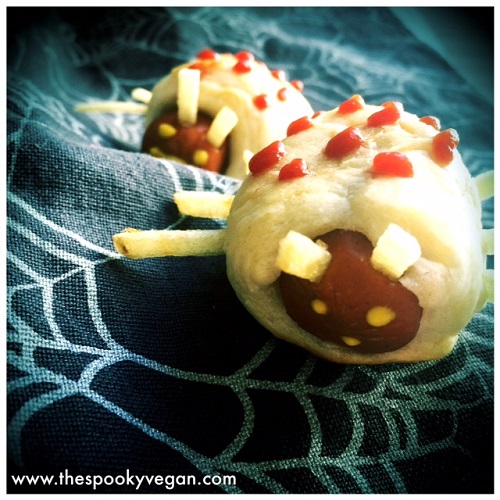 For the Bug Bites:

1 can Trader Joe's refrigerated Crescent Rolls (they are "accidentally" vegan!) or other vegan refrigerated rolls

1 package of Lightlife SmartDogs or other vegan hot dogs, cut into thirds

Ketchup, mustard, or other condiments for decorating

Follow the instructions on the roll package and preheat the oven to the temperature it specifies (for me, it was 350 degrees Fahrenheit).

Unwrap the dough. Mine was pre-perforated into eight triangles, so I kept some of them this size while others I cut in half. This way I was able to get about 12 Bug Bites out of one package of Trader Joe's Crescent Rolls.

I used the same wrapping technique for the smaller pieces of dough I had cut in half. I then rolled the Bug Bite in between my hands a few times to seal all the seams.

I placed the prepared Bug Bites on a baking tray lightly coated in coconut oil, then popped them in my oven for about 12 - 14 minutes (remember, follow the baking directions on whichever dough you end up using). Once lightly browned, remove from oven and allow to cool enough so that you can pick them up.

Once cooled, you can have some fun assembling them! Give them legs and antennae with the shoestring potatoes, give them eyes, mouths and decorations with the condiments of your choice! I used ketchup for their dots and mustard for their eyes and mouths.

Then you can also make the dipping sauce - just take your vegan ranch dressing and spread it on a shallow plate. Then draw concentric circles with the ketchup (to make lines precise, you can put the ketchup in a sandwich bag, then cut a very small hole in a corner with scissors - or if you have a small icing tip that would work too!). Drag a toothpick through the ketchup to create a spiderweb effect!

Then dig in, though they might look too creepy-crawly CUTE to eat! 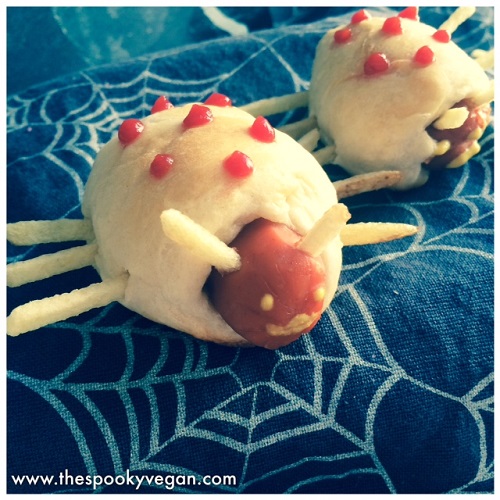 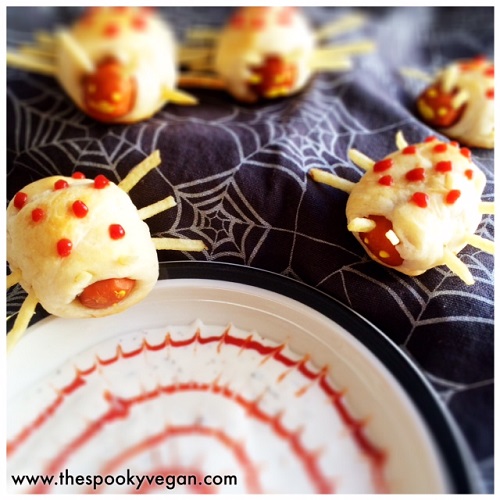 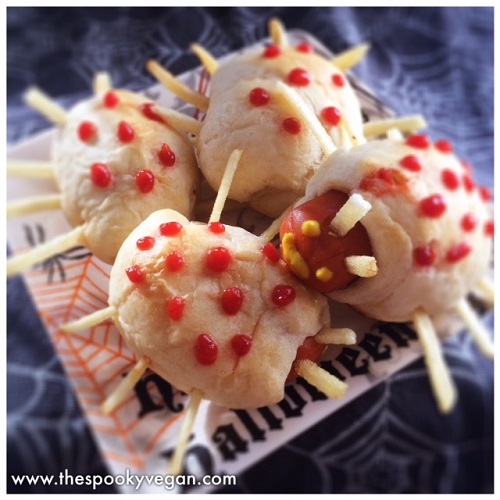 These bugs will give you the warm fuzzies instead of the heebie jeebies!
Posted by Sarah E. Jahier at 7:30 AM