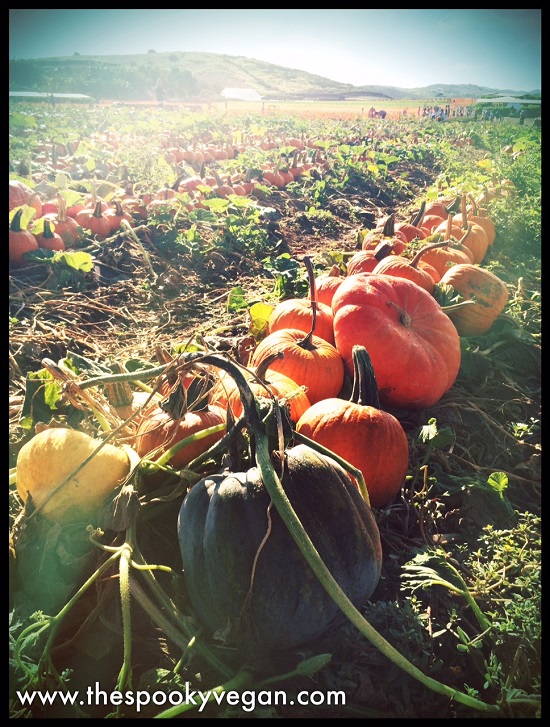 Per October tradition, I visited the Tanaka Farms Pumpkin Patch in early October. It was a relatively warm Saturday morning when I arrived, and all the pumpkins were still covered in dew from the night before. Pumpkin patches are my favorite, and this is the only "real" pumpkin patch in the area where they grow their own pumpkins (well, this year they had a bunch of pumpkins trucked in as well - the drought no doubt affected this year's crop) and other veggies/fruits. Here are some pics I took at the pumpkin patch: 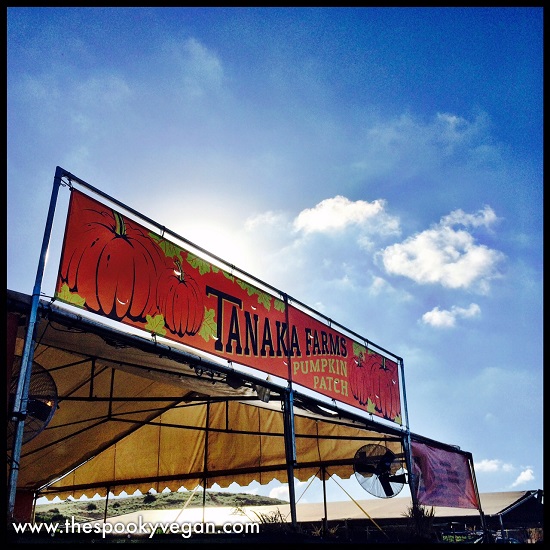 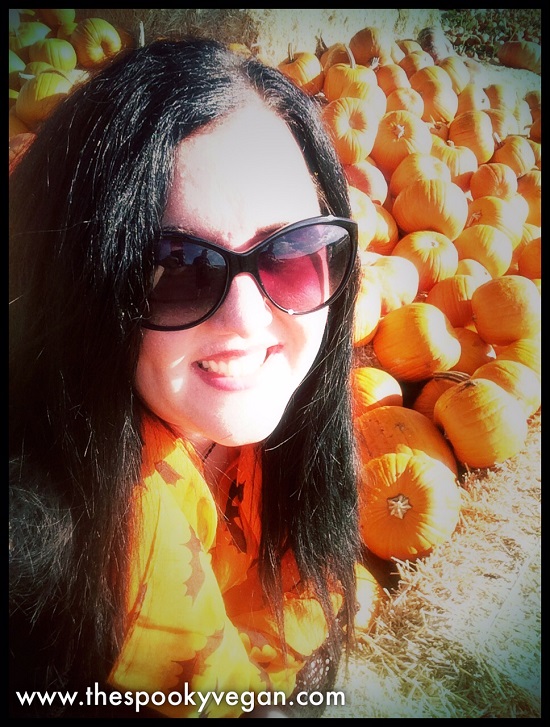 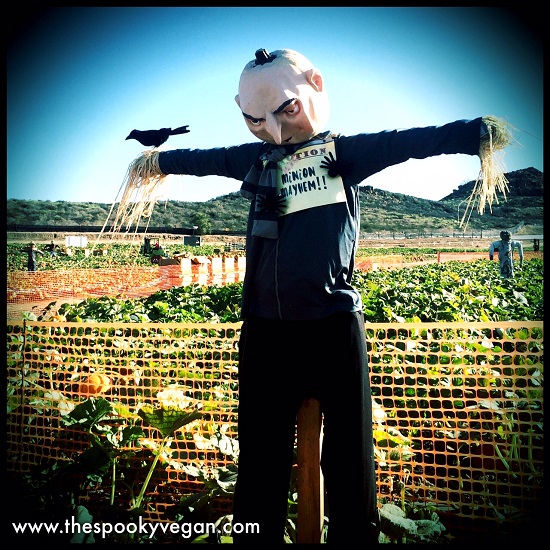 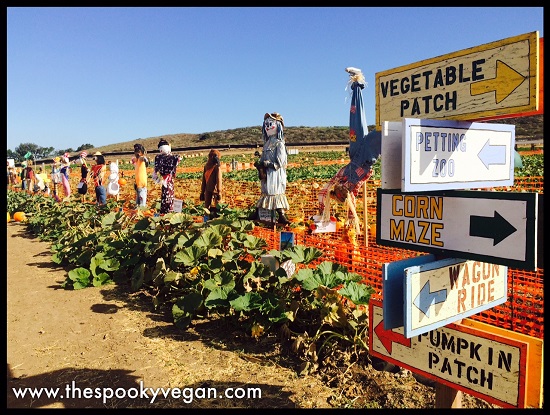 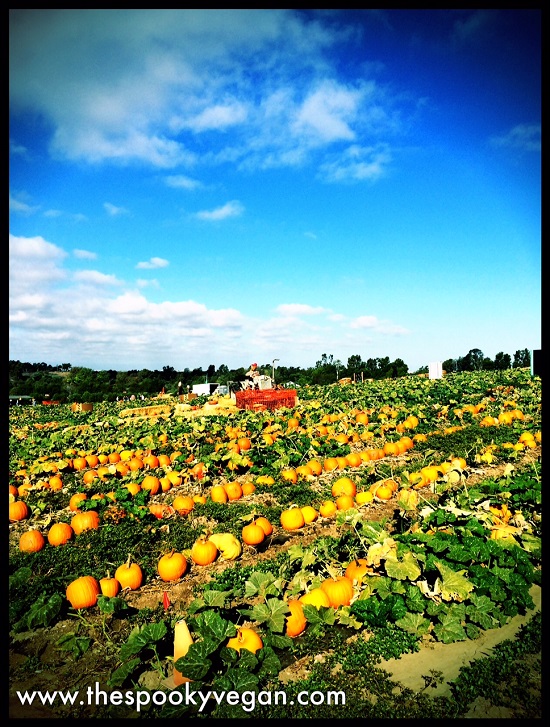 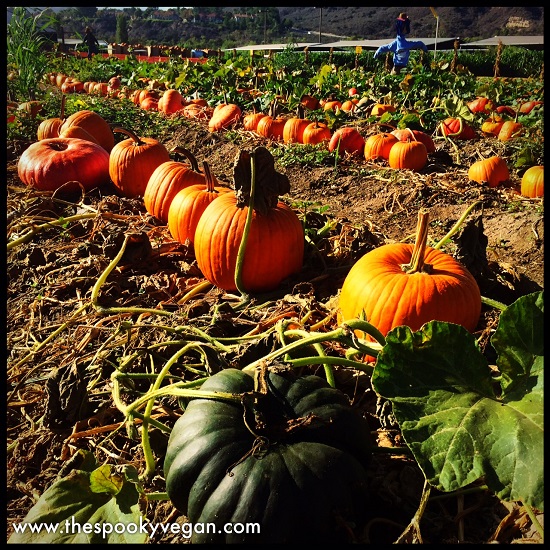 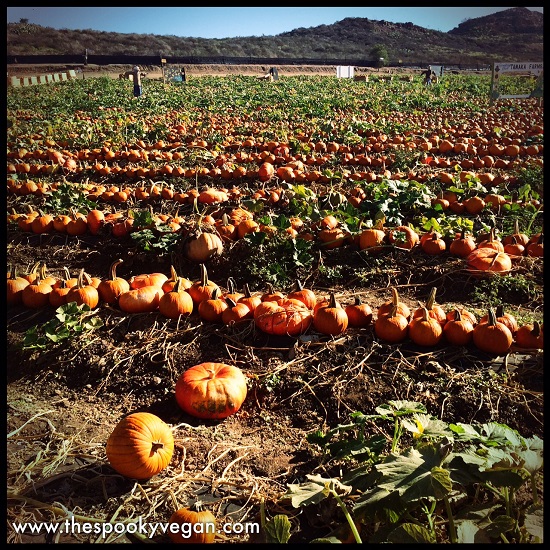 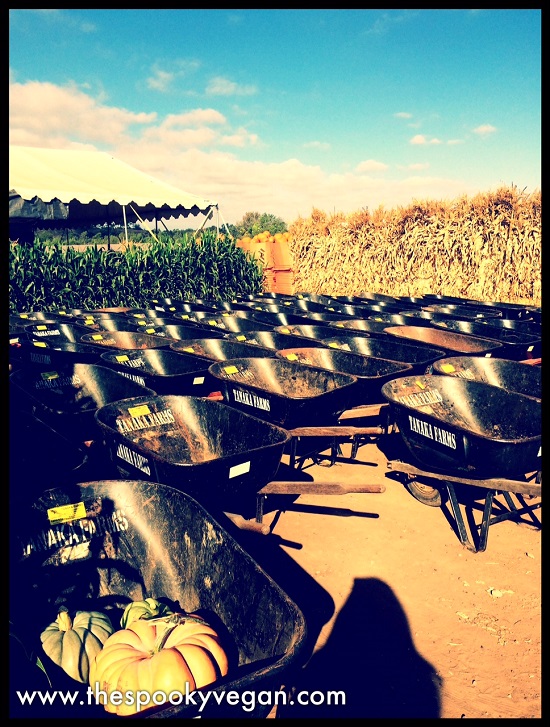 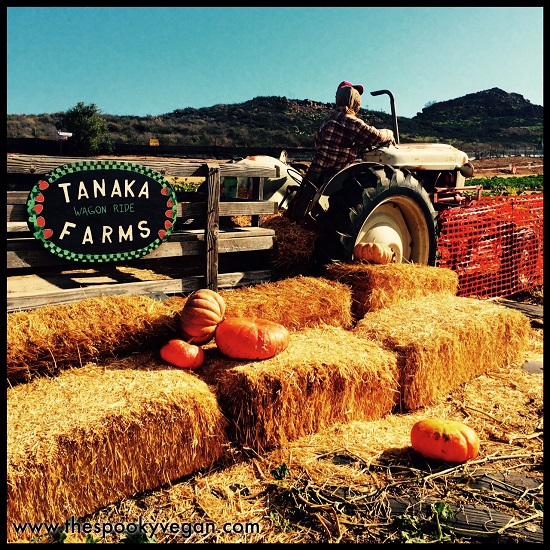 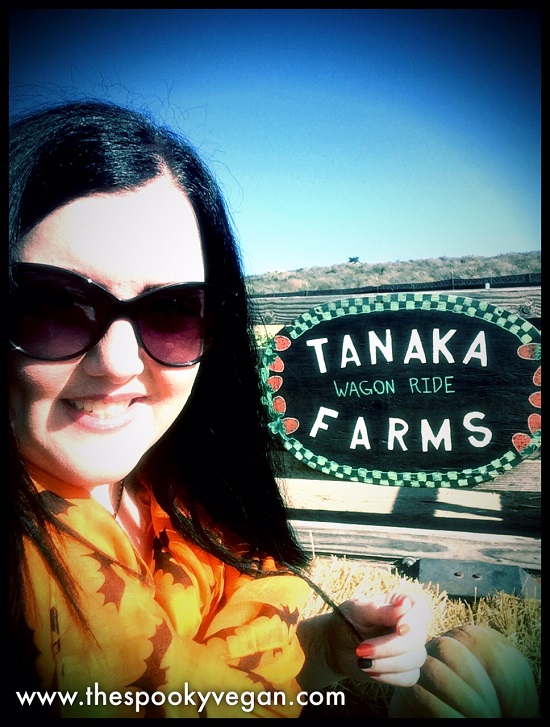 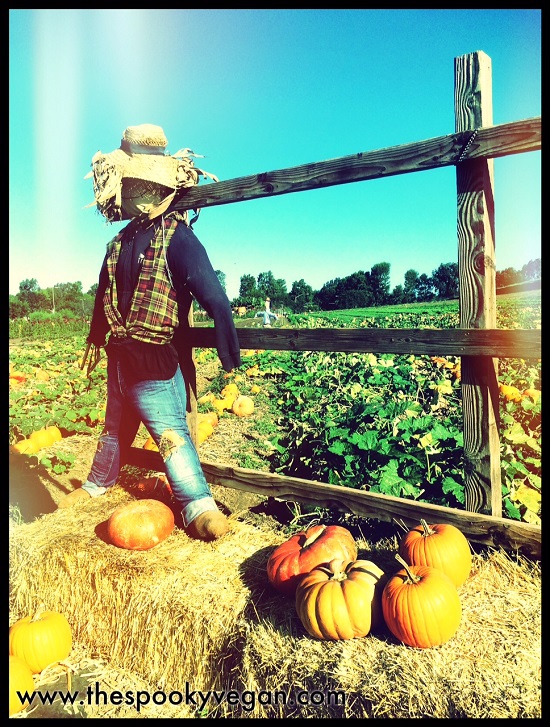 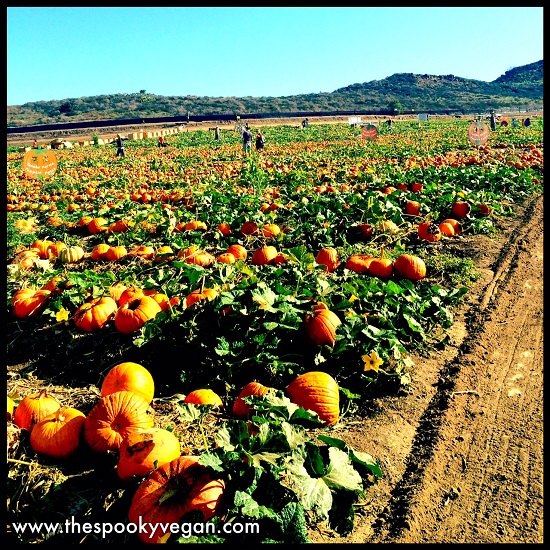 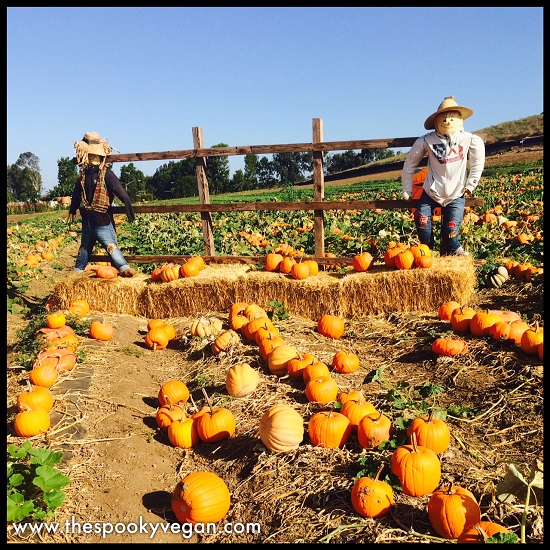 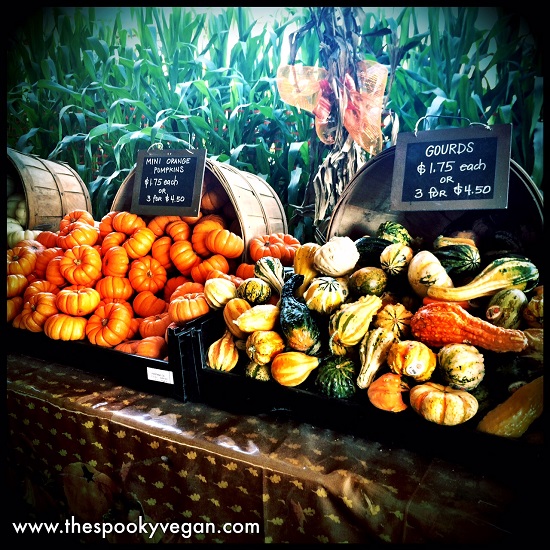 This year they have moved everything to the pumpkin patch side, including their wagon rides, kid games, produce store, and petting zoo, so you don't have to cross the street anymore. Their petting zoo is the only thing I despise at Tanaka Farms, and I really wish they would get rid of it. I feel so bad for the animals that have to put up with all the dumb kids that poke and prod them. What is it with pumpkin patches and petting zoos?! Yuck.

Tanaka Farms is located in Irvine, California, and entry to the pumpkin patch is $2 per person. Wagon rides and other activities are extra. They have a little market where you can buy bread (some of it vegan), produce, pumpkin carving supplies, and little knick-knacks.
Posted by Sarah E. Jahier at 8:30 AM