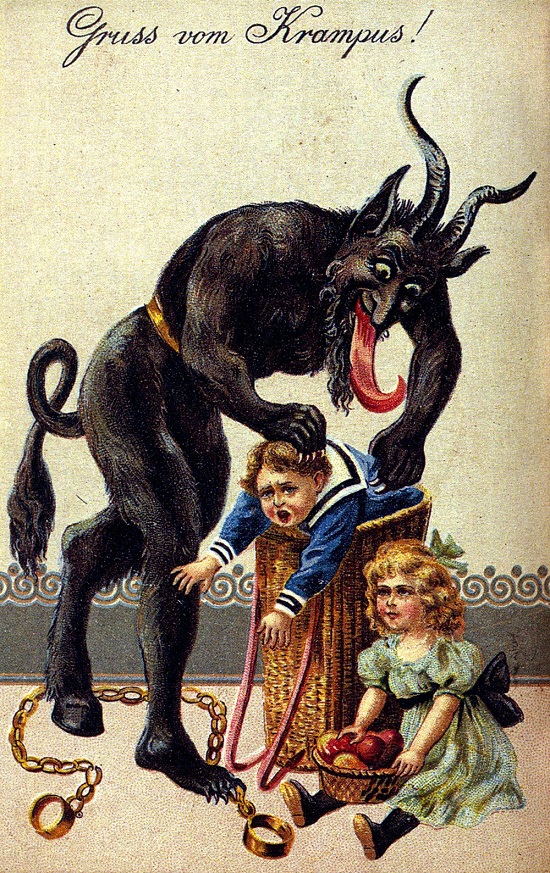 The night of December 5th marks Krampusnacht or Krampus night, which precedes the Feast of Saint Nicholas traditionally held on December 6th. Krampus is St. Nicholas' demonic counterpart, and instead of bringing good little boys and girls presents, he punishes the naughty children.

I hope you've been good, because Krampus is coming tonight! 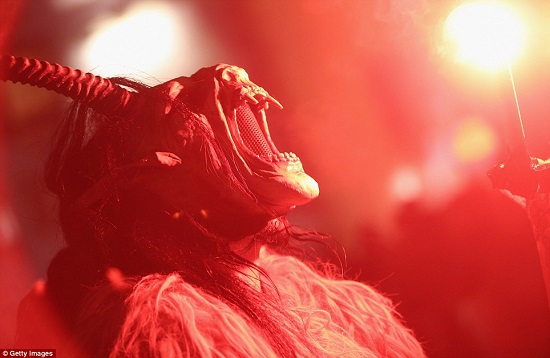 The origins of Krampus are further explained by National Geographic:


Krampus, whose name is derived from the German word krampen, which means claw, is said to be the son of Hel, who rules the realm of the dead in Norse mythology. Krampus also shares characteristics with demonic creatures in Greek mythology, including satyrs and fauns.

The legend is part of a centuries-old Christmas tradition in Austria and southern Germany, where Christmas celebrations begin in early December.

"It's really a pagan character which gets added onto Christmas, and stays in the Catholic countries," said Peter Jelavich, professor of history at Johns Hopkins University, in Baltimore.

Krampus is a counterpart to kindly St. Nicholas, who rewards children with sweets. Krampus, in contrast, swats "wicked" children with birch sticks and takes them to his lair.

According to folklore, Krampus shows up the night before December 6, known as Krampusnacht, or Krampus Night. December 6 is Nikolaustag, or St. Nicholas Day, when German children look outside their door to see if the shoe or boot they'd left out the night before contains presents (a reward for good behavior) or a rod or twigs (for bad behavior). 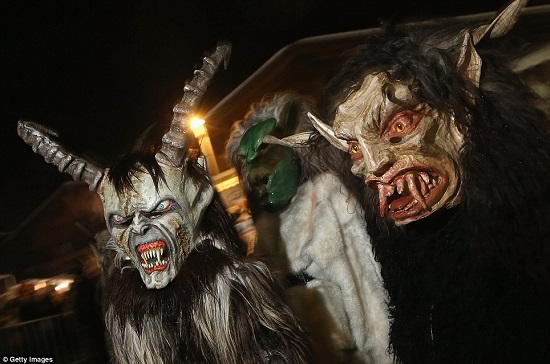 By now, you are probably well-acquainted with Krampus as his popularity has sky-rocketed these past few years. I love how Krampus has been embraced and how he brings some spooky Halloween spirit to Christmastime! And better yet, more popularity means more Krampus-themed events in the U.S.! You no longer have to go to Europe to experience Krampusnacht, where people roam the streets dressed as the hairy, horned demon causing mischief. 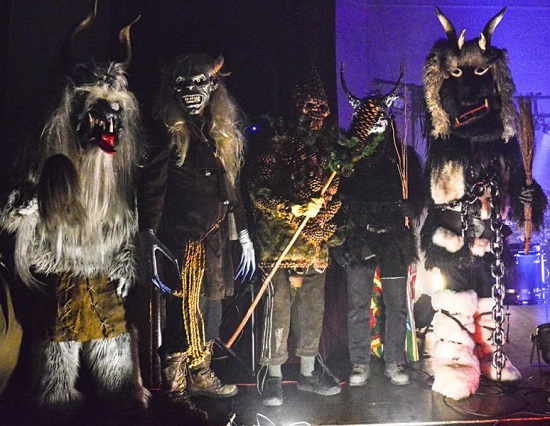 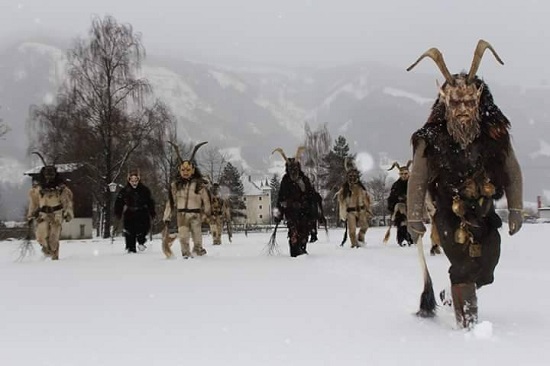 Austrian Moor Troupe, who will be in attendance at LA's Krampuslauf [photo source]

Here is a short NY Times video about the celebration in Bavaria:


Are you doing anything to celebrate Krampusnacht tonight? If not, I highly recommend checking out the new Krampus movie in theaters! I saw it last night and had such a good time! The design is great, and it was a joy to watch! Go check it out!