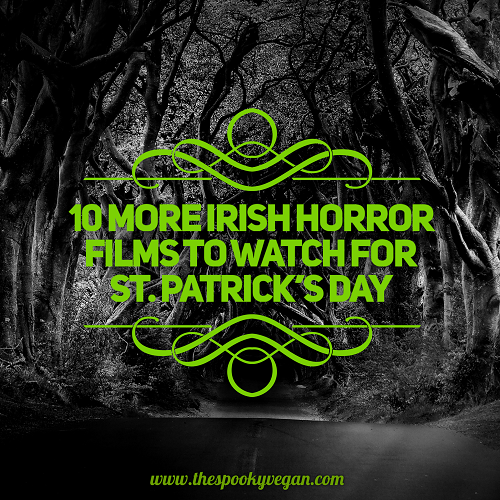 A few years back I shared a list of incredible Irish horror movies that weren't Leprechaun (though, let's be honest, we all have a special love in our horror hearts for that film franchise) and offered something new. All those horror film recommendations still stand today, but after watching a newly released horror film The Hole in the Ground, I knew there were other modern Irish horror films that deserved a watch, too!

With St. Patrick's Day being celebrated this weekend, I thought this would be a great time to highlight 10 more Irish horror films you should watch. These vary from films set in Ireland, filmed in Ireland, Irish-directed movies, movies produced by Irish companies, etc. These films vary in tone from boisterous to moody to disturbing to gory, so there should be enough variety for everyone! Also, don't forget to check out my previous top 10 list of Irish horror for more recommendations.

Check out my picks for 10 more Irish horror films to watch for St. Patrick's Day below: 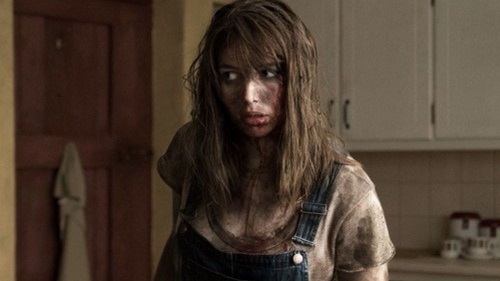 The Hole in the Ground (2019) - A mother and son move to a home at the edge of a forest in Ireland to start fresh. While walking in the forest they discover a gigantic sink hole. During the night, the young son goes missing, and when he returns the mom starts to suspect her son never returned at all. I watched this recently and enjoyed it. It has some beautifully foreboding cinematography and I love stories about changelings (though I wish it had gone more into the lore of these creatures). This is definitely worth checking out if you are looking for a new Irish horror film to watch. 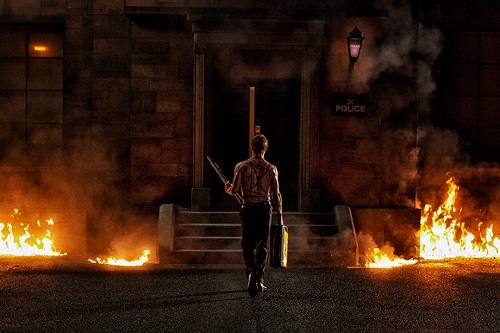 Let Us Prey (2014) - Co-funded by the Irish Film Board and directed by Brian O'Malley (who has another film later in this list) and written by Fiona Watson and David Cairns, this horror film is about a rookie cop (played by the brilliant Pollyanna McIntosh) who is starting her first night shift in a rural police station manned by bitter, forgotten cops. When a mysterious stranger (Liam Cunningham from Game of Thrones) arrives, he manages to insidiously take over the minds and souls of everyone inside. I enjoyed this film, it really ramps up the tension and horror with such wicked glee!

The Cured (2017) - Filmed and set in Ireland, this film is about the cure for the disease that turns people into zombies. The government tries to re-integrate the once-infected zombies info normal society, but they are in turn discriminated against by society and their own families, causing unrest. This film stars Ellen Page and looks like a unique twist on the zombie genre, but I actually haven't had a chance to see it yet. 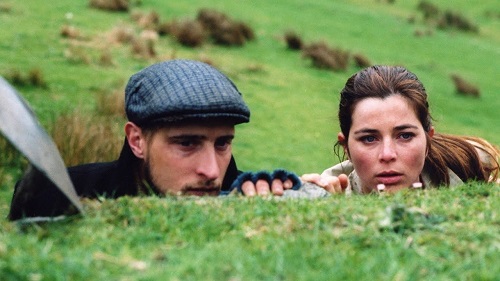 Dead Meat (2004) - In Irish filmmaker Conor McMahon's feature debut, Mad Cow disease mutates and infects inhabitants across the Irish countryside, turning them into flesh-eating zombies. This low-budget film is your standard violent zombie flick with bit of gory comedy thrown in. It's not a masterpiece by any means, but it a fun bucket o' guts if you're a zombie fan! And McMahon would go on to direct another horror film further down this list... 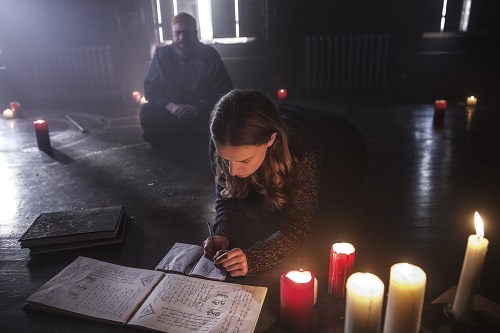 A Dark Song (2017) - Filmed in Ireland, this movie tells the tale of a grieving mother despairing over the tragic loss of her murdered son. Desperate to make contact with the boy she has lost, she hires an occult expert and rents an isolated house to perform a series of dark and forbidden rituals that push her to her physical and psychological breaking point. This movie was one of my favorites in 2017, it is a creepy slow burn that keeps you guessing. The ending had a lot of people divided, but I thought it was different in a good way. You can catch it streaming on Netflix. 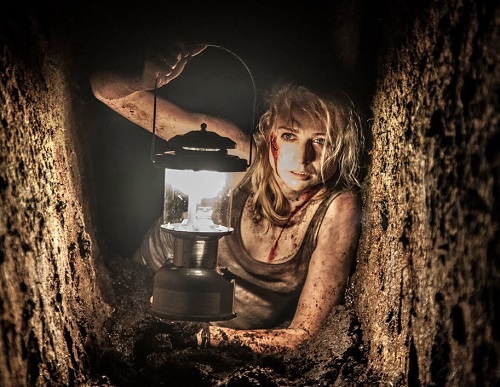 From the Dark (2015) - Another film by director Conor McMahon, this one is about a couple on a trip through the Irish countryside. When their car breaks down, they are hunted by a creature who only attacks in the dark. This was a tense movie and I loved the opening scenes of a farmer unearthing the creature. I also liked how the girlfriend became a kick-ass heroine! 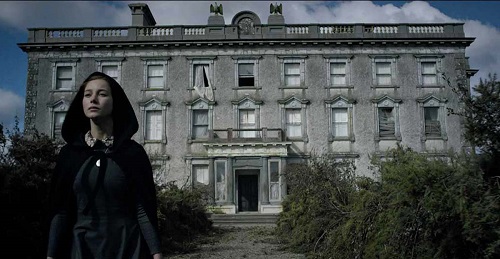 The Lodgers (2017) - In rural Ireland in the 1920's, twins Rachel and Edward share a strange existence in their crumbling family estate. Each night, the property becomes the domain of a sinister presence which enforces three rules upon the twins: they must be in bed by midnight; they may not permit an outsider past the threshold; if one attempts to escape, the life of the other is placed in jeopardy. When troubled war veteran Sean returns to the nearby village, he is immediately drawn to the mysterious Rachel, who in turn begins to break the rules. The consequences pull Rachel into a deadly confrontation with her brother - and with the curse that haunts them. This atmospheric gothic horror film is gorgeous and was filmed on-location at one of the most haunted houses in Ireland, Loftus Hall. I loved the aesthetic of the film, but was a bit let down by where it finally went. Still, it's worth a watch and is available to stream on Netflix. 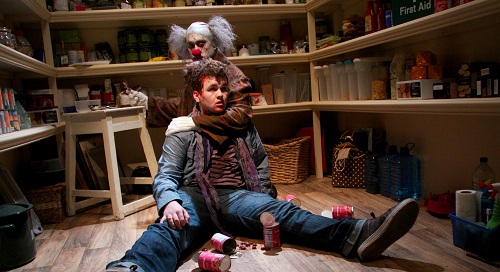 Stitches (2012) - Co-produced by the Irish Film Board and the third film on this list directed by Conor McMahon, this sarcastic and dark horror comedy is about Stitches the clown who is killed in a party mishap after being ridiculed by kids. He then returns from the grave to seek revenge on the people responsible. You can find this one streaming on Netflix. 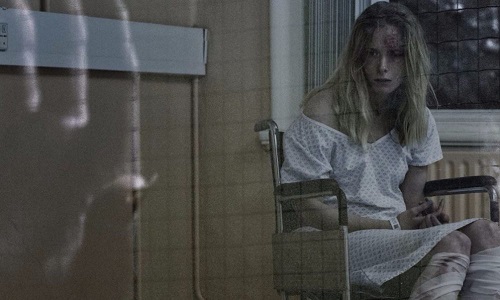 Nails (2017) - This Irish co-production is about a paralyzed woman desperately tries to get her family and doctors to believe that she is being terrorized by a malevolent presence in her hospital room. I didn't really care much for this movie, but I do think the character design of "Nails" is pretty terrifying and I appreciate the eerie atmosphere of the hospital. You can check it out on Netflix streaming. 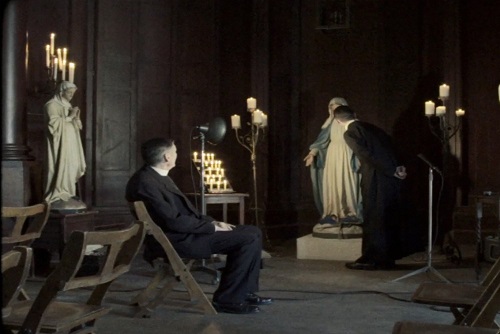 The Devil's Doorway (2018) - Directed by Aislinn Clarke, this found footage film focuses on two priests who investigate a statue of St. Mary in a Magdalene weeping blood in a remote Catholic home for "immoral" women in 1960s Northern Ireland. They use 16mm film cameras to record their findings to determine if this is in fact a miracle or a hoax, but come to uncover something far more sinister. 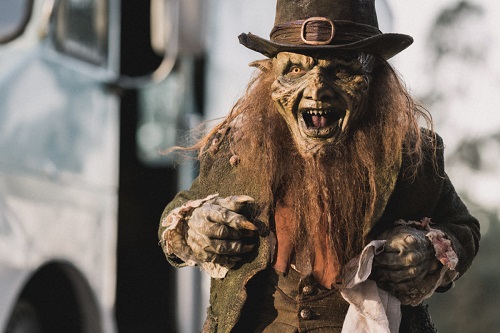 BONUS: Leprechaun Returns (2019) - Picking up 25 years after the first film, the Leprechaun returns when a group of girls unwillingly awaken him, when they tear down a cabin so that they can build a new sorority house. No Warwick Davis in this installment, as Linden Porco assumes the Leprechaun role, but I hear it is still a fun, gory romp. This film will air St. Patrick's Day on the SyFy network! Who's gonna be watching?! 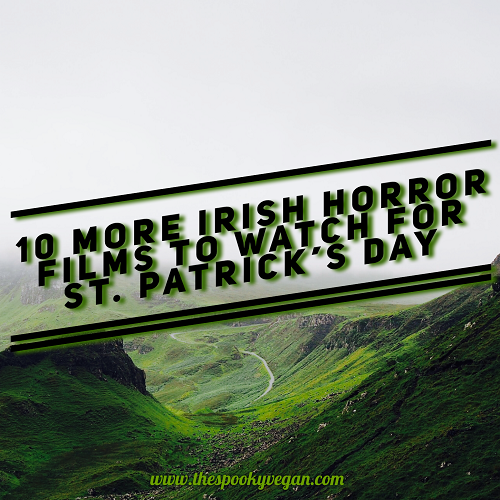 Need more recommendations? Don't forget to check out my other list of 10 Irish horror films!

What are your favorite Irish horror films? What are you planning to watch for St. Patrick's Day?

Note: Some items in this post may contain affiliate links. By using these affiliate links, you are supporting The Spooky Vegan and keeping this website running, so many spooky thanks to you!
Posted by Sarah E. Jahier at 7:30 AM