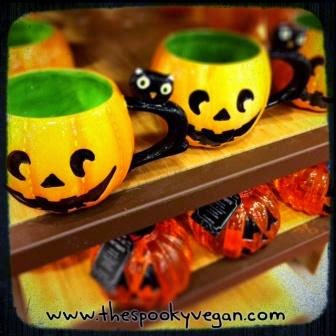 These jack-o-lantern mugs with black cat handles
were EVERYTHING! So creepy cute!

Pier 1 Imports have had their Halloween items for a few weeks now, so I decided to stop into one of their stores to survey their selection. While they sometimes have cool stuff, I generally don't make it a priority to visit their stores since their items tend to be either covered in glitter or too expensive (or, heaven forbid, both!). However, a Halloween pal posted an adorable jack-o-lantern mug she found there and I had to visit, if for nothing more than to get that mug!

As expected, they didn't have much I wanted, but I did pick up the jack-o-lantern mug! You can check out what else I spotted in the pics below: 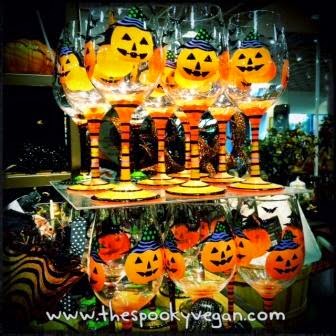 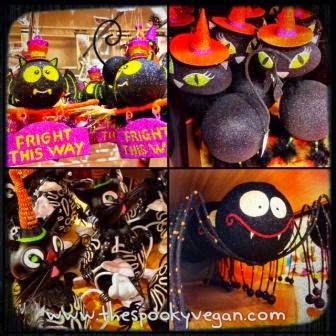 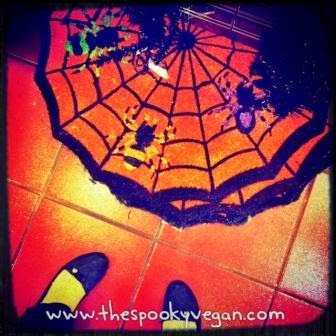 I do covet this spiderweb mat...might have to return to pick
it up! 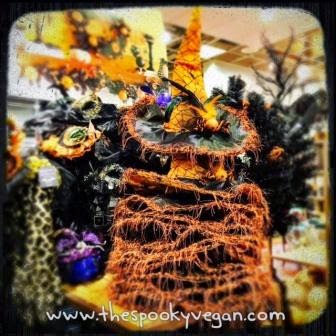 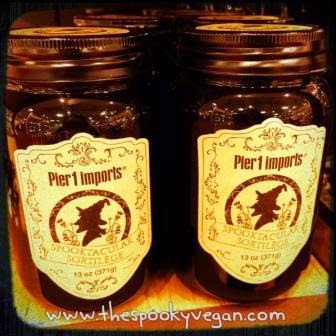 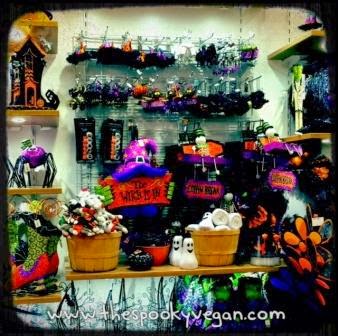 You can't tell by this photo, but almost everything seen
was glittery! 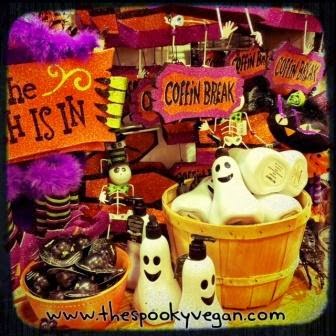 Boo to you soap dispensers and Coffin Break signs! 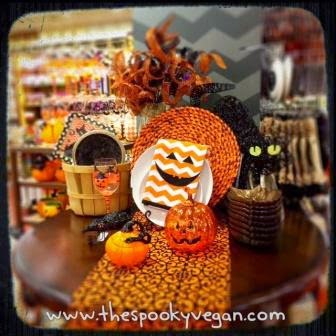 Ok, I really did like the chevron jack-o-lantern towels!
And good news - no glitter! 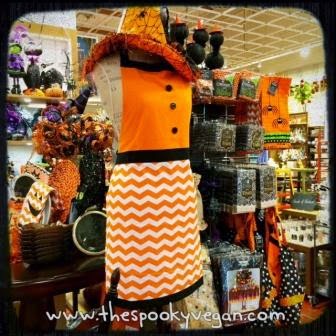 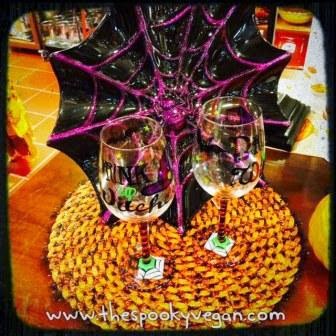 I liked this black and purple spiderweb platter, but...
you guessed it - damn glitter! UGH!

Have you been to Pier 1 Imports? Were you able to find any non-glittery Halloweenie things? Do you wish the glitter trend would die as much as I do or are you a fan?
Posted by Sarah E. Jahier at 6:59 AM