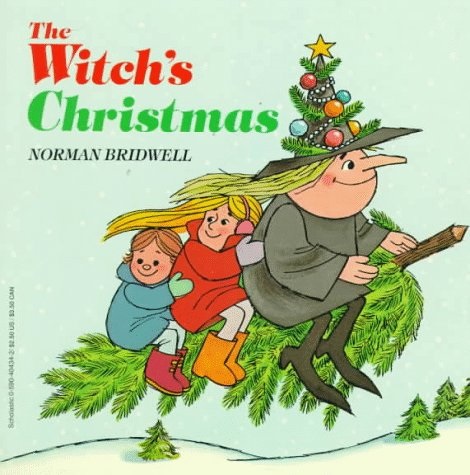 The Witch's Christmas originally came out in 1970 and looks like it was re-illustrated and re-released in 1986. Both versions were illustrated by Bridwell, with the later version getting some color. I've included pages from both versions below.

Both versions look frightfully fun and our witch shares a lot of the Creepmas spirit, like making it rain black snow, creating a holiday wreath from bats, singing Creepmas carols with some monster friends, and decorating a Creepmas tree with skulls, bats, and spiders! Merry Hexmas indeed!

Check out some of the pages from both versions of The Witch's Christmas below: 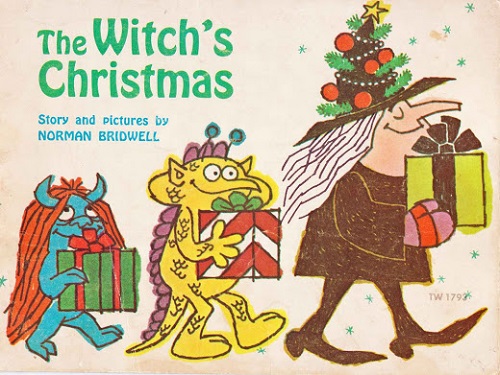 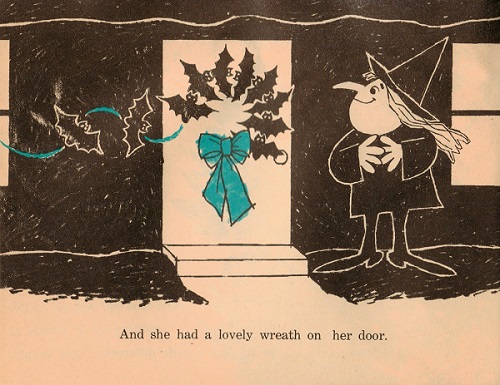 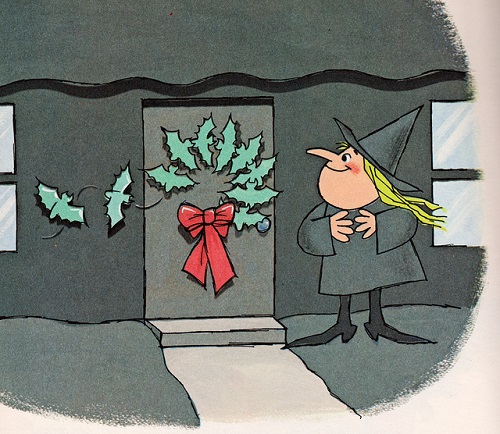 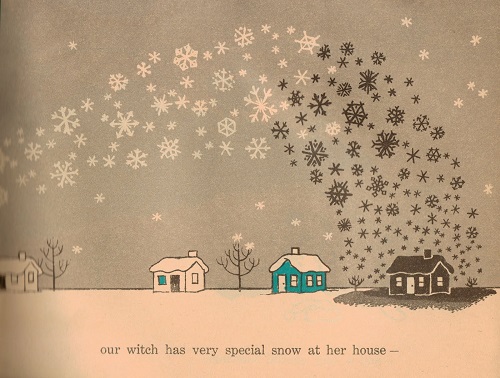 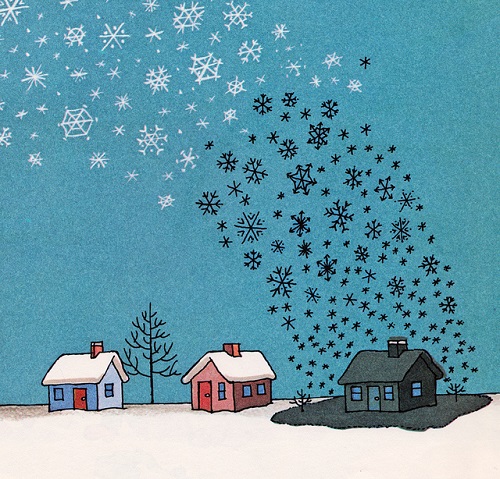 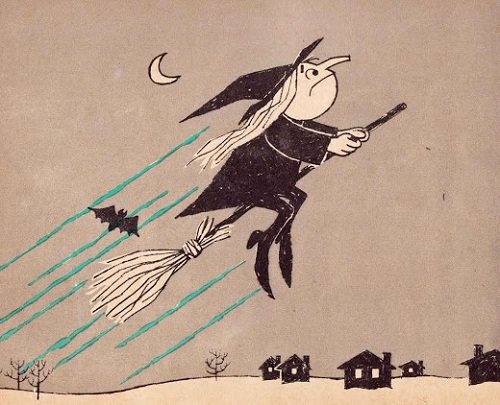 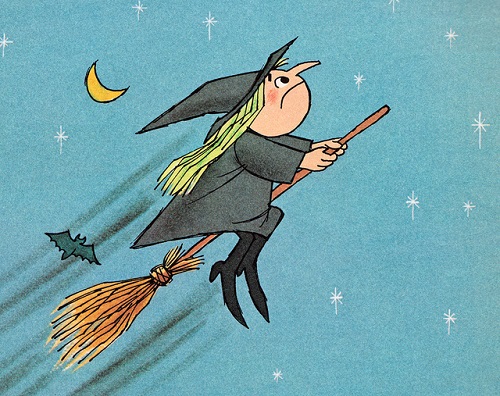 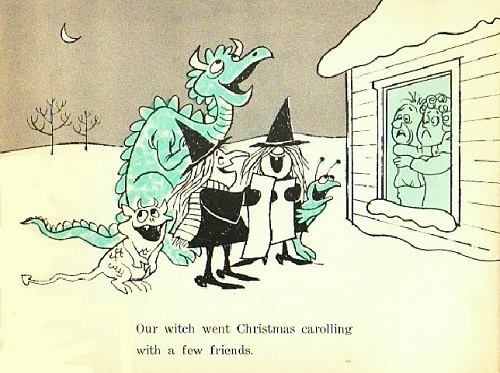 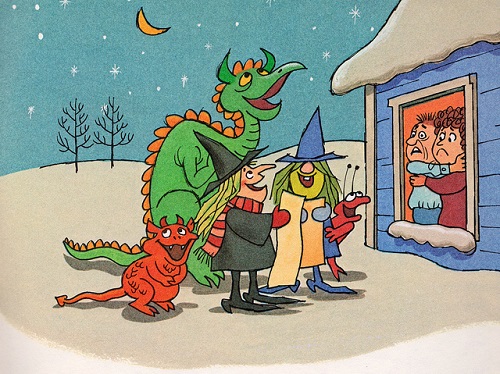 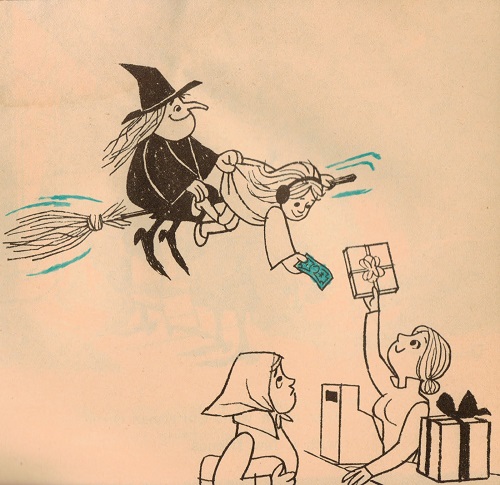 Shopping sure would be a breeze if you took to the air on a broom! 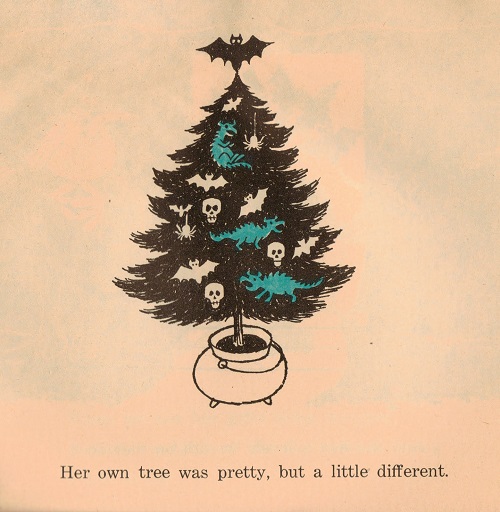 And my favorite page, the Creepmas tree, decked out with bats, spiders, skulls,
and (randomly) dinosaurs! 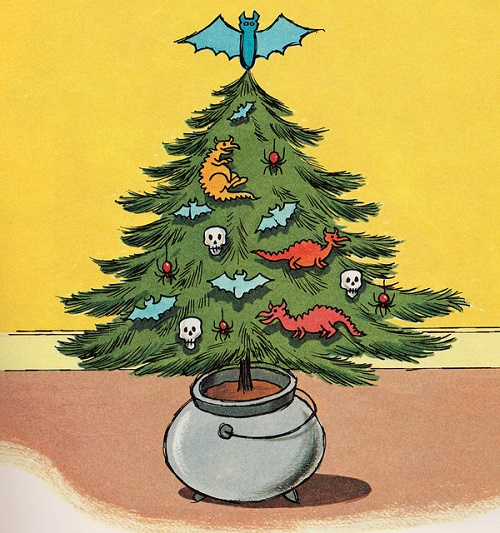 Bridwell has other kids' books featuring the same witch, including The Witch Next Door, The Witch's Vacation, The Witch Goes to School, and so on.

Have you read this book before? Did you have it when you were younger?

Do you want the book for yourself? It doesn't appear to be in print, but you can find it used on Amazon!