31 Days of Halloween: The Art of Chad Savage Whenever I think of Halloween art, I think of dark artist Chad Savage and his spooky creations. In fact, I find it odd that I haven't featured him previously on my 31 Days of Halloween posts! This year I thought it was high time to remedy that and share his creepy creations with you, ghastly readers.

Here is a bit more about Mister Savage from the bio on his site:

Chad Savage was a dark artist from the moment his pudgy little hands were able to set crayon to paper. He was the kid that loved Halloween better than Christmas, rooted for Godzilla and Dracula, and really worried his Southern Baptist parents. It was very clear early on that Chad wanted to celebrate Halloween 365 days a year.

With a degree in illustration and graphic design, 20+ years’ experience drawing and designing for the horror genre and over 15 years’ experience in web design, Chad got his wish. Halloween, for him, is every day. His company Sinister Visions inc. is thriving, providing web design, print design, illustration, sound design, font design and more for the horror, Halloween and haunted attraction industries. Sinister Visions currently hosts/manages close to 200 dark websites; odds are you’ve already been to at least 10 of them.

Chad’s artwork has appeared in (and on the cover of) numerous books and magazines and garnered awards from same. His original fonts have appeared on books, magazines, DVDs, CDs and in movies. Besides running genre sites like DarkChicago.com and ZombiePinups.com, he is the Art Director and Lead Designer for annual horror conventions like Flashback Weekend, HAuNTcon, and the World Horror Convention, and proudly sponsors numerous dark genre events and projects.

Check out a few pieces of his amazing artwork below (I do not claim ownership of these images, all are copyright Chad Savage/Sinister Visions): 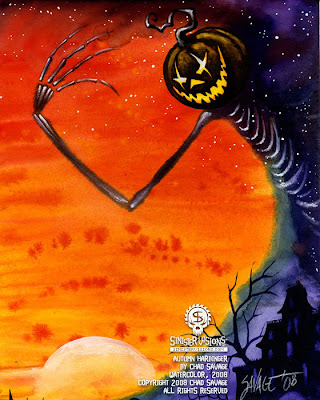 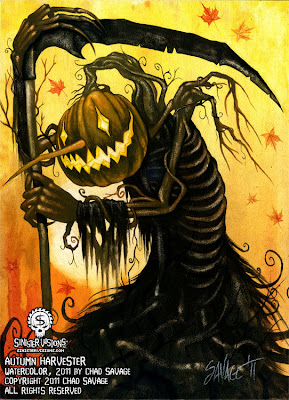 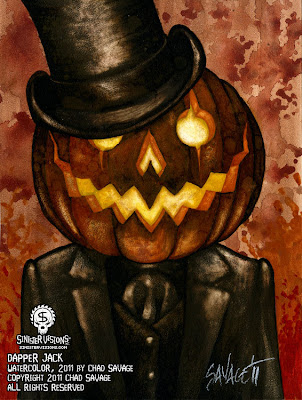 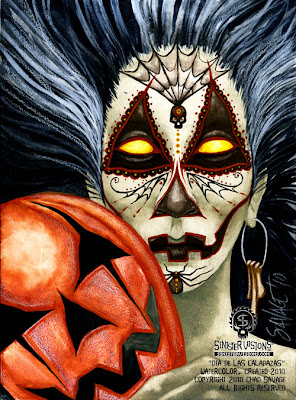 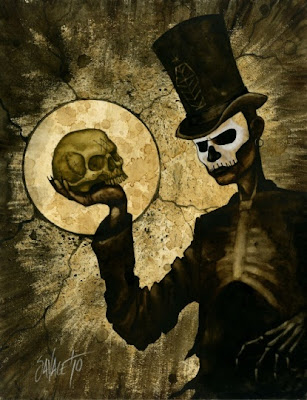