To get inspiration for this Halloween's theme which (as you've probably noticed) is zombies to coincide with my party theme of Zombie Prom, I have been re-watching a lot of my favorite zombie movies and figured, hey, why not share my top 10 favorite zombie flicks with my dear readers? So, I picked my brain and whittled down my expansive list of awesome zombie movies to just my top 10. 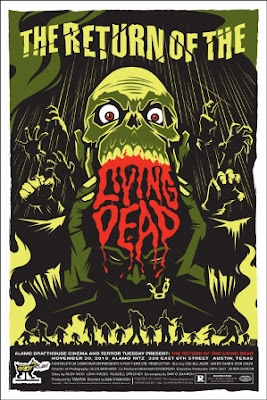 1.) Return of the Living Dead – I could re-watch this hilarious flick from Dan O’Bannon over and over and never get sick of it! I mean, how can you get tired of a group of punks (including a naked Linnea Quigley) running around a cemetery while the dead raise up around them crying for brains and more paramedics?! It’s got tongue-in-cheek humor (cleverly referencing Romero’s original zombie masterpiece Night of the Living Dead), relentless zombies (who cannot be killed with a headshot, unfortunately) and Tar Man (my favorite zombie!)! 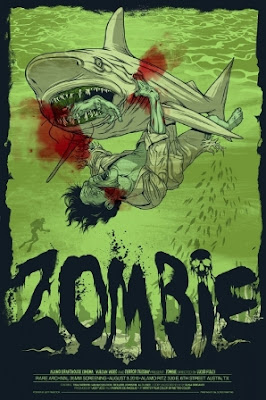 2.) Zombi – All I need to say about Lucio Fulci’s zombie masterpiece is shark vs. zombie, but I’ll expand a bit and also mention the most excruciating ocular horror scene EVER, lots of groddy zombies, gallons of gore and an unsettling atmosphere. 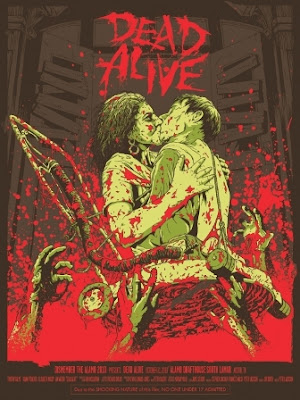 3.) Dead Alive – Yup, another zombie comedy, this one by the great Peter Jackson! This is THE goriest and most hilarious zombie movie ever, therefore making it one of my favorites. Where else will you see the greatest zombie weapon of them all, a lawnmower? 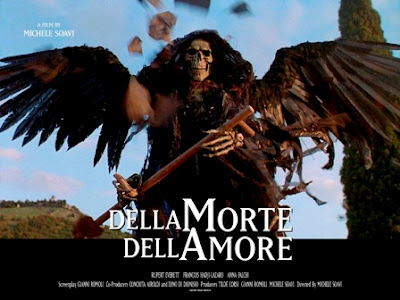 4.) Cemetery Man (aka Dellamorte Dellamore)– A more introspective, philosophical zombie film about a cemetery caretaker (Rupert Everett) who, along with his assistant, must put down the resurrected dead when they rise from their graves. This film has a dreamy (or nightmarish) atmosphere to it, an intriguing and unique storyline and stunning visuals...but it also has some very quirky parts that give it a slightly comical edge. I love it because it is so different than most zombie movies and features a gothic atmosphere and dark humor...not to mention the hottest sex scene in a cemetery ever. 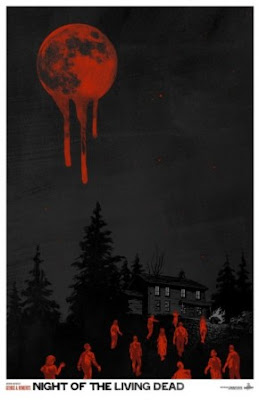 5.) Romero’s “Dead” Trilogy – Ok, so this is a bit of a cheat, since this includes three films, but it’s my list and I’m gonna do it anyway! George Romero’s trilogy consists of Night of the Living Dead, Dawn of the Dead and Day of the Dead (I also enjoyed Land of the Dead, but it didn't make my favorites list...as for Diary and Survival, can we just pretend those never happened?) Though there were zombie films before these (notably White Zombie and I Walked with a Zombie, both excellent and worth checking out), these films are what really set off the zombie craze and were responsible for setting up the so-called “zombie rules”. I think they all stand on their own, but if I had to pick a favorite from the trilogy I’d go with Dawn of the Dead, just because of the pure pandemonium that the film exhibits. 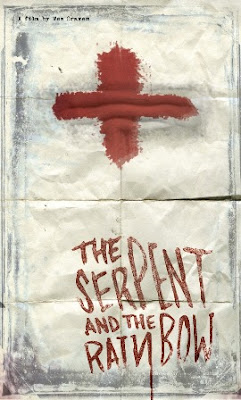 6.) The Serpent and the Rainbow – One of Wes Craven’s most underappreciated movies and one I regard as his best! I love this tale of Haitian voodoo magic and zombie slaves. Definitely not your typical zombie movie, but that is probably why I love this creepy film so much! 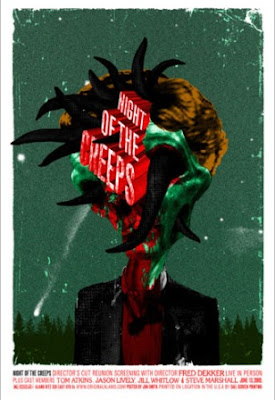 7.) Night of the Creeps – I guess I just love zom-coms, but seriously, how could I leave Night of the Creeps off my favorites? It’s got it all – homage to ‘50s drive-in monster movies, alien slugs, and zombie frat boys! Plus, it has about a bazillion quotable lines like “thrill me”, “screaming like banshees” and “It’s Miller time” – most of which are delivered with gleeful abandon by the always awesome Tom Atkins. 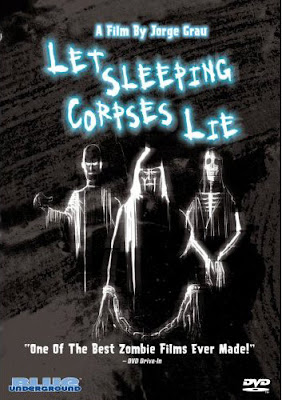 8.) Let Sleeping Corpses Lie (aka The Living Dead at Manchester Morgue) – I love this movie because of the eco-horror backstory as well as the eerie silence of the British countryside setting. I remember watching it the first time and being spooked by the zombies that seemed to pop up out of nowhere. Not too many people are familiar with this lesser-known zombie movie, but it should definitely be checked out! 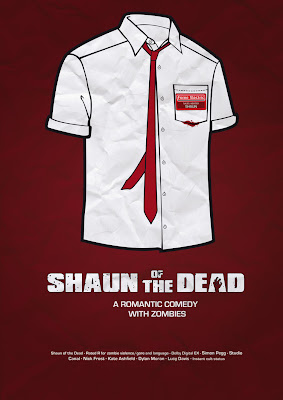 9.) Shaun of the Dead – If you don’t love this movie, then I think you might be a zombie yourself! This is Edgar Wright’s bloody love letter to the zombie genre with the pitch-perfect comedy timing of Simon Pegg and Nick Frost. There are so many witty references to zombie movies that I don’t think even I have caught them all yet. Plus, this is the perfect movie to throw on even if you have friends who profess that they hate horror/zombie movies…in my experience pretty much everyone enjoys this little taste of zombie movie heaven! Grab a cold pint, put on your Winchester Tavern tee and settle in for some zombie laughs. 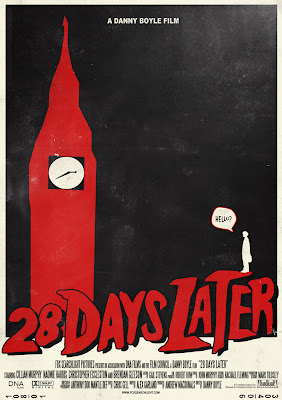 10.) 28 Days Later - I remember when I saw this film when it first came out and thinking how it totally changed the face of zombie cinema. It was new, it was thrilling and spawned countless imitations. Though people debate this being a "true" zombie film, the mindless, zombified hordes certainly convinced me. Plus, the fact that the film feels so real and how its scenario of a fast-spreading virus seems like it could easily happen makes it that much scarier!

Honorable Mentions include Zombieland, Planet Terror and many more I'm sure I've missed. Feel free to share your favorite zombie films below!

P.S. I'll be posting about underrated zombie films October 19th for the Blogger Virtual Zombie Walk!
Posted by Sarah E. Jahier at 8:30 AM