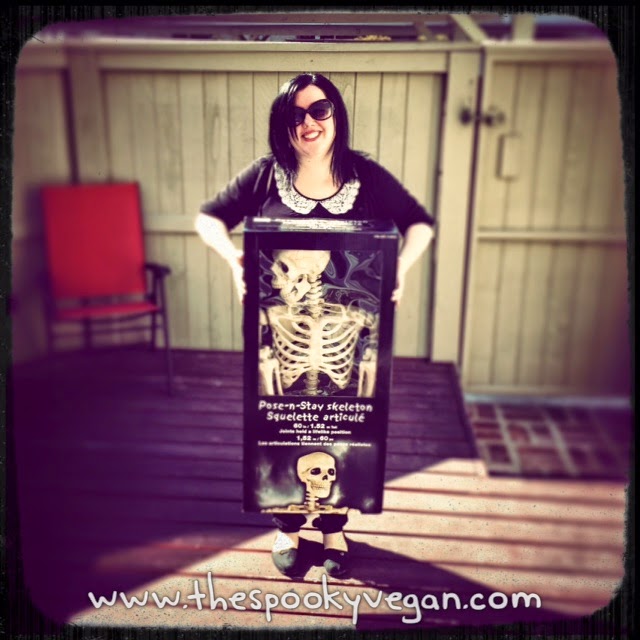 I was lurking around Costco the other day and they had a few Halloween items out - woo hoo! It wasn't much, but they had a pretty orange lantern, some autumn wreaths AND their much-coveted Pose-n-Stay Skeleton! Squuuuuueeeeeee...I had heard rave reviews about this guy and that he tends to sell quite fast, so I just had to have him. I snatched him up right quick and placed him in my cart, and spend the entire shopping trip getting odd stares from strangers and jaws dropping from little kids...but I'm used to that anywho, so nothing new there! 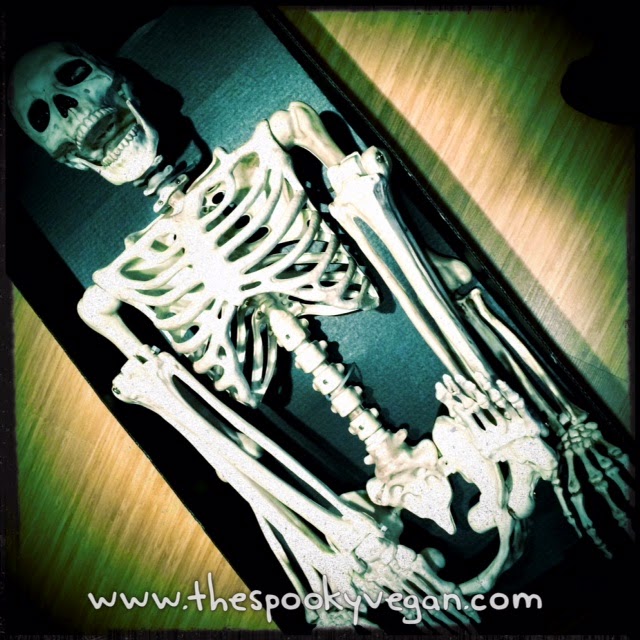 The box was almost bigger than me (as you can see in the first photo!), and I couldn't wait to get my new skeletal friend home. I carefully unboxed him once at home (there is no assembly required), and he is a big fella, about my height (5 feet). He has screws in his joints that you can loosen/tighten to pose him however you want and is also made out of latex so he is very flexible. He is very well constructed, not flimsy at all, realistic and easy to be posed.

Mister Spooky and I decided to name our bundle of joy Frank (no reason why, we were thinking of the same name at the same time - we do that a lot). I call him Frankie. I put Frankie in a sitting position and placed him on our organ (we have this old church organ in our house). He looks so fantastic, don't you think? 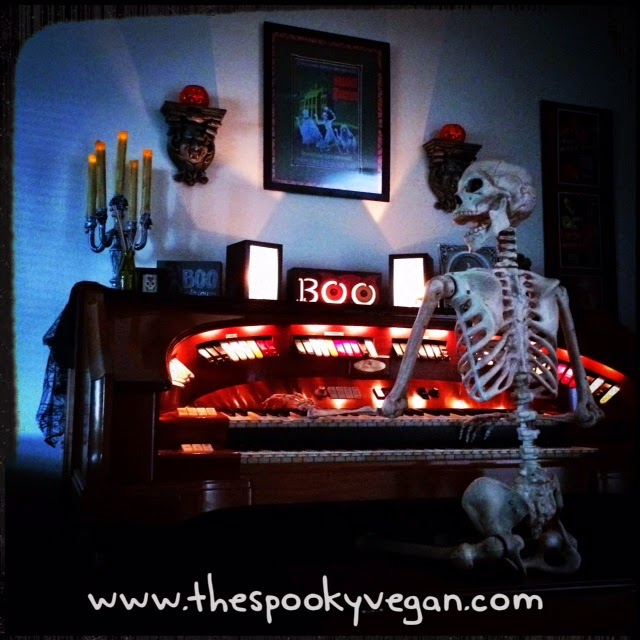 Frankie auditioning for Little Tibia and the Fibias

This Pose-N-Stay Skeleton is only $35 at Costco, which is a drop in their price from last year, which was $40. Other stores sell this item for double the price, so it is well worth it to pick up this bony beauty from Costco!
Posted by Sarah E. Jahier at 9:00 AM