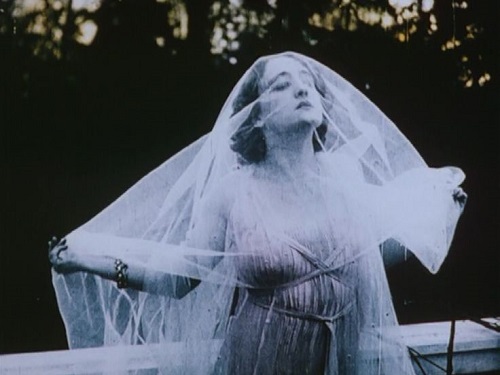 I've already shared this stunning video on my Facebook page and Twitter, but I love it so much that I wanted to share it here as well! A friend (the lovely Mlle. Ghoul of Unquiet Things) acquainted me with the captivating A History of Horror video that highlights one horror movie per year from 1895 - 2016. The 122 horror films were chosen by creator Diego Carrera based on their striking visual aesthetics as well as the impact they had on the horror genre by the video's creator.

Carrera undoubtedly had some tough choices to make, but I think he succeeded wonderfully in his choices! I haven't seen some of the older films, and I'm hopeful I can track some of them down. With the visuals and the effects Carrera added, plus the mesmerizing music used, and I could seriously watch this reel for hours! Check it out below:

Until next time, stay spooky!
Posted by Sarah E. Jahier at 7:30 AM