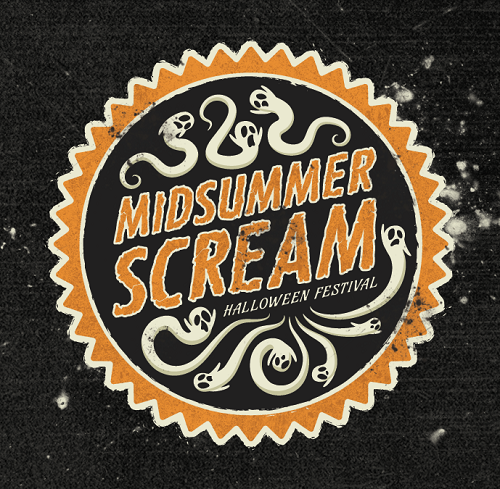 At this July's Midsummer Scream - California's premier Halloween, haunt, and horror festival taking place at the Long Beach Convention Center - visitors will be able to immerse themselves in the Hall of Shadows dark zone, a haunt whose roaming monsters and mini haunted attractions will bring Halloween to life this summer!

I am really excited for these scare zones and mini haunts: they will be like a delicious candy-corn flavored appetizer to the Halloween season, which is right around the corner! And a large portion of Midsummer Scream is devoted to the haunt and mazes - the Hall of Shadows is more than 30,000 square-feet! Along with mini mazes from some rad local home and pro haunts, there is a full-blown scare zone called Toxicity created by Bone Yard Effects (who create the makeup applications and prosthetics for Halloween Horror Nights at Universal Studios every year) and gravity-defying performances from the Decayed Brigade slider team. It'll be terrifying fun all around!

Below you'll find a little more information from the press release on these haunts that are included with admission to Midsummer Scream:


Toxicity - An immersive experience set within the walls of a genetics lab that has suffered a toxic explosion that will leave guests screaming as they are attacked by twisted, mutated scientists from all sides.

From home to pro haunts, visitors will be able to sample the handiwork of nine of Southern California’s spookiest haunted attractions throughout the weekend, including:

Fear Station: Escape the Windigo – The harvest moon has awoken the Windigo from its slumber, and the creature is hungry for blood. No one is safe from the beast as it hunts its prey in the darkness. Will you escape the season of the Windigo? 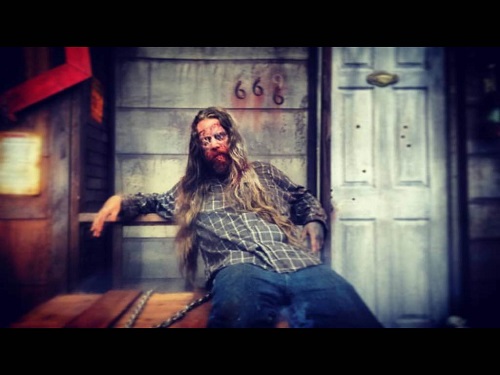 Dead Zone 805 – Fight for survival as you enter the zombie-filled post-apocalyptic world where infection and violent gangs threaten you every step of the way!

Savage House – Every family has a secret… Enter the home of the Wytner clan, a family that has lived in the rural countryside, kidnapping tourists passing by for years. Witness the atrocities as they taunt and torture the unsuspecting victims that have ended up in their home.

Perdition Home – Houston, we have a problem! The notion that in outer space, no one can hear you scream simply isn’t true. Venturing into the depths of an ill-fated spacecraft, everyone will hear you cry for mercy when you face the horrors within.

The Fleshyard – Not every home is safe. Madness lingers beyond the threshold of a decrepit old cabin, concealing evil so vile that those who manage to escape will never be the same. The Fleshyard is a bad place. A very, very bad place… 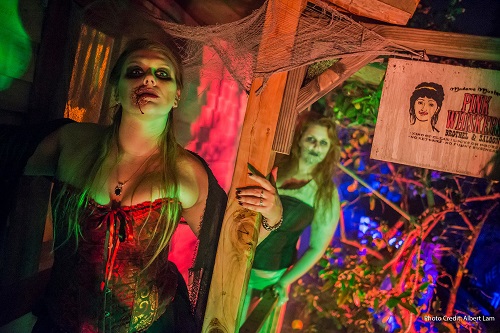 Higgins Manor – You’ve wandered into the most feared place in the Old West: the Higgins & Co. Work Camp. Can you survive the rowdiest, most dangerousest, most horriblest clan of townsfolk this side of Deadwood? Why don’t y’all come take a gander and see fer yerselves?

Scareventures Presents: Sea of Terror – To date, man has explored less than 5% of Earth’s oceans. Perhaps there’s a reason why... Take a terror trip into the depths where undersea creatures lie in wait as you attempt to escape your watery grave. If dead men tell no tales, then where do the stories come from?

Gorlesque: The Haunted Burlesque – Are you “perfect” enough to join the Weltschmerz Society? Come find out and experience a naughty taste of the frights, frills, and frolic that awaits you this Halloween in Los Angeles! 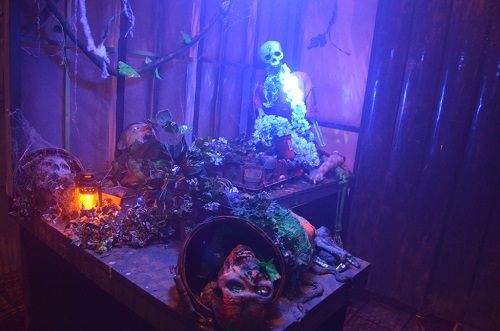 Spooky Hollows – Follow the trail of a madman through the basin swampland, where he attempted and failed to achieve mortality. Through sick and twisted science experiments, he left a trail of wasted souls in his wake before falling victim to his own worst nightmares.

I don't know about you, but reading these descriptions makes me so stoked to check out these haunts at Midsummer Scream! And it makes me even more excited for the quickly-approaching Halloween season. And I'm not the only one who is excited...

"Hall of Shadows is one aspect of Midsummer Scream that I am most excited about," said Rick West, Creative Director of Midsummer Scream. "When I think of Halloween, I instantly think of haunted houses; stand-alone attractions as well as home haunts are the very essence of the season. It’s completely thrilling to bring nine very different haunt previews to our guests in an environment that is totally unique to our show. Midsummer Scream’s Hall of Shadows is the closest anyone is going to get to the spirit of Halloween during the summer, and our haunt partners are ready to bring the terror!"

Tickets are now on sale, with new information regarding Midsummer Scream updated frequently at MidsummerScream.org.

Stay spooky and scare ya there!
Posted by Sarah E. Jahier at 8:30 AM