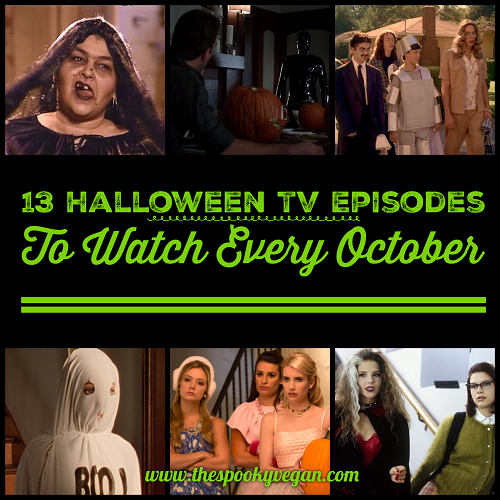 I love revisiting some of my favorite Halloween TV episodes every October! My only problem is narrowing it down every year to a few favorites so I actually have time to watch them, haha! This year, I'm sticking with these 13 favorites, from a variety of TV genres like drama, horror, and (gasp!) comedy! I feel like whether you like the spooky stuff or not, these all offer some Halloween spirit for everyone!

And I realize there are about a bazillion other Halloween episodes I could have chosen, but these are the 13 I'm working through this year. If you have different ones you watch, please let me know in the comments, I want to know your favorites!

Here are 13 of my fave TV Halloween episodes I am re-watching this month in preparation for Halloween:

These are 13 of my favorite Halloween TV episodes to watch every October, what are yours?