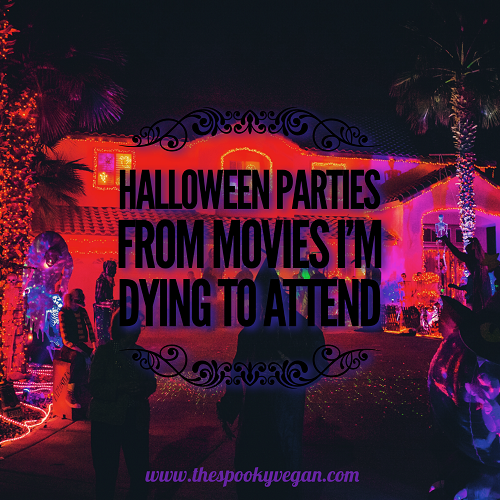 While watching a movie, do you ever stop and think, "I wish I could transport myself into that scene right now?" That's how I feel a lot of the time whenever I'm watching a Halloween-themed movie or a movie with a killer Halloween scene. There are a lot of Halloween movies that feature incredible Halloween party scenes, and those are the kinda places I would love to transport myself to if I had a chance.

I thought it would be fun to feature 13 Halloween parties from movies I'm dying to attend, check them out below: 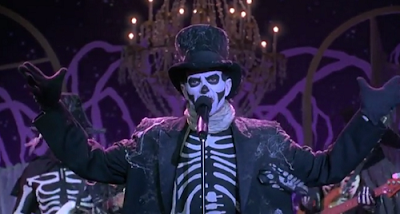 Hocus Pocus - If I had to pick just one Halloween party from a movie that I could attend, Hocus Pocus would be it! I'm not a party person, but the decor, the guests' costumes, and that skeleton band (swoon), all make me want to jump through my TV screen and join in the spooky fun! 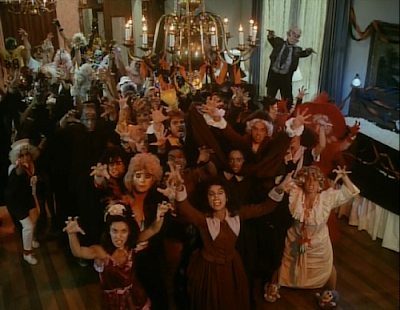 The Midnight Hour - This movie isn't really well-known outside of horror circles, probably because it isn't readily available on DVD or elsewhere, but it is worth seeking out! The majority of the film takes place during a high school Halloween party and has some rad '80s Halloween tunes, costumes, and atmosphere. I would love to groove with the characters at this Halloween party! 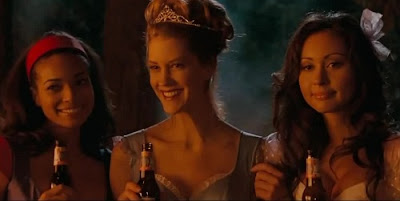 Trick 'r Treat - The party in the streets of this very Halloween town looks like so much fun, but I prefer the more exclusive party in the woods with a pack of women, where men are just the appetizers. 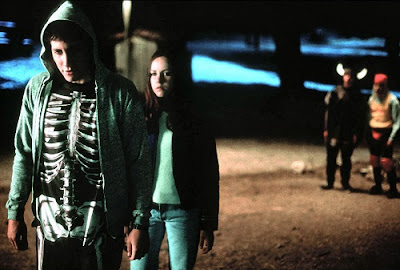 Donnie Darko - This movie feature a brief (but pivotal) scene at a high school Halloween party, and I love the moodiness of the scene and of course the music. The costumes are fun, too, I wish I had gone all out for Halloween when I was a teen. 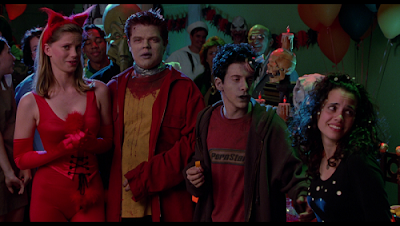 Idle Hands - This comedy from the '90s is a helluva good time, and the best parts take place at a Halloween party. I wish I had gotten invited to these kinds of parties in high school! 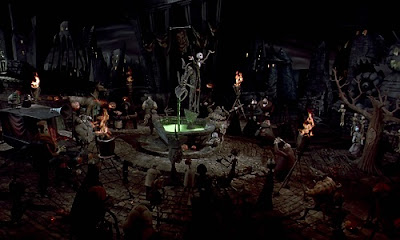 The Nightmare Before Christmas - The opening scene with the town celebration proclaiming "this is Halloween, this is Halloween" is simply iconic and how incredible would it be to be there for that?! 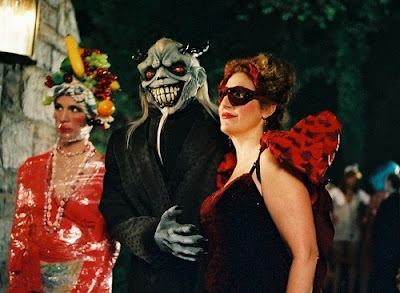 Satan's Little Helper - This cult film is one not very many people have seen, but should! It's a mean-spirited little film with a twisted sense of humor, just the way I like them! There is a scene at a Halloween party at the end, and this is the kind of party I would love to crash and watch the killer's hijinks from afar! 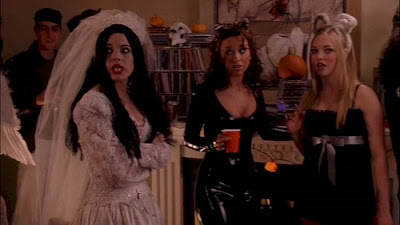 Mean Girls - I love how this scene at a Halloween party addresses the conundrum of why there are hardly any scary women's costumes for Halloween. It's so ridiculous that women are conditioned to dress "sexy" for a holiday that should be scary, it makes me want to show up at that party in the film dressed in a scary costume just like character Cady (played by Lindsay Lohan). 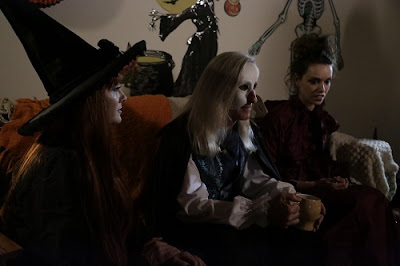 Tales of Halloween "Grim Grinning Ghost" - I love that this short film in the horror anthology opens with a Halloween party where guests are telling spooky ghost stories (and I love how the guests in this scene are actually well-known horror directors, writers, actors, etc.!). The scene is really cozy, and I love the idea of closing out a Halloween party with everyone telling scary ghost stories. I would love to be sitting in such an inviting living room and listening to terrifying tales told by friends. 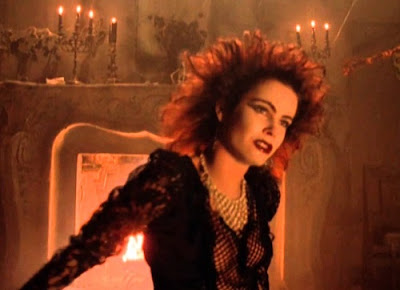 Night of the Demons - The 1988 original features killer music and lots of Halloween decor put out by Angela, the host of a Halloween bash in a mortuary. The scene featuring Angela dancing to Bauhaus' "Stigmata Martyr" is iconic! While I love the '80s original, I also love the amazing decor and music featuring in the remake as well! I'd be down to attend either party, as long as I could make an exit before all the demon possessions start occurring. 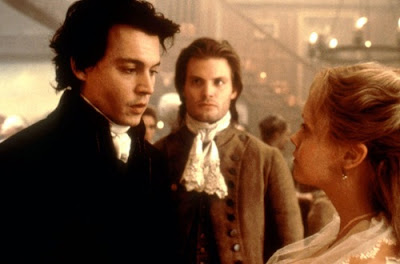 Sleepy Hollow - The harvest party at the beginning of the film where Ichabod is first entranced by Katrina always takes my breath away. I couldn't find any good photos of the decor of the party, but there are glowing jack-o-lanterns, a wonderful harvest spread, a crackling fire, and of course a good game of Pickety Witch afoot. How amazing would it be to throw a party like this that hearkens back to olden times?! 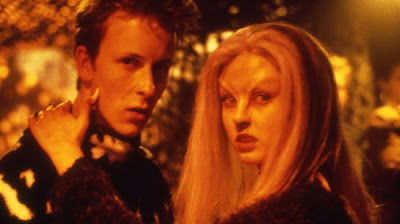 Ginger Snaps - I think I would have a howling good time at the Halloween party near the end of this movie, where Ginger makes a helluva entrance showing up in her half-transformed werewolf state. Of course, everyone there assumes she is just wearing a costume, but she's hungry (like the wolf) for blood and revenge. 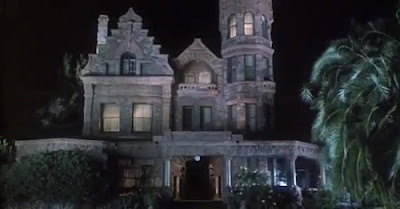 House 2 - This is one wacky film, and it features the zaniest of Halloween parties! The vibe of this one is much more nutty than the first film, and it not only features a Halloween party but also time travel, dinosaurs, resurrected family members, Aztec crystal skulls, and the cutest little caterpillar dog!

What movies feature Halloween parties that YOU are dying to attend?

If you are looking for more movies featuring Halloween, check out my Ultimate List of Halloween-themed Movies!