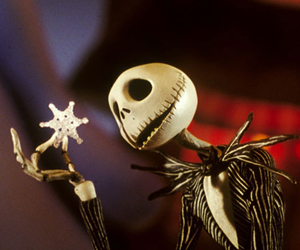 The beautiful animation video with horror legend Christopher Lee reciting Tim Burton's original poem of The Nightmare Before Christmas has been making the rounds lately (even though it was released in 2008), but it definitely deserves to be reposted, especially during Creepmas celebrations!

The Nightmare Before Christmas originally started as a poem written by Burton in 1982 while he was working for Disney. It eventually inspired the feature-length film we all love today. You can check out the original animation and poem as recited by Mr. Lee below!


If this isn't the epitome of Creepmas I don't know what is!
Posted by Sarah E. Jahier at 8:00 AM