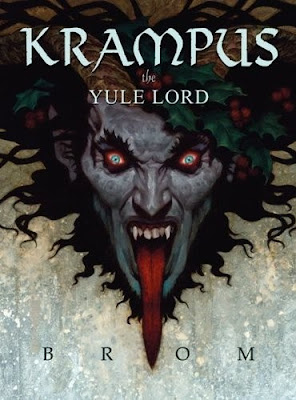 While browsing Amazon for gifts, I came across the amazing-looking book Krampus, The Yule Lord by writer/artist Brom. This illustrated novel contains the story of Krampus, who was imprisoned by Santa Claus half a millennium ago. Krampus' imprisonment is almost up and he plans his retribution on Yuletide. A down-on-his-luck songwriter gets caught in the middle of the ancient feud and learns a few things about the holiday as the lines between good and evil blur.

One Christmas Eve in a small hollow in Boone County, West Virginia, struggling songwriter Jesse Walker witnesses a strange spectacle: seven devilish figures chasing a man in a red suit toward a sleigh and eight reindeer. When the reindeer leap skyward taking the sleigh, devil men, and Santa into the clouds, screams follow. Moments later, a large sack plummets earthward, a magical sack that will thrust the down-on-his luck singer into the clutches of the terrifying Yule Lord, Krampus. But the lines between good and evil become blurred as Jesse’s new master reveals many dark secrets about the cherry-cheeked Santa Claus, and how half a millennium ago, the jolly old saint imprisoned Krampus and usurped his magic.

Now Santa’s time is running short, for the Yule Lord is determined to have his retribution and reclaim Yuletide. If Jesse can survive this ancient feud, he might have the chance to redeem himself to his family, to save his own broken dreams...and help bring the magic of Yule to the impoverished folk of Boone County.

As if the book's synopsis isn't enough to pique your interest, there is also Brom's stunning artwork to enjoy! The writer/artist posted some of the artwork to his site so that we are lucky enough to get a sneak peek. After checking out the artwork below, I am definitely adding this book to my Creepmas wish list! 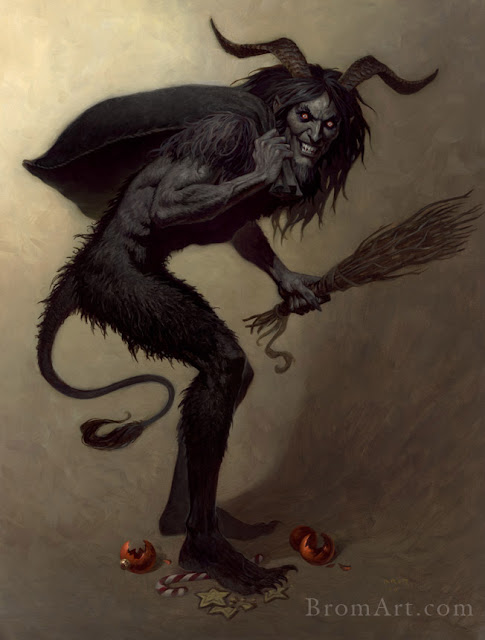 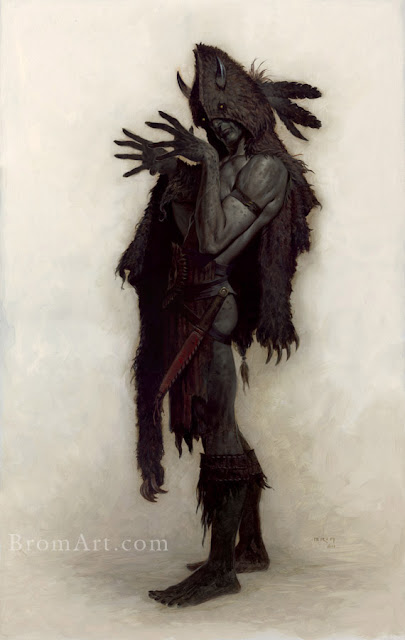 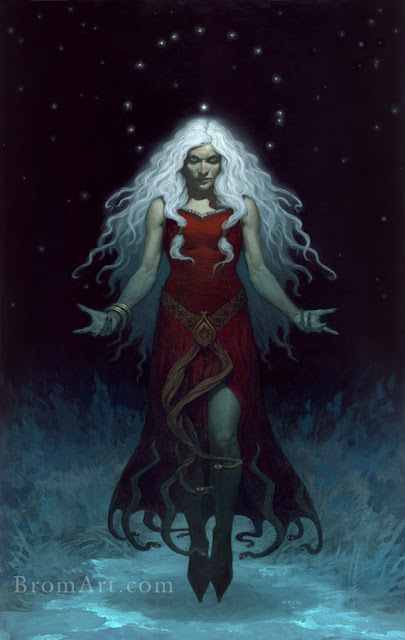 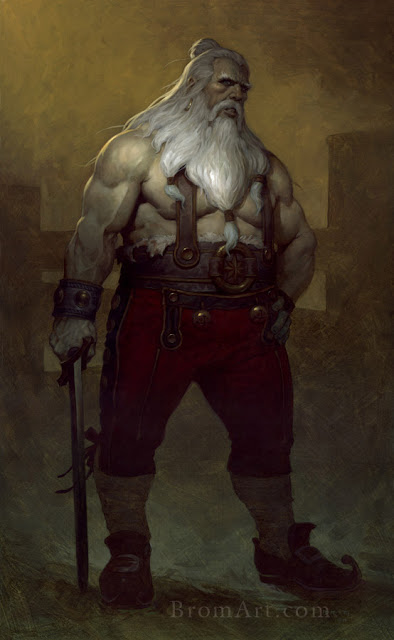 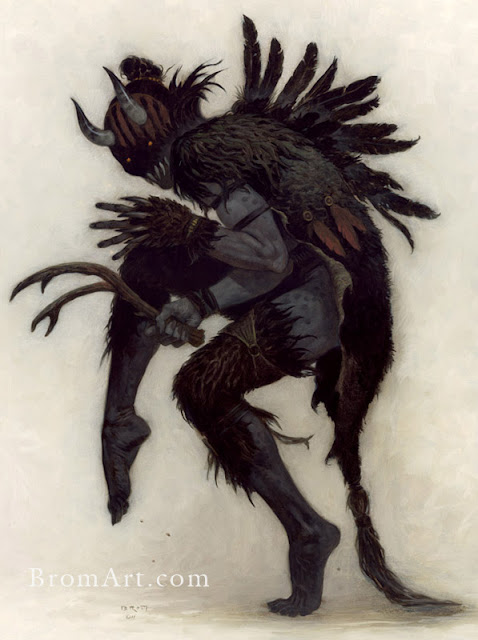 Check out more on Brom's website or just order the book from Amazon!
Posted by Sarah E. Jahier at 10:30 AM