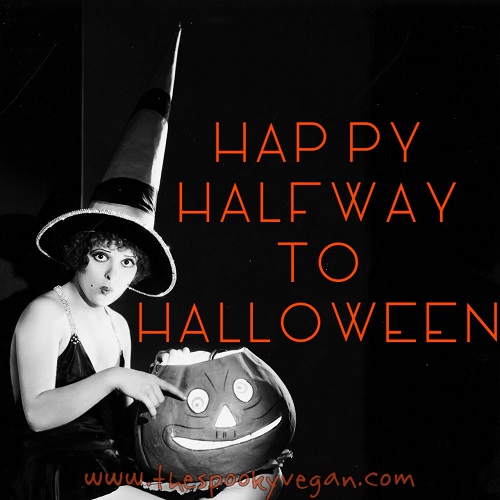 April 30th marks Walpurgisnacht, or Witches' Night, which not only serves to exalt the arrival of springtime (much like May Day or Beltane), but it is also a night where the veil between worlds becomes thinner, and witches are able to take to the skies and travel to their mountaintop sabbats. Plus, it means that it is halfway to Halloween (though since it is a leap year, Walpurgis and halfway to Halloween are a day apart and don't fall on the same day...but that just means we get to celebrate all weekend!). 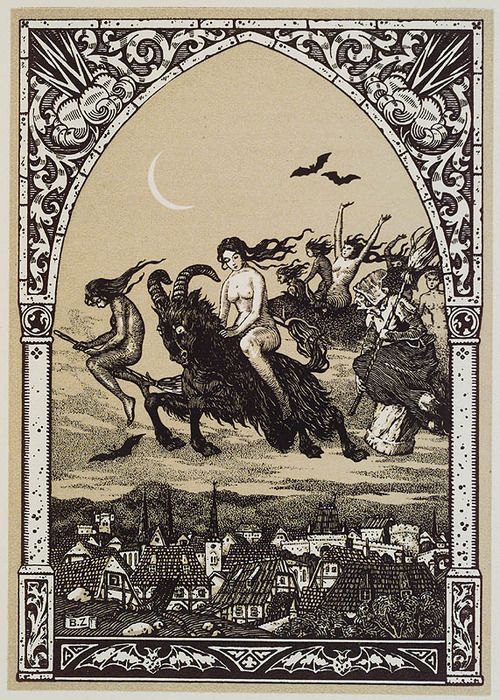 Ancient tales of witches gathering high in the mountains on this night seems to have its roots in Germany. Brocken Peak in Germany's Harz Mountains has two rock formations called Devil's Pulpit (Teufelskanzel) and the Witches' Altar (Hexenaltar), where these legends originate from. Nearby the Brocken Peak is the Hexentanzplatz, which literally means Witches' Dance Floor, where many pre-Christian rituals were performed, including the rites of old Saxon cults honoring the forest and mountain gods and goddesses. 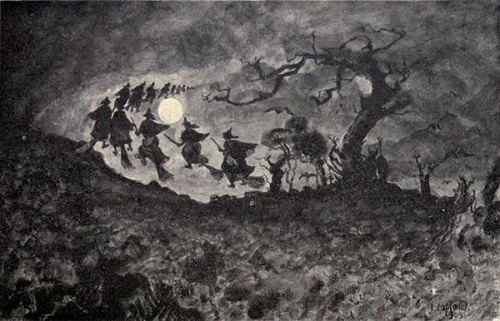 "The Witches’ Ride" by J. Copland

Many of the postcards below (dating from around 1890 to 1930) depict witches on Brocken, with the building in the background signifying a hotel that has perched on the peak since the early 19th century. You can visit the area today, which has capitalized on its occult history with witch sculptures and even Walpurgis events. While Walpurgisnacht is an ancient festival, people still celebrate it today by not only visiting the Brocken, but also lighting bonfires to drive away witches and evil spirits and welcome the arrival of spring with dancing and frolicking. There still exist many variations of the festival throughout Central and Northern Europe and it is usually celebrated the night of April 30th to May 1st. 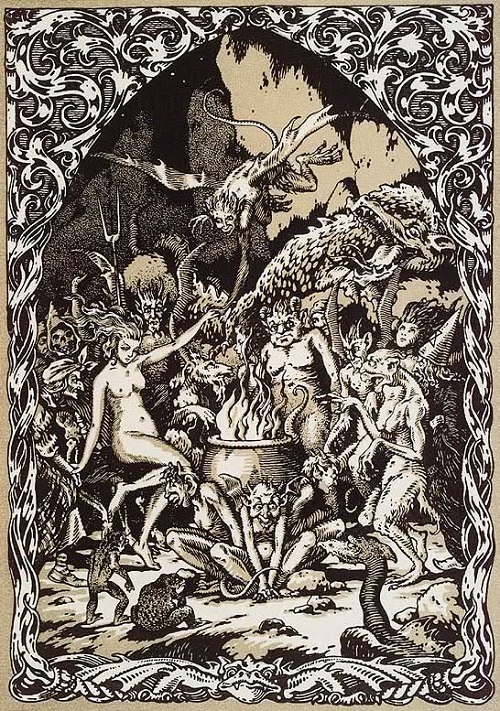 One of my favorite aspects of Walpurgisnacht is that it is a mirror to Halloween, a kind of opposite or foil that celebrates growth and renewal of springtime while Samhain or All Hallow's Eve honors the harvest and death. Furthermore, the two holidays are exactly six months apart (errrr, except during leap years, like 2016), so Walpurgisnacht acts as a handy time point to mark that we are halfway to Halloween! 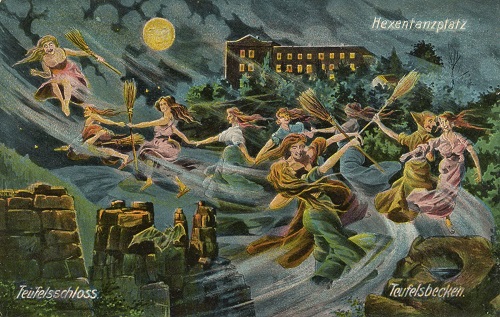 Here is a bit more about Walpurgisnacht from Wikipedia:

"Walpurgis Night is the English translation of Walpurgisnacht [valˈpʊʁɡɪsˌnaχt], one of the Dutch and German names for the night of 30 April, so called because it is the eve of the feast day of Saint Walpurga, an 8th-century abbess in Francia. In Germanic folklore Walpurgisnacht, also called Hexennacht (Dutch: heksennacht; literally "Witches' Night"), is believed to be the night of a witches' meeting on the Brocken, the highest peak in the Harz Mountains, a range of wooded hills in central Germany between the rivers Weser and Elbe. The first known written occurrence of the English translation "Walpurgis Night" is from the 19th century. Local variants of Walpurgis Night are observed across Europe in the Netherlands, Germany, the Czech Republic, Sweden, Lithuania, Latvia, Finland and Estonia." 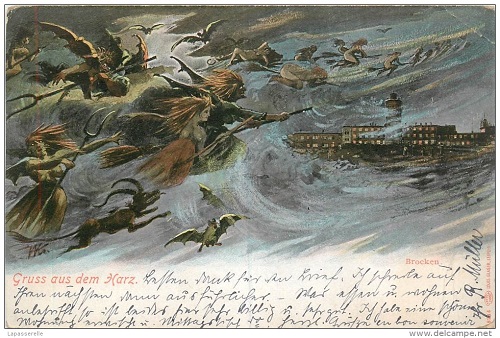 I only became aware of this festival a few years ago, but I am elated that it coincides with the halfway(ish) mark to Halloween - and could it be any more perfect in that Walpurgis is based around witches?! Witches and Halloween are like peanut butter and jelly or orange and black, they just go together! 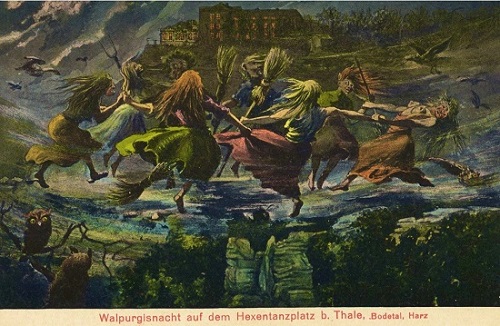 Wishing you a weird Walpurgisnacht! I hope you get to see witches cavorting in the skies and that you start getting excited for Halloween! Below you'll find a list of things I'll be doing this weekend to invoke the Halloween spirit! 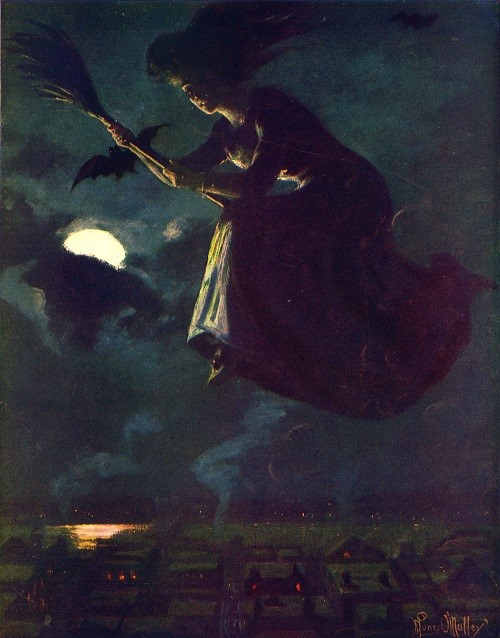 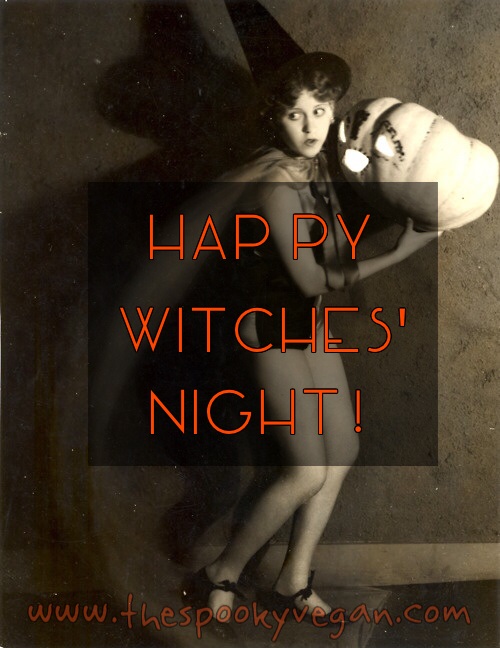 What will you be doing to celebrate Witches' Night and Halfway to Halloween?