13 Vegan Cookbooks for the Strange and Unusual 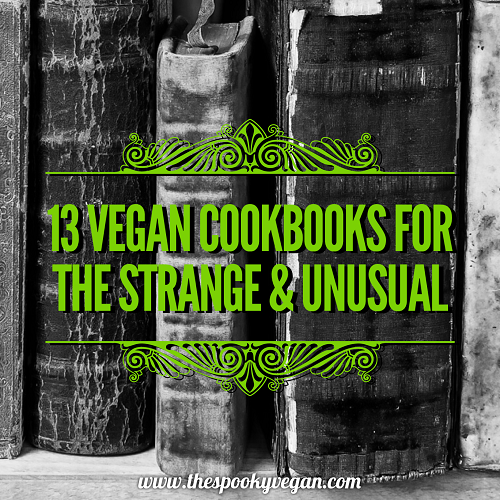 Spooky friends who are interested in vegan food often ask me about my favorite vegan cookbooks. I'm happy to say that there are several vegan cookbooks made for darklings and weirdos! This post is about vegan cookbooks with a darker aesthetic, ones that draw inspiration from rebel culture like punk rock, goth, and metal, along with horror movies and, of course, good food! While some of the selections below might not scream "spooky", I've chosen them based on their aesthetic as well as the background of the authors, several of which grew up in the punk, metal, goth, and/or alternative scenes. Others are novelty books, while still others I just really like and think others will enjoy as well.

Here are my picks for Vegan Cookbooks for the Strange and Unusual: 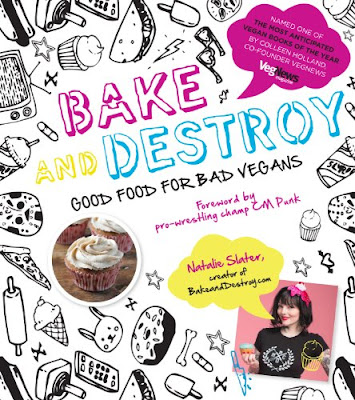 1.) Bake and Destroy: Good Food for Bad Vegans - Author Natalie Slater is the best friend I always wished I had - she's got a no-nonsense, punk-rock attitude and her influences include horror, wrestling, and metal. With recipes like Black Metal Forest Brownies, Cujo Chow, Grilled Mac 'n' Cheez Sandwich, you definitely want this cookbook in your arsenal. 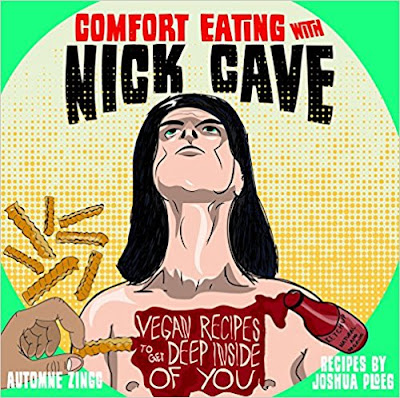 2.) Comfort Eating with Nick Cave: Vegan Recipes to Get Deep Inside of You - This book is more a novelty than a cookbook, filled with basic but clever recipes and artwork referencing rock's "Prince of Darkness." 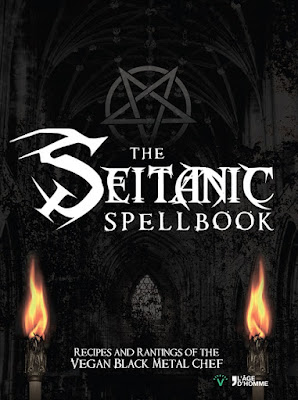 3.) The Seitanic Spellbook - This cookbook is from the immensely popular Vegan Black Metal Chef from YouTube and features many easy-to-make vegan recipes accompanied by some pretty kick-ass metal-inspired kitchen implements. If you love his videos, you'll like this cookbook. 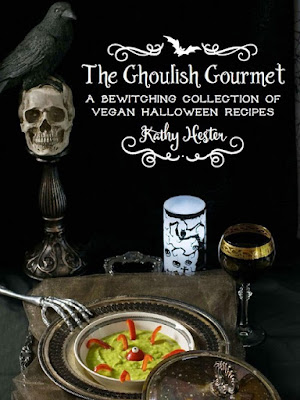 4.) The Ghoulish Gourmet: A Bewitching Collection of Vegan Halloween Recipes - Calling all Halloween lovers! This ebook by Kathy Hester is jam-packed with swoon-worthy recipes and boo-tiful photos of Halloween-inspired treats! You'll definitely want this cookbook to add some eerie elegance to your next Halloween party. 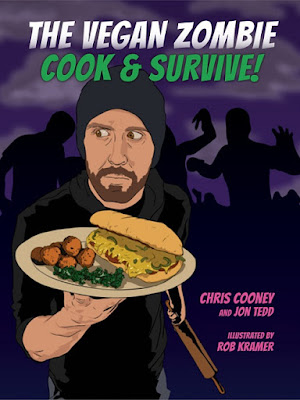 5.) The Vegan Zombie Cook and Survive - The successful duo behind The Vegan Zombie recipe videos on YouTube also have this graphic novel cookbook filled with killer recipes and illustrated adventures of them taking down zombies. The focus is on simple, vegan comfort foods that anyone can make.

6.) Veganomicon - This was one of the first vegan cookbooks I bought after going vegan and it is still one of my go-to's! It's authored by vegan badasses Isa Chandra Moskowitz and Terry Hope Romero, whose website Post-Punk Kitchen (PPK) was my online resource for all things vegan for many years. It's full of helpful hints, kick-ass attitude, and makes veganism accessible to anyone. It's included on this list cuz, duh, the name, as well as being one of the most useful cookbooks I own. 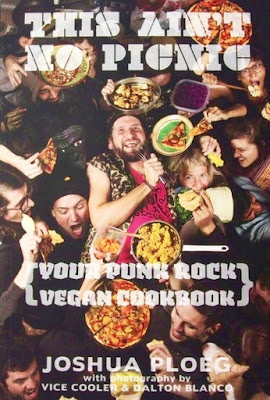 7.) This Ain't No Picnic: Your Punk Rock Vegan Cookbook - Filled with social commentary and improvements on rock star's favorite foods. It features interviews with historic musicians as well as vegan recipes, including how to make s'mores with a zippo, cook without a stove or oven while on tour, and many more. 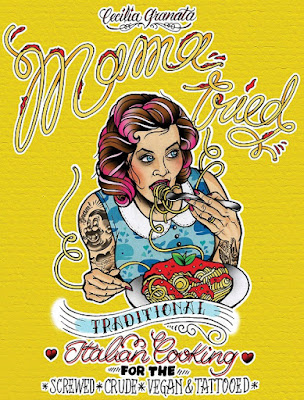 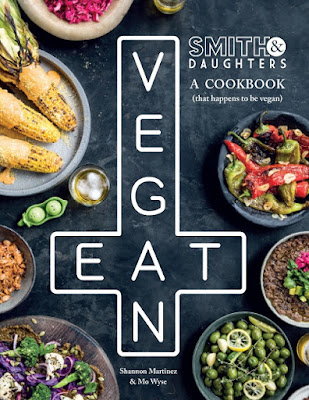 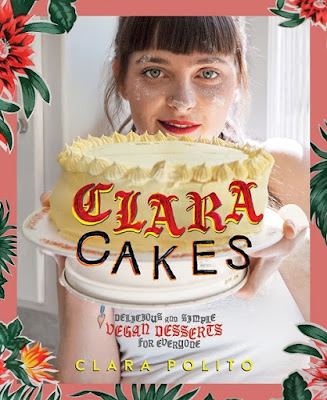 10.) Clara Cakes: Delicious and Simple Vegan Desserts for Everyone! - If you live in LA, you've no doubt tried (or at least heard about) Clara's Cakes. Her desserts are carried at a variety of restaurants and she is a regular vendor at vegan festivals. I love her Inception cookies and cannoli (and everything else she makes is seriously to die for). She has been baking since she was 12 (!) and selling her desserts at various punk shows and events (and still is!). I am so happy she released this amazing cookbook so we can all bake like Clara! 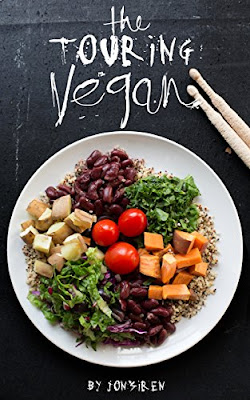 11.) The Touring Vegan - Jon Siren is an drummer and keyboardist who has played in and toured with many industrial acts, including Mankind Is Obsolete (which he co-founded), Psyclon Nine, Dismantled, and System Syn. This isn't strictly a recipe book, but more about his life on the road as a touring musician and tips and tricks for traveling while vegan. 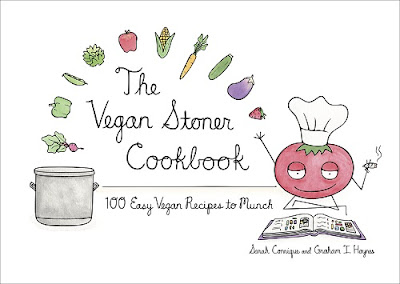 12.) The Vegan Stoner - This book isn't just for stoners, but for anyone who wants recipes that are quick and easy! I love the adorable sketches that accompany each recipe, and the recipes themselves are very simple yet result in supremely tasty creations. 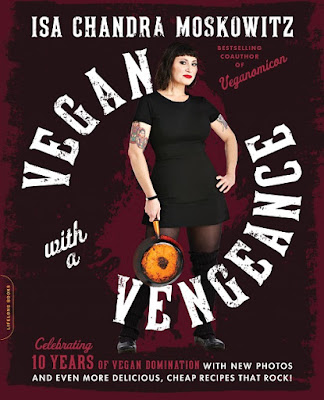 13.) Vegan With a Vengeance - Another book by vegan rock star Isa Chandra Moskowitz that every vegan should own. This is a very accessible book, and like many of Isa's other cookbooks has a punk rock spirit. I have the original edition, but the revamped 10th anniversary edition is also available with new and updated recipes. 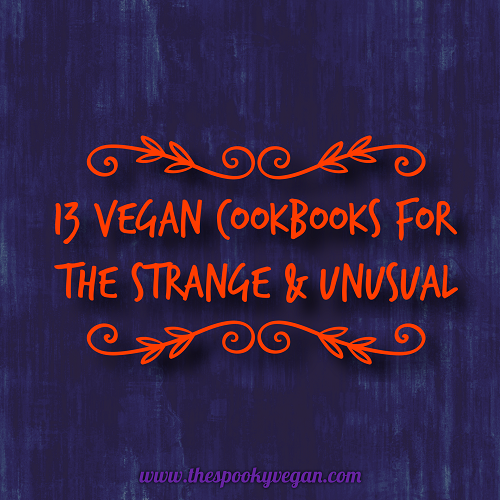 Even if you aren't vegan, these cookbooks will add variety and allow you to try something new and exciting! As always, if you are interested in going vegan or have questions, please don't hesitate to reach out to me! I'm always happy to help with where to get started, recommendations, etc.

If you have any suggestions for other vegan cookbooks for spooky boils and ghouls, let me know in the comments below!