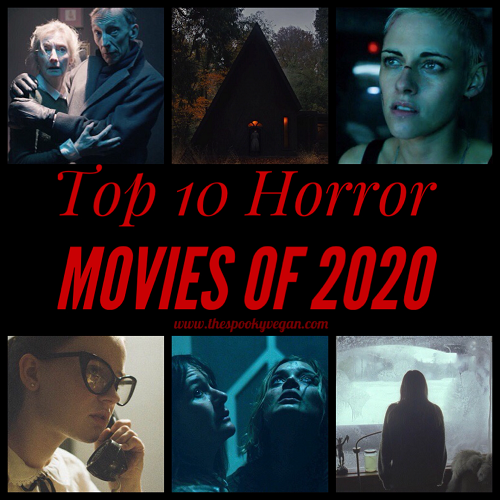 With that housekeeping taken care of, here are my favorite horror films of 2020... 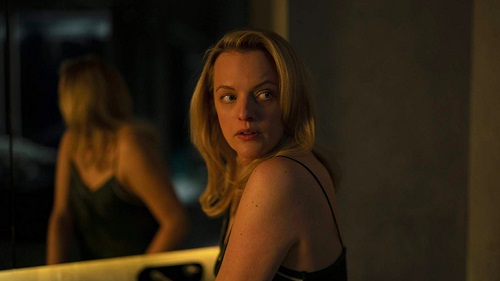 10.) The Invisible Man - When Cecilia’s abusive ex takes his own life and leaves her his fortune, she suspects his death was a hoax. As a series of coincidences turn lethal, Cecilia works to prove that she is being hunted by someone nobody can see. One of the first films I saw in 2020, and one that has stuck with me since then. It's held up after multiple viewings, with its clever updating of its source story, an incredible performance by Elisabeth Moss, truly frightening scenes, and flawless direction by Leigh Whannell. 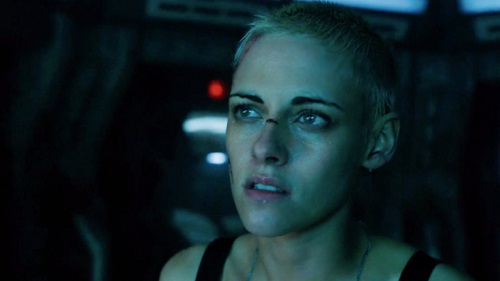 9.) Underwater - After an earthquake destroys their underwater station, six researchers must navigate two miles along the dangerous, unknown depths of the ocean floor to make it to safety in a race against time. Probably the most fun I had watching a film this year! This one starts off with a bang and its tension is unrelenting throughout! I loved the creature designs, the atmosphere, and the nail-biting tension throughout. 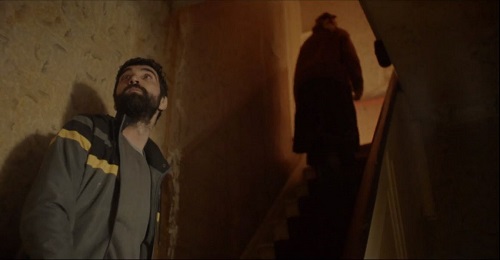 8.) Amulet - Tomaz, an ex-soldier now homeless in London, is offered a place to stay at a decaying house, inhabited by a young woman and her dying mother. As he starts to fall for Magda, Tomaz cannot ignore his suspicion that something insidious might also be living alongside them. An ominous, slow-burn that ended up going to unexpected places. It was beautifully directed by Romola Garai and had its gleeful, WTF moments! 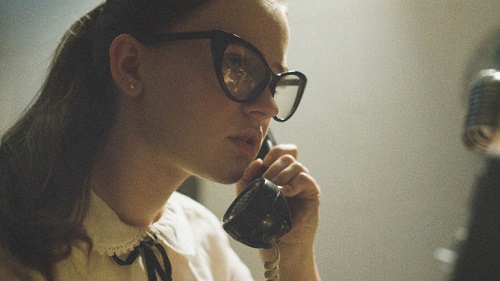 7.) The Vast of Night - At the dawn of the space-race, two radio-obsessed teens discover a strange frequency over the airwaves in what becomes the most important night of their lives and in the history of their small town. This low-key sci-fi film set in the 1950's was absolutely mesmerizing as it slowly unfolds, and I was especially impressed by the gorgeous cinematography and impeccable sound design. I was surprised and delighted at how much I enjoyed this one! 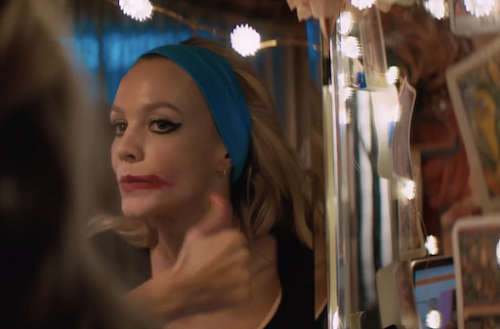 6.) Promising Young Woman - A young woman haunted by a tragedy in her past takes revenge on the predatory men that cross her path. I saw this film right at the end of 2020, and was completely blown-away. Emerald Fennell's film is frustrating, emotional, and a perfect gut-punch of a movie. It holds up a mirror to society, and asks the viewer to see all of the sexism and abuse women are subjected to on a daily basis. It is equal parts enraging and empowering, and so cleverly and colorfully laid out. 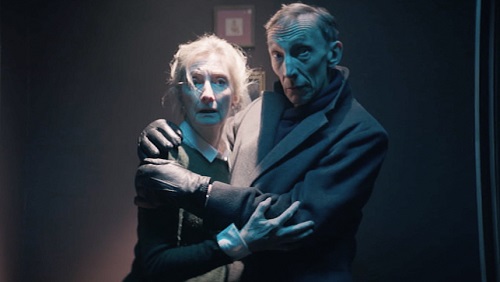 5.) Anything for Jackson - A bereaved Satanist couple attempt a ritual to put their dead grandson’s spirit into an unborn child, but end up summoning more than they bargained for. Another win from Shudder, this gory film kept surprising me all the way through! Along with some stunning special FX and gore, it has its share of comedic moments as well as some surprises that kept me glued to the screen.

4.) Host - Six friends hire a medium to hold a séance via Zoom during lockdown — but they get far more than they bargained for as things quickly go wrong. When an evil spirit starts invading their homes, they begin to realize they might not survive the night. This film was made in quarantine and unfolds all on Zoom - it perfectly captured the novelty of virtual hang-outs and meetings when it premiered on Shudder, as well as how we all soon tired of these online video calls. Besides that, it was clever and showed how despite being quarantined at home, we may not be safe from otherworldly spirits. 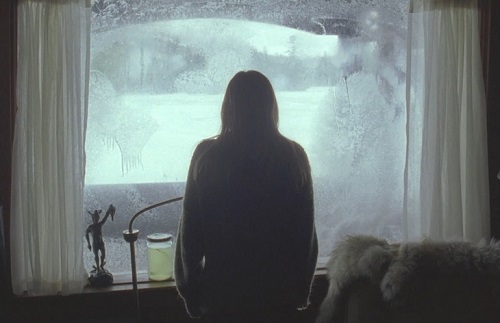 3.) The Lodge - A soon-to-be stepmom is snowed in with her fiancé’s two children at a remote holiday village. Just as relations begin to thaw between the trio, some strange and frightening events take place. A dizzyingly descent into a maddening mystery, this film directed by Veronika Franz and Severin Fiala, kept me guessing and unfolded in such a creepy, atmospheric way that kept me on the edge of my seat. 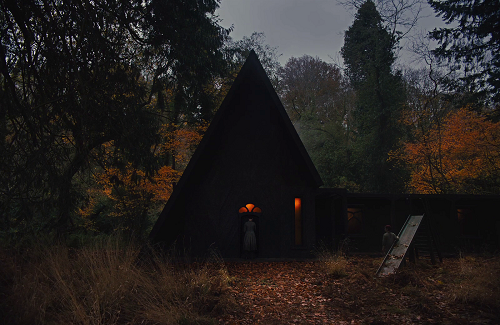 2.) Gretel and Hansel - A long time ago in a distant fairy tale countryside, a young girl leads her little brother into a dark wood in desperate search of food and work, only to stumble upon a nexus of terrifying evil. The most gorgeous horror film of the year, with such stunningly grotesque tableaus, this is the film I'd most love to live in. 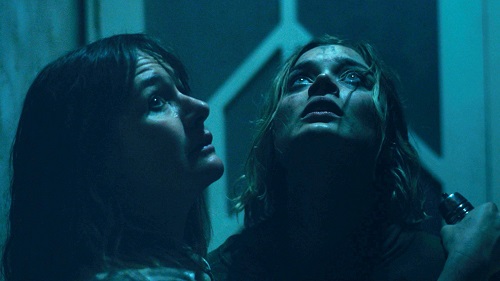 1.) Relic - When Edna—the elderly and widowed matriarch of the family—goes missing, her daughter and granddaughter travel to their remote family home to find her. Soon after her return, they start to discover a sinister presence haunting the house and taking control of Edna. Perhaps this movie scared me so much since it hit so close to home as the grandmother in the film suffers from dementia (my own grandmother had dementia), but I also think it is the eerie atmosphere and its perfect portrayal of feeling lost within your own home that got me. This movie, directed by Natalie Erika James, scared me more than any other this year, and gave me that insidious, creeped-out feeling that I chase after in horror films.

I will say that while I am confident in my top three picks, the rest I've struggled to rank and could easily change tomorrow. I also have an additional 15 or so films that could have easily made it to the top 10. I feel these are more than just honorable mentions, so I'll list these additional favorites below, in no particular order:

The Mortuary Collection - In the phantasmagorical town of Raven’s End, a misguided young girl takes refuge in a decrepit old mortuary. The eccentric undertaker chronicles the strange history of the town through a series of twisted tales, each more terrifying than the last, but the young girl’s world is unhinged when she discovers that the final story…is her own.

Possessor - Tasya Vos, an elite corporate assassin, uses brain-implant technology to take control of other people’s bodies to terminate high profile targets. As she sinks deeper into her latest assignment, Vos becomes trapped inside a mind that threatens to obliterate her.

His House - After making a harrowing escape from war-torn South Sudan, a young refugee couple struggle to adjust to their new life in a small English town that has an unspeakable evil lurking beneath the surface.

Spree - Kurt Kunkle, a rideshare driver thirsty for followers, has figured out a deadly plan to go viral. As his disturbing livestream is absurdly embraced by the social media hellscape, a comedienne emerges as the only hope to stop this rampage.

Bad Hair - In 1989, an ambitious young woman gets a weave in order to succeed in the image-obsessed world of music television. However, her flourishing career may come at a great cost when she realizes that her new hair may have a mind of its own.

La Llorona - A tale of horror and fantasy, ripe with suspense, and an urgent metaphor of Guatemalan recent history and its unhealed political wounds.

Color Out of Space - The Gardner family moves to a remote farmstead in rural New England to escape the hustle of the 21st century. They are busy adapting to their new life when a meteorite crashes into their front yard, melts into the earth, and infects both the land and the properties of space-time with a strange, otherworldly colour. To their horror, the family discovers this alien force is gradually mutating every life form that it touches—including them.

I See You - When a 12-year-old boy goes missing, lead investigator Greg Harper struggles to balance the pressure of the investigation and troubles with his wife, Jackie. Facing a recent affair, great strain is put on the family that slowly gnaws away at Jackie’s grip on reality. But after a malicious presence manifests itself in their home and puts their son, Connor, in mortal danger, the cold, hard truth about evil in the Harper household is finally uncovered.

Scare Me - During a power outage, two strangers tell scary stories. The more Fred and Fanny commit to their tales, the more the stories come to life in the dark of a Catskills cabin. The horrors of reality manifest when Fred confronts his ultimate fear: Fanny is the better storyteller.

Sputnik - At the height of the Cold War, a Soviet spacecraft crash lands after a mission gone awry, leaving the commander as its only survivor. After a renowned Russian psychologist is brought in to evaluate the commander’s mental state, it becomes clear that something dangerous may have come back to Earth with him…

Hunter Hunter - Joseph and his family live in the remote wilderness as fur trappers but their tranquility starts to be threatened when they think are being hunted by the return of a rogue wolf and Joseph leaves them behind to track it.

Come to Daddy - After receiving a cryptic letter from his estranged father, Norval travels to his dad’s oceanfront home for what he hopes will be a positive experience. If only he’d known the dark truth about his old man beforehand.

The Cleansing Hour - Two millennial entrepreneurs stage elaborate fake exorcisms on social media until one of their girlfriends becomes possessed by a demon.

Black Box - After losing his wife and his memory in a car accident, a single father undergoes an experimental treatment that causes him to question who he really is.

We Summon the Darkness - Three best friends attending a heavy-metal show cross paths with sadistic killers after they travel to a secluded country home for an after party.

Uncle Peckerhead - When a punk band scores their first tour, life on the road proves tough when they are joined by a man-eating demon as a roadie.

The Beach House - A romantic getaway for two troubled college sweethearts turns into a struggle for survival when unexpected guests – and the surrounding environment – exhibit signs of a mysterious infection.

There were also some fantastic horror TV shows in 2020, and some of my favorites included Ju-On: Origins, The Haunting of Bly Manor, Lovecraft Country, The Outsider, Paranormal, Monsterland, and so many more.

As you can see, it was a stellar year for horror, so at least 2020 had that going for it. Let me know what your favorites of 2020 were, both films and television.

Check out my favorite horror films from past years:

Note: Some items in this post may contain affiliate links. By using these affiliate links, you are supporting The Spooky Vegan and keeping this website running, so many spooky thanks to you!