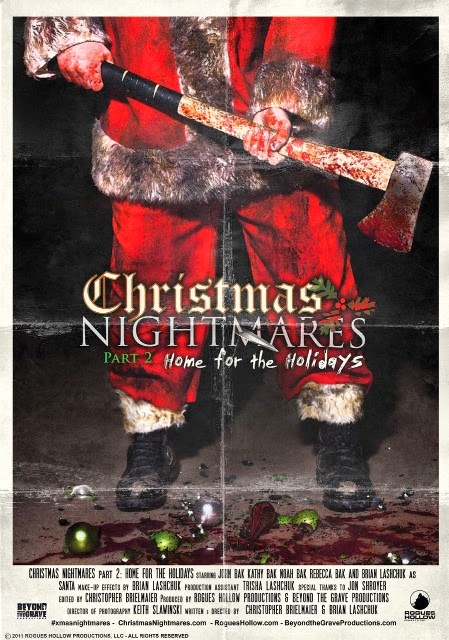 If you're like me, you've probably already seen all the Christmas horror films out there multiple times. Also, you are probably busy this time of year and may not have time to watch feature-length movies. Well, I have a solution to both of these quandaries - watch some Christmas-themed short horror films! There are lots of them out there that you probably haven't seen before, and they are bite-sized and perfect for a 10-minute break!

I've gone ahead and selected seven scary short horror films I think you'll enjoy this horror-day season, check them out below:

Here is another short film that likes to imagine a Christmas tradition from a different perspective:

Drew Daywalt makes some excellent short films, including "My Name is Kris Kringle":


Tim Sullivan (2001 Maniacs, Chillerama, etc.) made "A Christmas Treat" way back in 1985 - and actually won a Fangoria short film award for it!

And here is a helpful instructional video on how to deal with zombies during the holidays:

And the sequel, "Christmas Nightmares Part 2: Home for the Holidays":