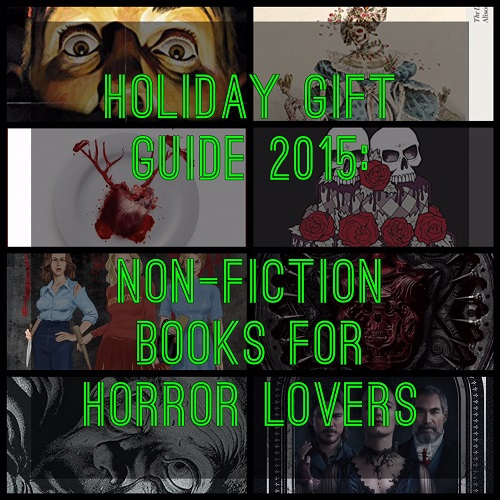 Stumped for a gift for your favorite dark heart? One of my favorite gifts to give and to receive is a book! And luckily there have been many neat non-fiction books released recently that would make perfect gifts for horror lovers or those that appreciate darker, more morbid tomes.

Below you'll find my suggestions for eight non-fiction books I think would make fantastic gifts, ranging from Halloween adult coloring books to picture books on gothic television shows and movies to horror artwork to dangerous fashion to horror memoirs and more! 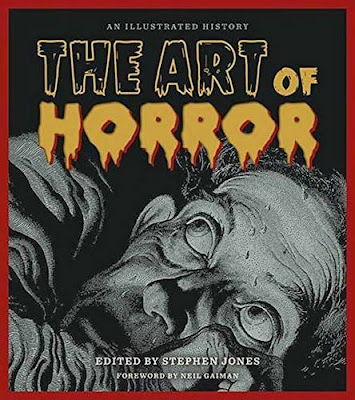 The Art of Horror: An Illustrated History

Amazingly, there has never been a book quite like The Art of Horror a celebration of frightful images, compiled and presented by some of the genre's most respected names. While acknowledging the beginnings of horror-related art in legends and folk tales, the focus of the book is on how the genre has presented itself to the world since the creations of Bram Stoker and Mary Shelley first became part of the public consciousness in the 19th century. It's all here: from early engravings via dust jackets, book illustrations, pulp magazines, movie posters, comic books, and paintings to today's artists working entirely in the digital realm. Editor Stephen Jones and his stellar team of contributors have sourced visuals from archives and private collections (including their own) worldwide, ensuring an unprecedented selection that is accessible to those discovering the genre, while also including many images that will be rare and unfamiliar to even the most committed fan. From the shockingly lurid to the hauntingly beautiful including images of vampires, werewolves, zombies, ghosts, demons, serial killers, alien invaders, and more every aspect of the genre is represented in ten themed chapters. Quotes from artists/illustrators, and a selection from writers and filmmakers, are featured throughout. 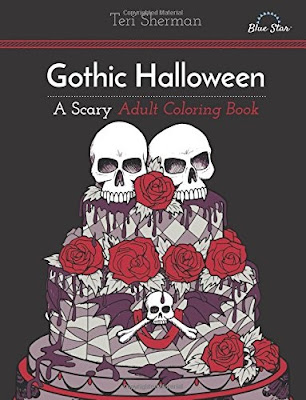 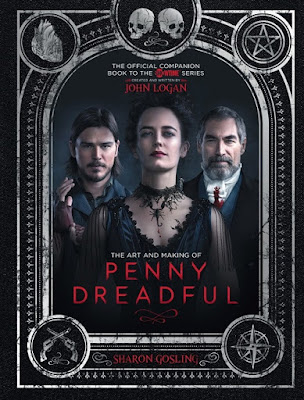 The Art and Making of Penny Dreadful

This lavishly illustrated companion goes behind the scenes to unearth the show's secrets and dissect every aspect of the production. Exclusive interview material with the show's creator, executive producer Sam Mendes and supervising producer Chris King, as well as key crew and main cast, accompany previously unseen images, from storyboards to stills and blueprints to sets, in this in-depth look at the making of the series. 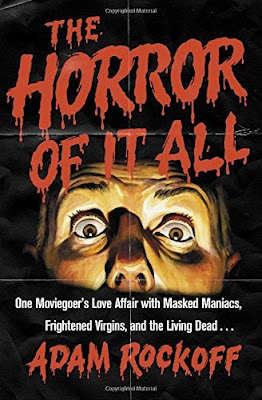 The Horror of It All: One Moviegoer's Love Affair with Masked Maniacs, Frightened Virgins, and the Living Dead...


Author Adam Rockoff (Going to Pieces: The Rise and Fall of the Slasher Film, 1978-1986) traces the highs and lows of the horror genre through the lens of his own obsessive fandom, born in the aisles of his local video store and nurtured with a steady diet of cable trash. From Siskel and Ebert’s crusade against slasher films to horror’s Renaissance in the wake of Scream, Rockoff mines the rich history of the genre, braiding critical analysis with his own firsthand experiences. Be afraid. Be very afraid. 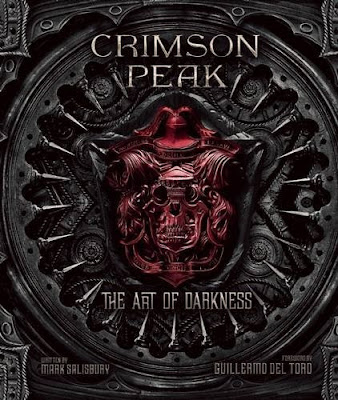 Crimson Peak: The Art of Darkness

Crimson Peak: The Art of Darkness chronicles the creative journey behind the film. Featuring interviews with the director and key crew members, the book examines the themes at the heart of Crimson Peak and shows how these motifs are woven into every frame. Bringing del Toro’s imagination to life, the book also features a number of special removable items, including authentic period letters from key characters, daguerreotype photographs, newspaper clippings, journal pages, and more. In keeping with the mysterious and thrilling nature of the film, Crimson Peak: The Art of Darkness houses many secrets, all waiting to be discovered. Featuring a broad range of spectacular concept art, storyboards, unit photography, and other visuals, this book is an unforgettable exploration of one of 2015’s most eagerly anticipated movies. 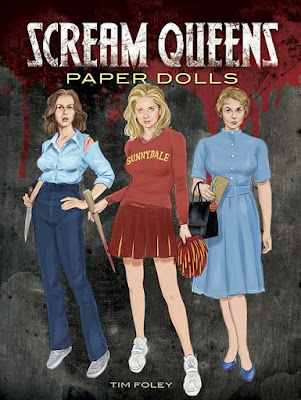 A gallery of horror movie heroines, screaming for your attention! Fascinating but disturbing, scary movies prove amazingly popular, year after year. This book features dolls of 16 actresses, each with one movie outfit, who have appeared in some of the most frightening but fun flicks: Elsa Lanchester in Bride of Frankenstein, Janet Leigh in Psycho, Jamie Lee Curtis in Halloween, and many others. 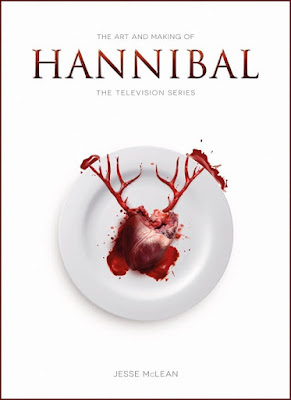 The Art and Making of Hannibal: The Television Series

The Art and Making of Hannibal: The Television Series is a detailed look at the making of this highly original, critically lauded, and visually stunning series. Released ahead of the start of the 3rd season, this book will bring Fannibals into the world of secrets, lies, and intrigue of their beloved show. With stars including Mads Mikkelsen, Hugh Dancy, Laurence Fishburne, Caroline Dhavernas and guest spots by Gillian Anderson, Eddie Izzard and Michael Pitt, Hannibal is one of the most elegant, engrossing and deliciously haunting shows on television today. The Art and Making of Hannibal: The Television Series celebrates all aspects of this unique show. A highly stylized illustrated book featuring extracts of the shooting scripts of the first and second seasons, exclusive cast and crew interviews, behind-the-scenes photography, production notes, storyboards, alongside Hannibal's sketches and music notations. 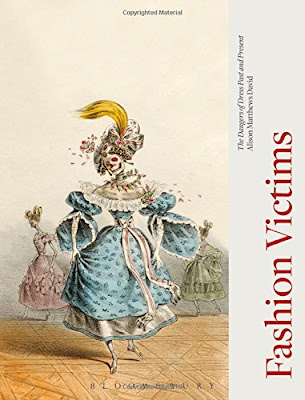 Fashion Victims: The Dangers of Dress Past and Present

From insidious murder weapons to blaze-igniting crinolines, clothing has been the cause of death, disease and madness throughout history, by accident and design. Clothing is designed to protect, shield and comfort us, yet lurking amongst seemingly innocuous garments we find hats laced with mercury, frocks laden with arsenic and literally 'drop-dead gorgeous' gowns. Fabulously gory and gruesome, Fashion Victims takes the reader on a fascinating journey through the lethal history of women's, men's and children's dress, in myth and reality. Drawing upon surviving fashion objects and numerous visual and textual sources, encompassing louse-ridden military uniforms, accounts of the fiery deaths of Oscar Wilde's half-sisters and dancer Isadora Duncan's accidental strangulation by entangled scarf; the book explores how garments have tormented those who made and wore them, and harmed animals and the environment in the process. Vividly chronicling evidence from Greek mythology to the present day, Matthews David puts everyday apparel under the microscope and unpicks the dark side of fashion. Fashion Victims is lavishly illustrated with over 125 images and is a remarkable resource for everyone from scholars and students to fashion enthusiasts.

What books are you wishing for?
Posted by Sarah E. Jahier at 8:30 AM