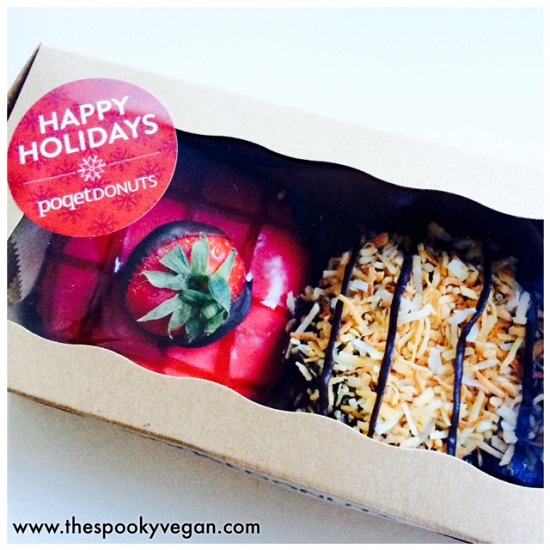 Poqet Donuts (Poqet is pronounced "pocket") recently opened up in Irvine, California, and to my delight I learned they had several vegan donut options available! Poqet Donuts is kind of a "build your own" donut place, like Donut Friend in Los Angeles. Like Donut Friend, they also have many donuts already prepared. Unlike Donut Friend, the majority of their donuts are not vegan (boo), however they do offer two vegan donuts at this time - a Samoa flavor and a Strawberry flavor (woo hoo!). 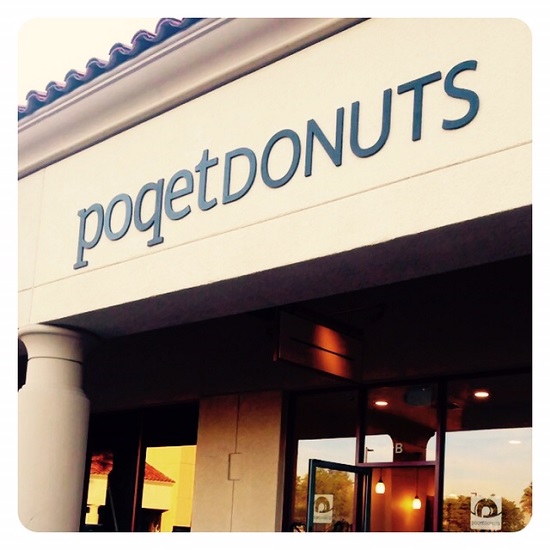 Since Donut Friend is so far from me and Poqet is so close to home, I finally stopped by to check them out and try their vegan options. They are located in a shopping center that includes a Ralph's grocery store, Jamba Juice, and zPizza (so you can get a vegan smoothie and vegan pizza while you are there, too!), among other stores. Parking is plentiful and the decor inside Poqet is warm and inviting, plus their staff is friendly. They have a case full of prepared donuts, as you can see below, and they also offer taste tests of their donuts before purchase (you can see the samples on the counter below). 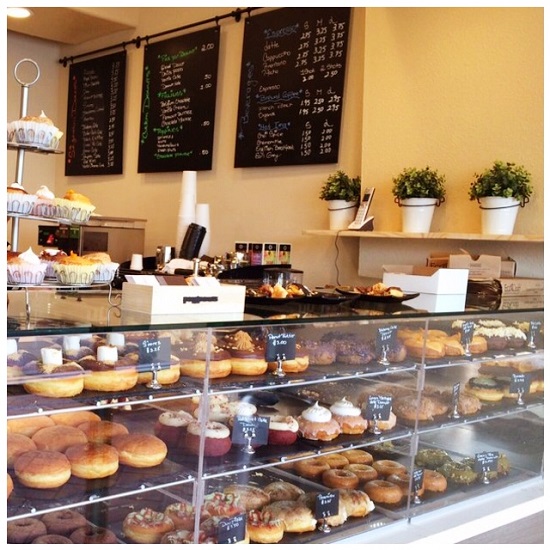 The donut case at Poqet Donuts

The two vegan options were clearly marked in the case - they had Vegan Strawberry and Vegan Samoa. These are the only two vegan options they offer at the moment, but I really hope they will start to offer more vegan donuts! You can also build your own donut, with the vegan option starting at $2.50 (please ask what their vegan toppings are, though, as I have not tried this option). 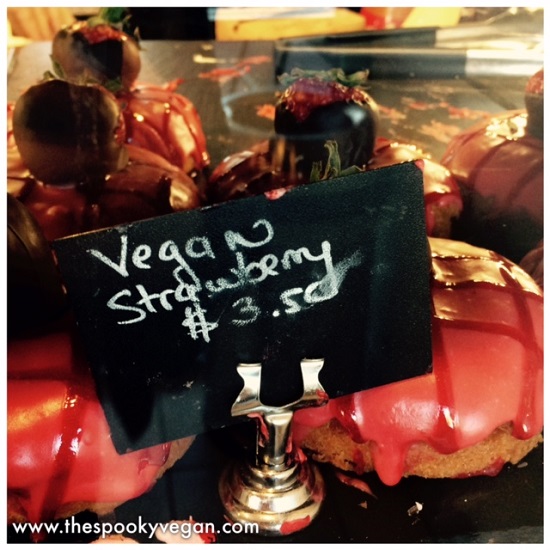 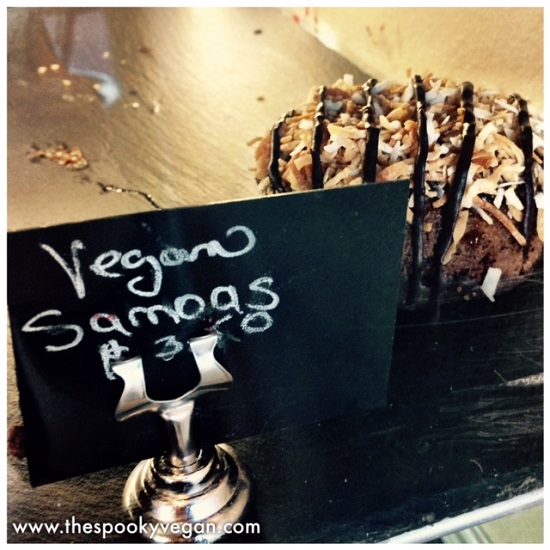 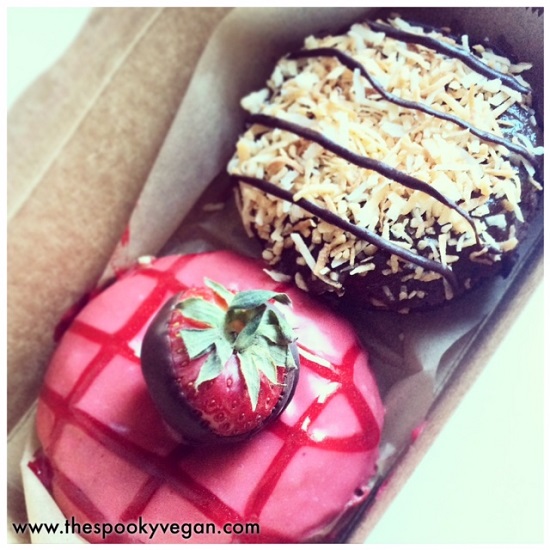 The donuts themselves were pretty large in size. I tried the strawberry donut first, and while it was good I wished it had a bit more flavor. It was a plain donut under a coating of strawberry glaze and topped off with a chocolate-covered strawberry. It was very pretty to look at and the donut was moist with had great texture, but the cake donut itself was a bit flavorless. I wish it had been a bit richer, perhaps with a more noticeable vanilla taste. I did think that the chocolate-coated strawberry on top was a nice tough, though, and the glaze was delicious! Overall, it was good, but I think the cake donut itself could have used a bit more oomph!

Where the flavor wasn't quite right on the strawberry donut, the Samoa donut was packed with rich, chocolaty taste! It was a bit more dense than the strawberry donut, and its chocolate donut base was topped with chocolate glaze and toasted coconut. Maybe I just prefer chocolate over strawberry, but I LOVED this donut! The chocolate flavor was rich enough without being overpowering, the donut was the perfect cake consistency, and the glaze/toasted coconut gave it a fabulous crunch! This was the clear winner for me out of the two, though I would order both again. 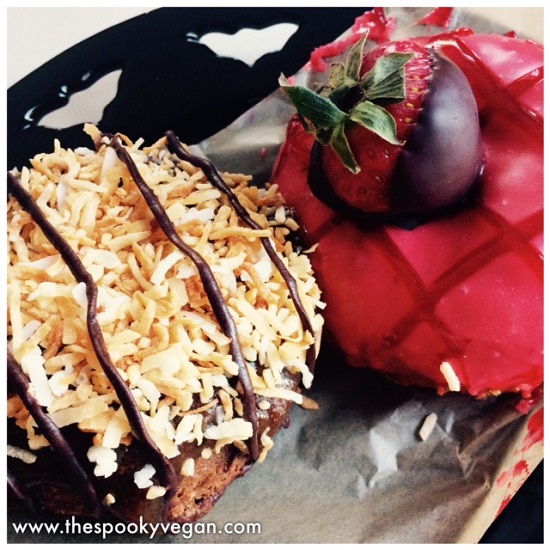 It is nice having a donut shop so close to home that offers vegan options, and I hope that Poqet expands their vegan options so I have even more reasons to go back when I am craving donuts but don't want to make the trek to Donut Friend.

Poquet Donuts is located at Main and Harvard in Irvine, California, just off the 405 freeway. Their hours are 6AM to 4PM Monday - Thursday, 6AM to 7PM Friday and Saturday, and 6am - 5pm on Sunday.

For more info, you can visit their Facebook page.
Posted by Sarah E. Jahier at 8:30 AM