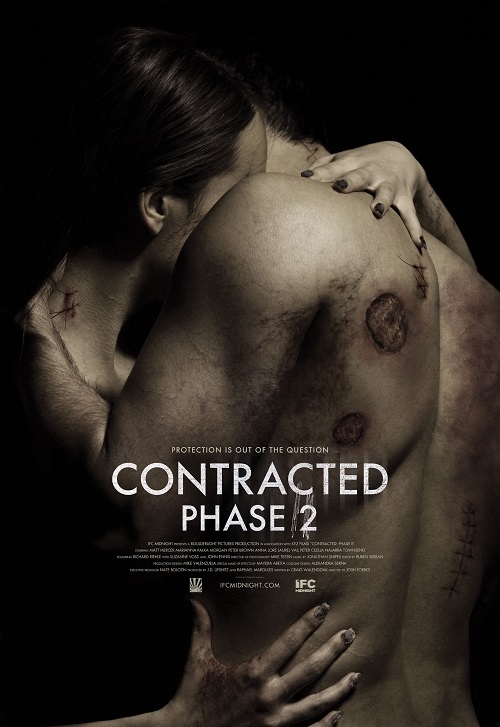 If you haven't seen the gross-out first installment, Contracted, do it now (it's on Netflix, too!)! It is a great indie film about a sexually transmitted disease a woman picks up that...changes her. I really enjoyed the first film in all its groddy body horror glory, and was excited to see Contracted Phase 2 hit Netflix.

Picking up immediately after the events of the first film, this riveting sequel follows Riley (Matt Mercer, Contracted), now infected and running out of time, as he attempts to find out more about the virus and its mysterious host. As he digs deeper into its origins, Riley attracts the attention of a detective (Marianna Palka, Good Dick) who doubts his innocence, and BJ (Morgan Peter Brown, Absentia), who holds the key to the virus (and perhaps the destruction of mankind as we know it) leading to a blood-soaked finale you have to see to believe. Hang on to your barf bags, buckle up, and get ready for the genre ride of the year!

If you can't handle really icky things happening to people's bodies, the Contracted films aren't for you. However, if you do like gore, give them a go! Besides all manner of bodily fluids and well-done gore effects, I quite enjoyed the story as well.

Watch Contracted Phase 2 streaming now on Netflix, or rent/buy it on Amazon!
Posted by Sarah E. Jahier at 10:30 AM