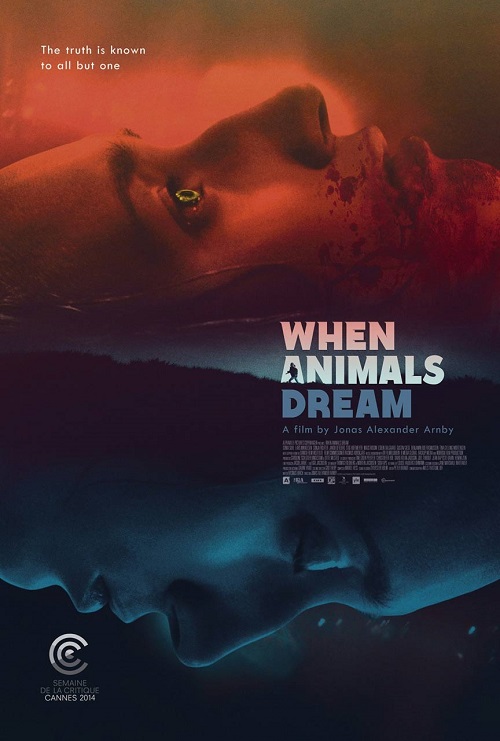 I had heard many things about the foreign horror/drama film from Denmark called When Animals Dream - some were good, some not so good. It was intrigued by it because it focused on female werewolf transformation, like Ginger Snaps (which I LOVE), so I knew I had to give it a go myself.

When 16-year-old Marie breaks out in strange rashes, her small-town neighbors panic and her family's terrifying secret can no longer be contained.
This Danish film isn't your regular hack and slash werewolf movie, and besides the obvious similarities between a young woman going through a transformation, it doesn't have much in common with Ginger Snaps in tone or mood. When Animals Dream moves along at an unhurried pace as we get to know the melancholic lead seemingly trapped in a small fishing village, her sick mother and guarded father, and the mostly small-minded townspeople. The austere beauty of the town with its cloudy skies and rough seas reflects the loneliness, sadness, and rage of the lead, Marie. I was so drawn to her and rooted for her the whole film...she goes through so much, before and after her transformation, that you just feel for her the whole time.

You can watch it now streaming on Netflix or purchase it on Amazon!
Posted by Sarah E. Jahier at 10:30 AM