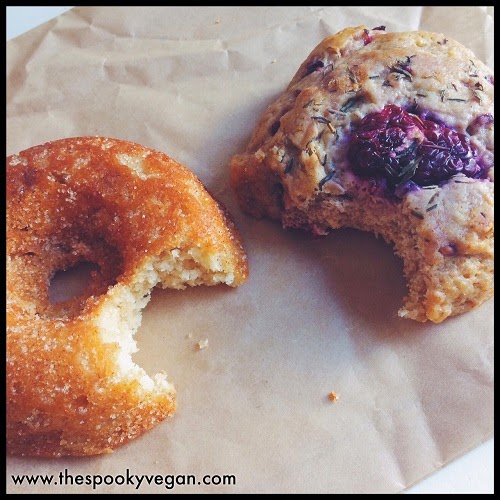 It seems like vegan options are popping up everywhere these days (much to my delight!), so when a little birdie told me that the Cafecito Organico coffee shop at The Lab in Costa Mesa had vegan baked goods - including scones, donuts, and cookies - I checked it out as soon as possible! The baked goods are from a Long Beach bakery called Caffeinated Kitchen, and I am so happy that there is yet another awesome vegan bakery in SoCal! 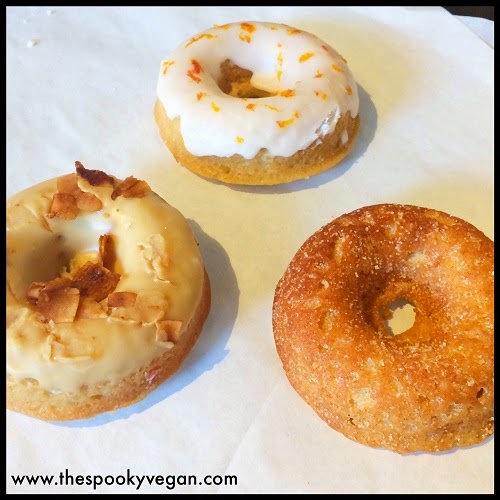 It was my first time visiting Cafecito Organico, and it's a shame I waited so long to visit! The shop itself is so cute and inviting, and the staff were extremely helpful and friendly! They have other locations in Los Angeles, but this is the only one that carries vegan baked goods from Caffeinated Kitchen (at least for now!). 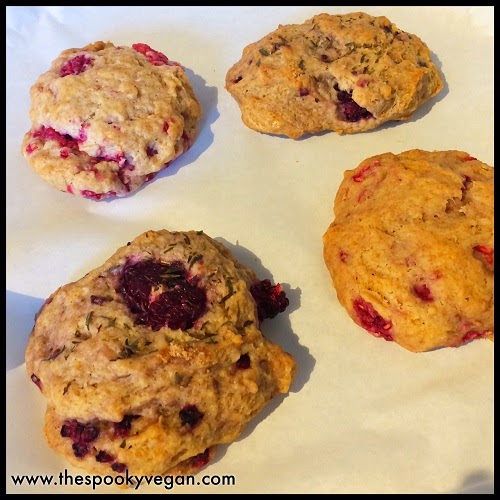 On the day I visited, they had vegan scones in raspberry and raspberry thyme, as well as vegan donuts in lemon, maple bacon, and churro flavors! I was told that they sometimes carry vegan biscotti (drooooool!!!) and other flavors and varieties of vegan desserts that change on a daily basis (I wish I could go there every day!). 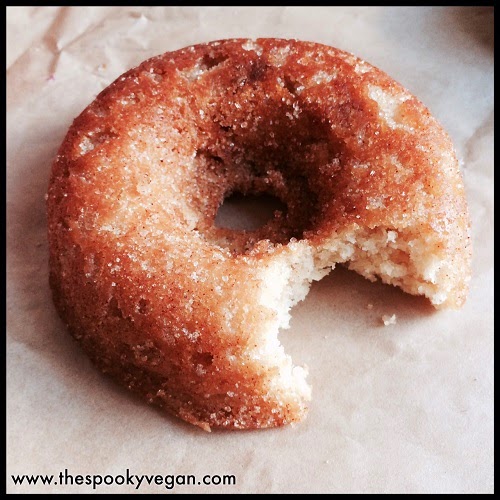 Vegan churro donut! It pretty much sparkles with yumminess!

It was hard to decide, but I finally settled on a churro donut and raspberry thyme scone. The donut was a smaller-sized cake donut, but it was packed with huge flavor! It was covered with sugar and cinnamon on the outside, and had a perfectly moist, cake-like texture on the inside. SO TASTY and pretty much gone in seconds! 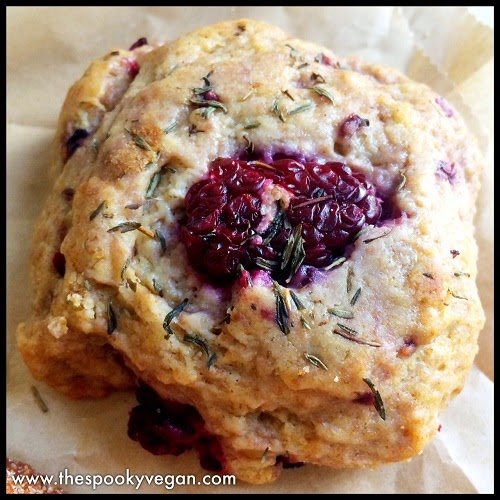 Look at how gorgeous this raspberry thyme scone is!

The raspberry thyme scone sounded too intriguing to not try, and its interesting flavors did not disappoint! The raspberries in the scone were perfectly tart and tasted fresh, and the thyme gave it an herb-y flavor that reminded me Thanksgiving. Look at that beautiful density in that scone!

The donuts and scones were roughly $3 each, and would pair perfectly with a cup of coffee from Cafecito Organico! All of their coffee varieties are fair trade, with a focus on sustainability and direct relationships with their coffee growers. Next time I can't wait to pair a Cafecito Organico coffee with a Caffeinated Kitchen pastry!

I am really excited when I find vegan options, and even more stoked when they taste fantastic, just like these yummy donuts and scones made my Caffeinated Kitchen! I can't wait to go back to Cafecito Organico and try more of these delectable vegan treats!

For more info, visit Caffeinated Kitchen and Cafecito Organico!
Posted by Sarah E. Jahier at 7:30 AM