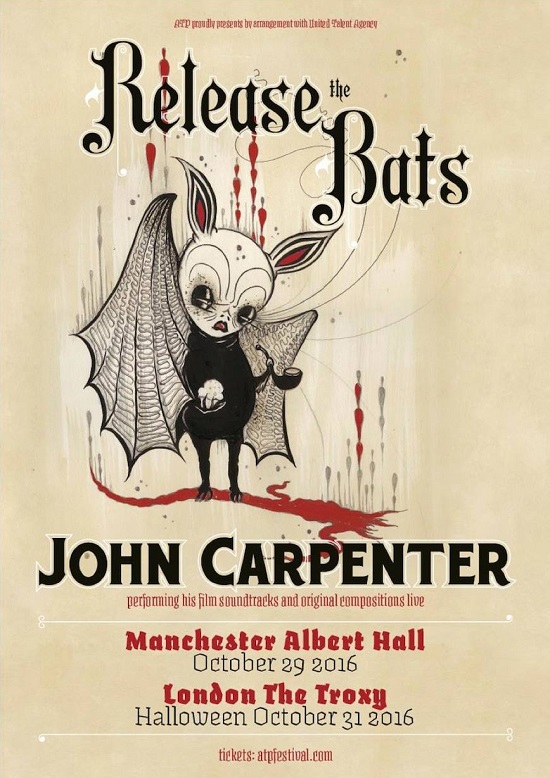 Who wants to join me in England next Halloween to see John Carpenter perform his music from horror movies like Halloween, Christine, and They Live, plus his Lost Themes LP as well as his brand new music?! And by join me, I mean who wants to buy me a plane ticket???

While I'm off daydreaming, why don't you read the official event description via All Tomorrow's Parties:

All Tomorrow's Parties' Halloween extravaganza Release The Bats is back - and it's set to be ATP's most terrifying yet! The Horror Master himself will be headlining the event, which will take place in both London and Manchester.

Next Halloween, John Carpenter will perform - live and in person - a musical retrospective of his horror soundtrack work, his debut studio album Lost Themes, plus brand new compositions. Release The Bats will be held first at The Albert Hall in Manchester on Saturday 29th October 2016, and then at London's The Troxy on Monday 31st October 2016. Both venues will be transformed Halloween style, and attendees are encouraged to dress up for the spooky spectacular

Thanks to Highbury Cemetery for the initial post about this event, where I first learned about it!