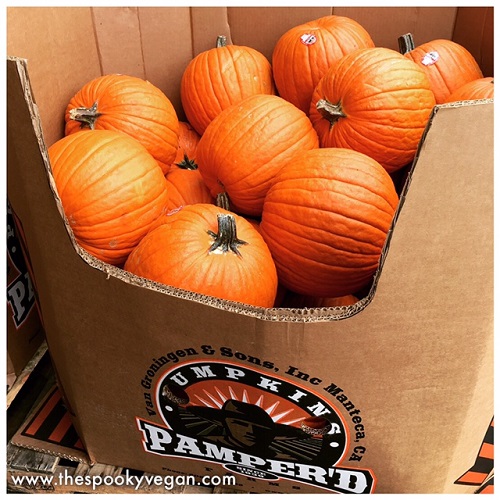 While shopping for Beyond Burgers at Whole Foods the other day, I was excited to see that they had started stocking their end caps with Halloween candy and pumpkin food items! After scrutinizing all the labels, I was so stoked to find that many items were vegan! You can check out my autumn food finds below... 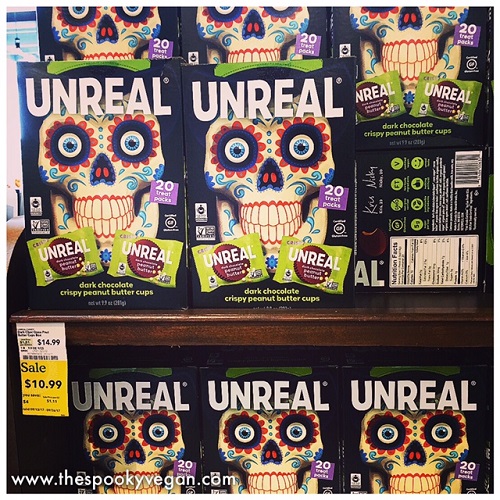 First off, they had Unreal's Dark Chocolate Crispy Peanut Butter Cups (the dark chocolate is vegan, just stay away from the milk chocolate version). These PB cups are heavenly, made with fair-trade chocolate, are vegan, gluten-free, and non-GMO! There are 20 individually-wrapped cups in a box, which costs $14.99 (though they were on sale for $10.99 when I was there), which is a bit pricey, but seriously they are so good the cost is so worth it! 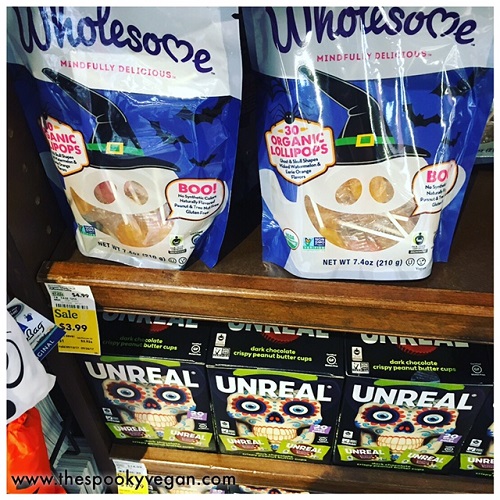 They also had Wholesome lollipops, which are vegan and organic. Plus, you get 30 lollipops for only $4.99 (or $3.99 on sale!), which is a pretty awesome deal for organic candy. I haven't tried these yet, but I almost bought them based on the adorable ghost packaging.

These were the only vegan candies they had out when I visited, but I'm sure they will have more...I'll keep you updated if I spot any more vegan Halloween candy at Whole Foods.

They also had end caps stocked with pumpkin and autumn foodie goodness! Here are the vegan options they had: 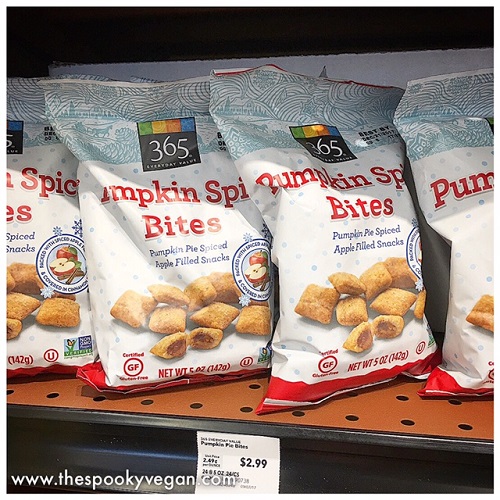 These Pumpkin Spice Bites are accidentally vegan and so addicting!
They basically taste like little bites of apple pie with a dusting
of pumpkin pie spice! 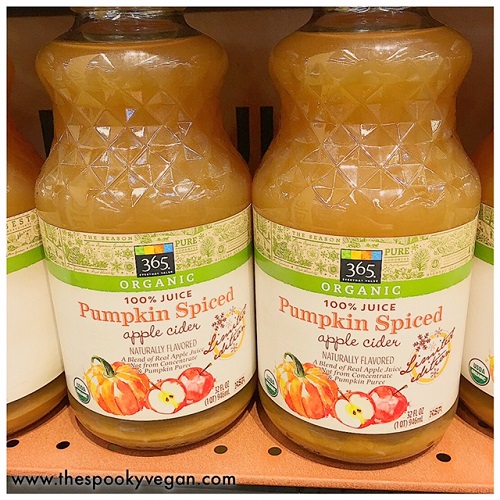 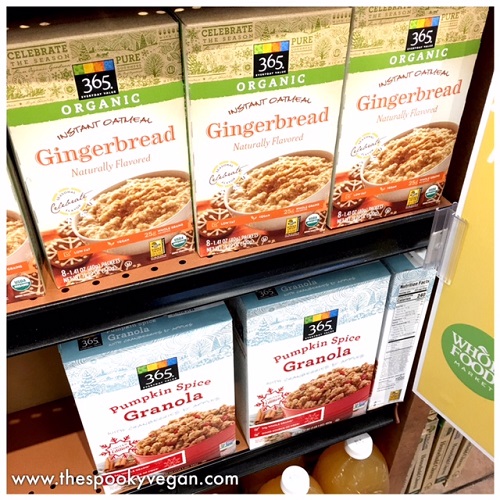 The Gingerbread Oatmeal and Pumpkin Spice Granola are both vegan! It's
so rare to find granola that doesn't contain honey, I was so happy this one
didn't contain any! 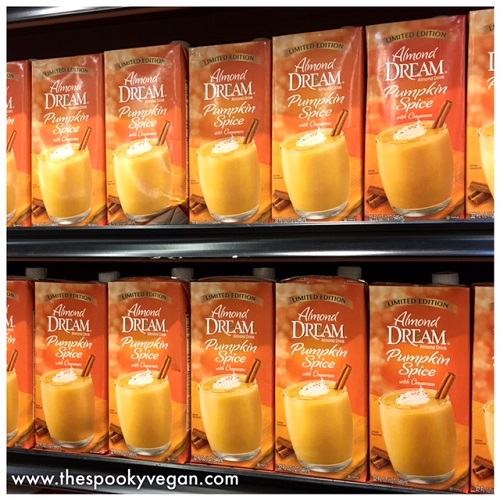 Almond Dream Pumpkin Spice - love this drink and it's awesome to put in
coffee or make a tasty pumpkin spice drink with!

I'm expecting lots more vegan Halloween candy and vegan pumpkin items to hit Whole Food shelves throughout the season - stay updated on the latest and spookiest by following me on Instagram, Twitter, and Facebook.