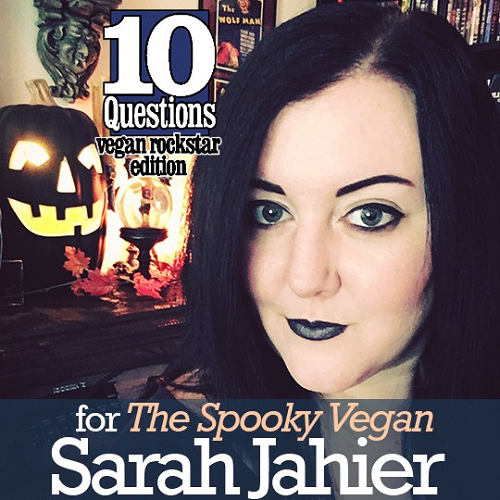 I was incredibly honored that Marla Rose of Vegan Street asked me to be part of their vegan rock star interview series! I have admired Marla and her fiercely informative website for years, which covers hot vegan topics, product reviews, interviews, and more. I love how the website is inclusive of all vegans (and vegan-curious) and shares a wide variety of voices in the vegan community.

I am so thrilled to be part of Vegan Street's interview series, which has included interviews with vegan activists, authors, chefs, directors, actors, writers, athletes, and so many other illustrious vegans (how the heck did I get chosen, haha!). I had such a fun time answering ten questions about going vegan, being vegan, and staying vegan in this spooky world. Check it out HERE!

Until next time, stay spooky!
Posted by Sarah E. Jahier at 4:00 PM

Email ThisBlogThis!Share to TwitterShare to FacebookShare to Pinterest
Labels: about me, interview, vegan, vegan community