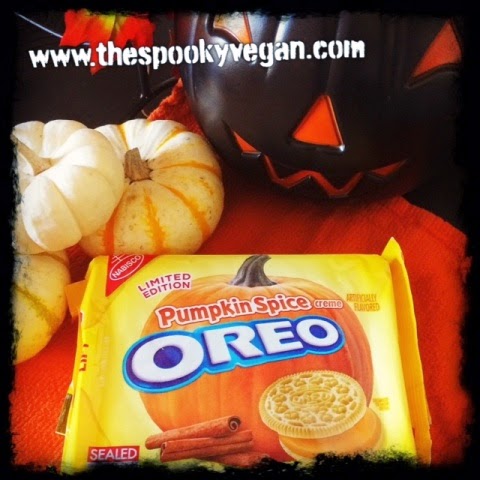 First things first - I checked that these were also "accidentally vegan" and they were! Please note that this IS junk food, so obviously these are not healthy. Also, take care if you have strong feelings on sugar that might be processed using bone char (Nabisco uses different sugar vendors, some that use bone char for processing and some that don't, but you never know which one you may get), so if you feel strongly on the sugar issue you'll probably want to skip these. On a personal note, I abide by the 99.99999% vegan rule and try not to stress too much about potential trace amounts of possible animal ingredients. For me, veganism is all about intent and not perfection, and I believe on focusing on the big picture and doing the most I can for the animals, instead of driving myself crazy with possible amounts of trace animal ingredients. If you would rather avoid these types of products, more power to you, and do what feels right for you!

Now that's out of the way, back to the review!

When I ripped open the Oreo package, I was hit with the sweet and spicy scents of pumpkin, cinnamon, nutmeg, and ginger. The cookies smelled just like a delicious pumpkin pie! However, they tasted different than what I had anticipated, almost a little too spicy and not enough sweet. They tasted more like gingerbread to me rather than pumpkin spice. I think the spice flavor overwhelms the pumpkin flavor, and so the cookie loses some of its autumn "essence", if you will.

Even though it had a different flavor than what I was expecting, it was still a good cookie! I feel like it might be a little more appropriate for November/Thanksgiving rather than Halloween, but I still enjoyed this flavor.

Have you tried both? What are your thoughts?

You can find the Pumpkin Spice Oreos at Target and grocery stores. I believe the Caramel Apple flavor is exclusive to Target.
Posted by Sarah E. Jahier at 7:30 AM